Year round-ups by others

It's that time of the year, when people start putting together blog posts proclaiming their favourite reads/films/songs of the year.  It's always nice to get a mention and, already, I'm in two.

First up with we have Jim Mcleod who runs The Ginger Nuts of Horror website, which is a great resource for genre fans and writers alike.  A long-standing supporter of my work, I'm always chuffed to see myself mentioned anywhere at all on the blog (Jim picked "The Mill" as 'one to read' last year) and this year I get two mentions.  One means a great deal to me indeed, the other I am equally thrilled with though I won it with what my mother gave me! 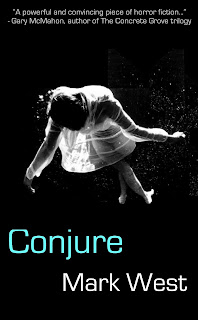 First up is "THE GINGER NUTS OF HORROR CHRISTMAS GIFT GUIDE" (which can be found at this link).

In the "FOR THOSE WHO LOVE THEIR HORROR WITH AN EMOTIONAL PUNCH" sub-section, he's chosen "Conjure" along with "Where You Live", by my friend Gary McMahon.  Really chuffed to see my book in there, really glad it worked for Jim and it's a thrill to be listed alongside Gary.  Great stuff! 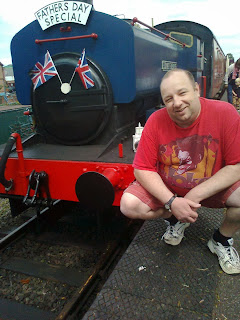 Secondly (and in a decidedly lighter mood), Jim presents "THE GINGER NUTS OF HORROR AWARDS 2013" (which can be found at this link)

Amongst various awards (including Willie Meikle winning for best beard, Gary for best ginger, the elegant John Llewellyn Probert picking up best use of a smoking jacket, in addition to sharing best couple with Thana Niveau, Simon Marshall-Jones (of Spectral Press) winning best bald head Best and Johnny Mains walking away with Genre Scotsman), I picked up "Best Legs in the genre".

(this is the picture that clinched it - me, at Rushden transport museum in 2012, picture by Dude)


The next blog is James Everington's Scattershot Writing who, again, has been a great supporter of my work (and I got to spend a day hanging out with him this year at the Andromeda One convention (which I blogged about here)).

James is presenting his "Best Short Stories of 2013 (Somewhat Biased & Woefully Uncomprehensive)" list and includes my "The Bureau Of Lost Children", from "ill at ease 2".  I'm thrilled to be in such great company (including my "ill2" cohort Shaun Hamilton) and chuffed to be included.