The Bestiarum Vocabulum: 2 (TRES LIBORUM PEOHIBITORUM) is published today, from Western Legends Publishing.  The brainchild of super-editor Dean M Drinkel (and a follow up to his “The Demonologia Biblica: 1 (TRES LIBRORUM PROHIBITORUM)”, which I blogged about here), this is another massive anthology of 26 stories, dealing with mythic beasts and demons. 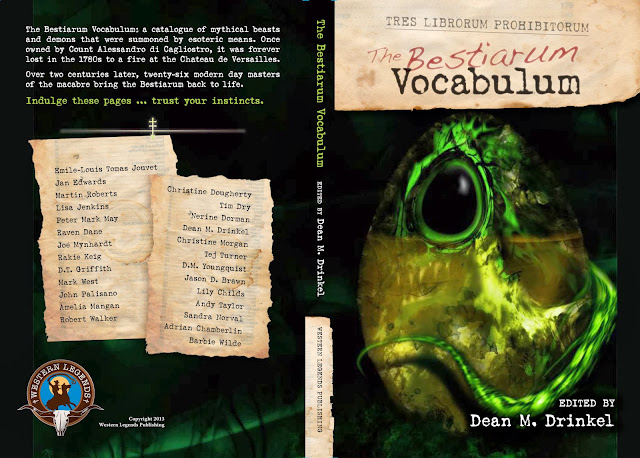 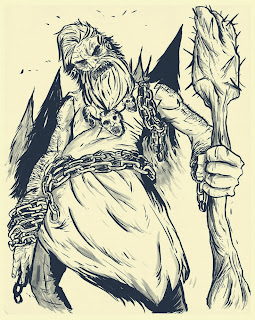 Following on from my story in the Demonologia Biblica, Dean asked if I’d like to contribute to another, this time dealing with monsters.  I readily agreed, was given the letter J and found an English legend called Jack In Irons.  As per the quote I use as source at the end of the story, he is a “mythical giant who haunts lonely roads, is covered with chains and wears the heads of his victims. He wields a large, spiked club and may be seen at any time after dark, appearing suddenly in order to carry off unwary pedestrians to unknown regions.”  And that was me done.

I did some research on Jack (and found this picture of him too) but most of the moors stuff comes from our holiday the year before we had Matthew.  I did check Google maps but the views and the roads are all my personal recollections of the Lake District and the moors, all rolled into one and the name of the village - ‘isenhelm’ - is the Old English word for iron (helmet).

I enjoyed writing the story and, once again, I’m pleased to be involved in such a great project.
Posted by Mark West at 10:36:00