When it comes to horror, I’m willing to embrace most of the sub-genres and enjoy them for what they offer. Sometimes I like a good ghost story, sometimes I like a good action-led piece, sometimes (looking at you, Gary McMahon) I like them bleak and sometimes I like them old-school, with lashings of sex and violence. I began reading horror in the mid-80s, when gore was good and over the past few years, thanks mainly to Johnny Mains, I’ve begun collecting and re-reading the trashy, sleazy horror from the late 70s/early 80s (especially from Brit houses, such as NEL, Star and Futura). Also, thanks to my reviewing commitments with VideoVista, I discovered Shameless and Arrow, re-releasing on DVD old 70s and 80s sleaze extravaganzas. I’ve been like a pig in the proverbial, I tell you, catching up with titles (books and films) that I’ve been after for years but haven’t been able to find.

Late last year, I was involved in Hersham Horror Books’ “Fogbound From Five” - a five-writer-collection edited by Peter Mark May. It’s a classy paperback, a good size and has some excellent stories. I didn’t realise, at the time, that Peter was planning on making this style into a series - which he’s called PentAnth’s. The second edition, due in September of this year, is Stuart Hughes’ “Siblings” and I have no doubt it’ll be excellent - Stuart’s an excellent editor and he’s got some great writers lined up.

Then Peter asked me if I’d like one. It took me about a second to say “yes, of course” and about a minute to come up with a pitch of what I’d like it to have as a theme.

The book has now been announced on the Hersham Horror Books site and if I tell you the title, you’ll guess the sub-genre straight away.

“Anatomy Of Death In Five Sleazy Pieces” (how cool is that?) will appear in both print and digital editions in March 2013. It will contain stories by Johnny Mains, Stephen Bacon and my good self, plus talented newcomers Selina Lock and Andrew Murray (the latter’s an Aussie and I’ve told him that if he wants to mine the Ozploitation field, he’s more than welcome!) and I will be producing the cover art (probably in league with Neil Williams again).

It’s a long way off, of course and I have no idea what my story is going to be, but I’m very chuffed about this. I hope you will be too.

It combines my deep appreciation of the father/son bond and Stormtroopers. How can this not be a win-win situation? 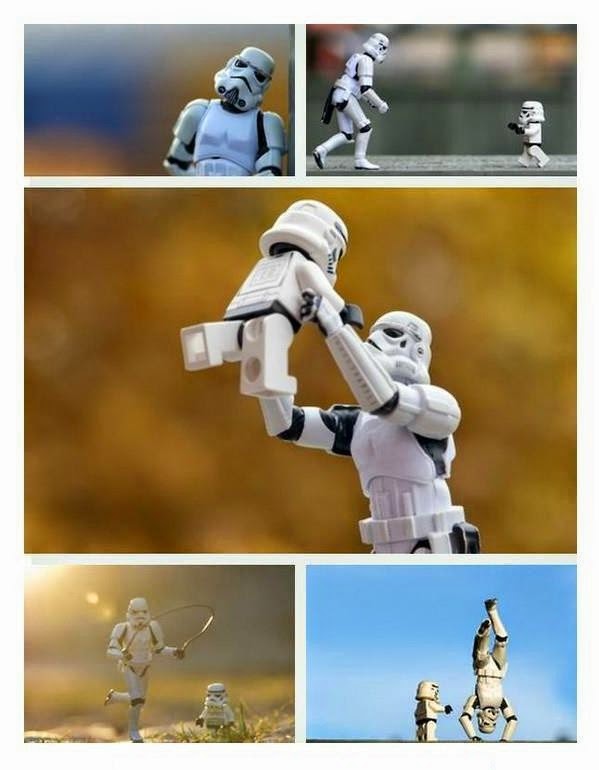 (I don't usually have blog tours coming through here but, for the first time ever, I've made an exception for the lovely and hugely talented Cate Gardner. Support her work, folks, you won't be disappointed).

"The Travelling Theatrical Tour: Diary of a Horsewoman"


Thank you to Mark for allowing me to invade his blog so that I can celebrate the release of my book, Theatre of Curious Acts.

The following page was found on a road made from teeth and toenails….

Tuesday
Actually, it's always Tuesday here. Or that's how it feels. Why name the days when they all have the same goal… Bloody hell, I think my sigh just toppled several trees. Sometimes it's cool to be apocalyptic.

Today, a rabble of schoolchildren took a wrong turning during a school trip and wandered into the Worm World Market. My sisters are convinced the children are whom we've been waiting for. The apocalypse is nigh. Overdramatic or what? Personally, I think they just don't like children. And I know the children don't like us. Such caterwauling.

I think I saw one of those schoolchildren hiding behind The Collector. He can't protect them all.

Thursday
I'm going to take up knitting. I'm sure I could knit a scarf the length of the Anabiosis Station. I'll use intestines in place of wool. How long do those things stretch? I read it somewhere. Will make a mess of the floor, I suppose.

I don't care about the floor.

If I could find those children, I'd unravel them.

Friday
Knit one, pearl one, stuff another in the barrel and leave it to rot.

Saturday
We had a riot here last night. An absolute riot. The patrons of the Apple Seed Inn tumbled down the hillside cracking both themselves and the ground open. Thankfully, no more children crept out.

Sunday
A day of rest - or so the local market traders claim - but we all know there's no rest for the wicked. In fact, Blanche carves that saying into those she conquers. I bet it hurts when they sit down. I'd quite like to sit down for a moment or a millennia or until the world ends.

Monday
Is it the end of the world yet?

And the answer to the lady's question can be found in Theatre of Curious Acts which is available at all good bookstores. 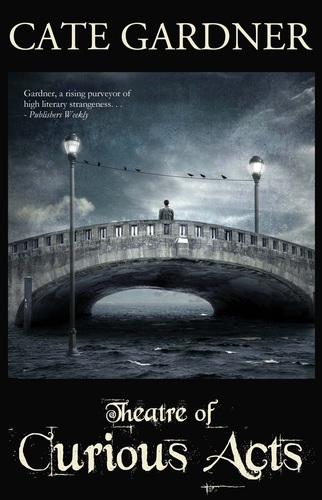 Returned home from the Great War, his parents and brother in their graves, Daniel walks a ghost world. When players in a theatre show lure Daniel and his friends, fellow soldiers, into a surreal otherworld they find themselves trapped on an apocalyptic path. A pirate ship, helmed by Death, waits to ferry some of them to the end of the world.

Already broken by war, these men are now the world's only hope in the greatest battle of all.

More information is available at www.categardner.net
Posted by Mark West at 01:02:00 5 comments:

My story "Looking At Me, Seeing You" will be sharing space with some excellent names and I can't wait to see the book.
Posted by Mark West at 00:34:00 2 comments:

Happy New Year to everyone!

Hope your festive season went well and now, here we are, in 2012 and January is already 10 days old! Where does the time go?

One of my Christmas highlights was an influx of Nerf guns (we bought one design for him and for me, my sister-in-law Flo bought him another design and got me one too), leading to some running battles that were great fun (and often led to Alison’s call of “what’s this bullet doing behind the fish bowl?”).

Writing wise, I’m currently working on a ghost story, set on the east coast (surprise, surprise) but set slightly further north than my beloved Yarmouth/Heyton area and I’m hoping to have at least the first draft completed this week. I’ll let you know how things go with it.

I’m also getting involved with some comedy too, as my friend Jon is taking his first steps into stand-up. I’ve written a couple of pieces, which I’m sure he won’t use, but we’re off to the "We Are Most Amused - at the Vic" comedy night this Thursday and having a meal beforehand to discuss his material. Very much looking forward to it.

Over Christmas, there was a new ad for Sainsbury’s on TV and Alison said it reminded her very much of me & Dude. I saw it and knew what she meant and, because this is my blog, I’m going to post it here. As an aside, you can - for the briefest of moments - see the Royal Albion Hotel (where I attended the 2011 Fantasycon).