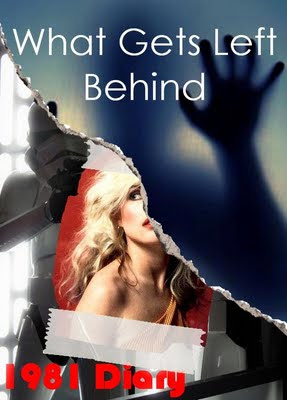 You couldn't make it up!

From today’s Evening Telegraph - “Kettering General Hospital is considering asking staff to take five days unpaid leave in a bid to cut almost a 10th of its budget.

The hospital is also considering buying cheaper medicine and reducing the number of patients staying overnight before surgery as it tries to cut between £12m and £15m from costs.”

Wow, this is incredible.

Now I have friends (and a relative) who are nurses at this hospital and they do an absolutely fantastic job. Everytime my son has been in (from his birth and subsequent stay in the special care unit and on), he’s been treated brilliantly, as have I and my family when we’ve needed to call upon their services. I’ve had no complaints which is why I find it infuriating that, when needing to save £15m, acting Chief Exec Mike Smeeten suggests unpaid leave for staff and cheaper medicines?

Might I advance the opinion that, before he does this, he publishes a list of senior management salaries and bonuses’ (including his own and, presumably, the much higher fee when a permanent person is found, along with the agency fee they’ll trigger and the pension contributions), middle management manning levels, salaries and bonuses and also any outside consultancy fees (because, as we all know, big businesses meant to be doing the best for us can next survive without platoons of outside consultants)? And, whilst he’s at it, what’s the ratio of permanent employees to locum/agency staff?

I know the NHS is suffering at the moment - it’s happening all over the country - I know they have to make deep and painful cuts but seriously, it’s a hospital, it’s there to care for people. Keep the nurses doing what they’re doing and look elsewhere - non-nursing/direct staff, waste, manning levels, purchasing, you know, the stuff that normal private sector companies have to look at - before you start impacting on everyone’s lives.

Oh - and while you’re at it, take a brush to the corridors!

New interview up at Ginger Nuts Of Horror

There’s a new, quite indepth interview with me up at Jim McCleod’s excellent ‘Ginger Nuts Of Horror’ website. I talk about writing in general, my longer works, doing cover art and my thoughts on electronic publishing.

I hope you enjoy it and, as always, feedback is welcome!
Posted by Mark West at 11:44:00 No comments:

On research and procrastination

A big chunk of “The Shrieking Dead” takes place in 1981 and I researched that year thoroughly, even though I’ve only used a handful of cultural references so far (and doubt I’ll put many more in). I like research, I enjoy doing it and I think if you’re writing something rooted in the easily-remembered past, it’s worth doing properly.

At the moment, I’m reading a very good book called “Lovers And Losers” and a chapter takes place in 1977, where our two heroes go to London on the train during the summer, to buy some punk gear from Malcolm McLaren’s shop. The writer clearly knows his stuff but then mentions that a cinema on the King’s Road is showing “Star Wars”. That pulled me out of the narrative - everyone always says that “Star Wars” came out in 1977 and it did, in America. However, the UK premiere (see http://www.mjsimpson.co.uk/starwars3.html and http://www.information-britain.co.uk/famdates.php?id=1356) wasn’t until December 27th of that year. Easily checkable.

Anyway, I’m writing this because I’m procrastinating too - I need to revise “The Shrieking Dead” (officially, it’s the second draft but it’s really the third) and I’ve put together my notes (from three separate folk) and have three different viewpoints. Bugger. However, I’m a relatively smart writer so I’ll give priority from the notes my editor sent me!
Posted by Mark West at 12:36:00 No comments:

A trailer for "Terrafly" has surfaced!

Bloody hell!  Somebody's found - and uploaded - a trailer Walt Saxby made for Roger Sinclair's last film.  I thought this had been lost forever but here it is, in all it's glory.

(be warned, contains scenes of violence!)