"The Mill" is now available as an eBook, from Tim C Taylor's Greyhart Press.

Previously published in the acclaimed Pendragon Press anthology "We Fade To Grey" (edited by Gary McMahon), "The Mill" is a story about grief, guilt and coughing ghosts and, according to Mark Morris, "is one of the most moving pieces of writing I have read in a long time".

If you choose to give it a chance - and I hope you do - I hope you enjoy it.

Pick it up from Amazon.co.uk here

"The Mill" in the Greyhart Press catalogue 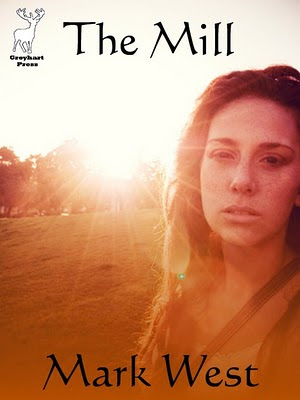 Email ThisBlogThis!Share to TwitterShare to FacebookShare to Pinterest
Labels: greyhart press, the mill

The wonderful writer Greg James has just finished reading "Conjure" and left this mini-review on my Facebook wall. I'm really quite chuffed about it!
"What really worked for me about this novel was its evocation of the decaying resort towns along the coast of East Anglia that I grew up in as well as supernatural elements that were reminiscent of folktales from the same area. In this way, it is a very British story. Lastly, I would also like to comment on the writer's talent for smooth, naturalistic dialogue; never easy to pull off and always a joy to read."
Posted by Mark West at 22:51:00 No comments:

A "Drive-by" interview with me

Thanks to the lovely - and very talented - Angela Slatter, I have a new interview up at her website, as part of her drive-by interview series.

Freshly available at Amazon right now (in a gorgeous print edition and also as a Kindle eBook) is "Alt-Dead", edited by Peter Mark May and featuring a whole host of cracking writers and stories (including one by me, but don't let that put you off!). It also has some pretty nifty cover art too!

Click the link and give some small press writers a chance! 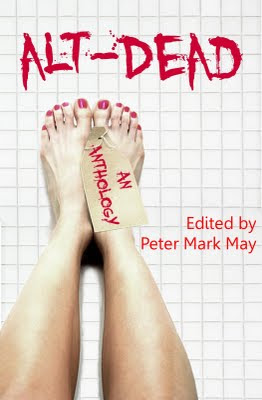 I’ve been remiss in not posting to this blog more often - we went on holiday, to Caister, the week after the riots (re: lawless opportunism) and I found two terrific bookshops that I intend to blog about (18 books purchased over the course of a week, I loved it), but time hasn’t been on my side.

However, to distract from work issues and to further procrastinate from writing anything, I’ve decided to update my Goodreads.com account. Up until now, for the most part, I only posted books I’d read and/or reviewed over the past 9 years (when I started recording my reading habits). Now, I’ve decided to go back and add books on my shelves (that I’ve read) because, hey, it seemed like a good idea when I started it. 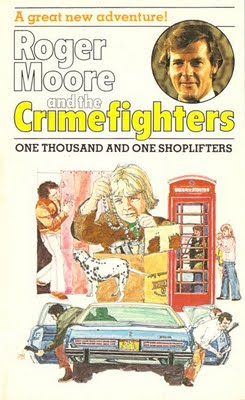 Two things have struck me. One is that the availability of Penguin cover scans, from the 80s and 90s, is dire. I appear to be the only person in the whole world who’s read Reynold Dodson’s “Urban Renewal” (I liked it a lot), because it has no reads/reviews/stars on Goodreads and I can’t find the cover image of the edition I have anywhere.

The second is that books from my childhood are slipping away. As a massive Three Investigator fan, I discovered - in the late 70s - a series of books about Roger Moore and The Crimefighters (published by Everest Books through 1977), but when I read them, I wasn’t overly impressed and gradually lost my copies as the years went by. I found one - “The Siege” - on eBay and bought it a couple of years ago, though I haven’t re-read it yet. There were no covers on Goodreads and only the most basic of information, so I checked around, found out some info and beefed the profiles a bit. 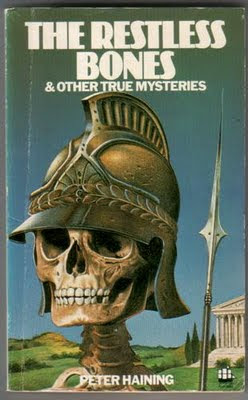 Sadly, I also had to do that for “The Restless Bones” (Armada Books, 1978), by Peter Haining, a collection - the cover of which drew me in immediately - of ten true-life tales that was one of the first spooky books I ever owned (purchased, for 50p, from the school Bookworm club). I’m writing this 33 or so years after I first read them - though I went back through the book constantly as a kid - and yet some of them, especially the title story, still stick vividly in my mind. Re-reading the contents page (the book’s been on my shelves forever, but it’s not something I often take out to look at), I saw there’s also "The Trail Of The Devil's Footprints", based around the same incidents that haunted me so badly from the Arthur C Clarke series.

But reading the title of the last story sent a delicious chill down my back because the kid-version-of-me, nine years old and laying in bed, reading by torchlight, was forever terrified by “The Voice In The Graveyard” and its plaintive cries of “please help us…” I like to think that maybe it’d still be quite chilling to read, even now, even after all the horror novels I’ve read since.

I’m a little sad that the book is dropping out of sight, but re-assured also that - in some small way, by updating info of it online - I can try and keep it visible for a little longer. It’s also very heartening to hold it, proud of my 9-year-old self for keeping his once-favourite book in such immaculate condition after 33 years. I’ll bet eBook editions don’t last that long!

Long live the paperback!
(just in case you're interested, all of my reviews are here - http://www.goodreads.com/author/show/640719.Mark_West)
Posted by Mark West at 01:39:00 No comments: