When Sam Murphy's seven-year-old daughter Janey starts to suffer night terrors, he does his best to assure her that Mr Stix - a voice from the shadows who says "mean things" to her - can't hurt her.

Sam later finds the grotesque Mr Stix in the family bathroom and then his terrified wife tells him the story of her own childhood night-time fears. 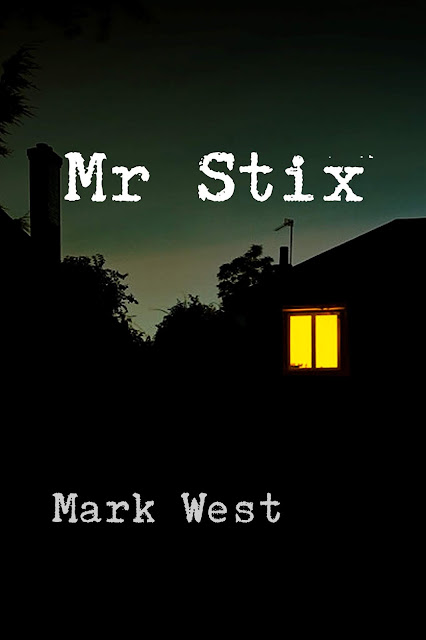 I wrote Mr Stix in January 2013 at the request of Ross Warren, who asked me to contribute to his anthology For The Night Is Dark.  The brief, basically, involved being scared of the dark and I spent ages trying to come up with something, getting slightly panicked as the deadline approached.  Then, one night, I woke up to find Dude standing beside our bed and that was it - a kid, waking up and getting into the parents bed and the dad hearing/seeing something.

Whenever I wrote horror stories about fathers and children, it was usually me and Dude but since I didn’t have a firm idea of who was going to walk away from this, I made it father-daughter.  I used our house layout for the story (except the bathroom is, in reality, our study/spare room) and didn't quite know who or what Mr Stix would be until I wrote him/it.

The story was published in the anthology and seemed to go down very well, so much so that I included it in the line-up for my second collection, Things We Leave Behind.


"Went straight to Mark West's MR STIX to see what all the fuss was about. The fuss is warranted, it's a very good, creepy story. Maybe his best yet."
- Johnny Mains, author, editor and horror aficionado

If you're not in the UK, you can use this link - http://viewbook.at/Markwestmrstix