The Mystery Of The Talking Skull, by Robert Arthur

Excitedly they searched the old chest.  Jupiter was sure they would find a vital clue from the post.  Suddenly Bob exclaimed: "Look!  Under that purple cloth!"  Before them lay a gleaming white skull...

There are surprises for The Three Investigators when they buy an antique trunk.  For its spooky contents lead them on a thrilling treasure hunt - and into the middle of a sinister plot...

Jupiter Jones decides to visit an auction and, whilst there, purchases an old trunk for one dollar.  It turns out to have once belonged to a magician named The Great Gulliver, who disappeared in mysterious circumstances (following a bank robbery he was innocently mixed up in) and now his trunk is attracting a lot of interest, from gypsies, fellow conjurors and some unpleasant thugs.  When the boys find the set piece of Gullivers act, a talking skull called Socrates, it leads them to several clues and a race against time to find the stolen money before it is lost forever.

This was the last Three Investigator book written by the series creator Robert Arthur (he passed away in May 1969, the year this was published) and is a fitting tribute to him.  Playing on a similar, smaller canvas as his previous title, The Mystery Of The Screaming Clock, this works well and there’s a nice, nostalgic atmosphere to the whole thing.  It sticks close to home - a lot of the action takes place in the Jones Junkyard - but when the book ventures into Los Angeles, it’s to the more rundown areas of the city (“…everything needed paint and repair.  The few people on the street were quite old.  It seemed to be a street where elderly people with small incomes lived”).  This tinge of melancholy is echoed when the boys are on the trail of the money, with a house “that moves”, where Arthur bemoans the fact that old neighbourhoods are being torn down to make way for yet more freeways.

Characterisation, as ever, is spot on with some good repartee between the boys and it’s nice to see Uncle Titus play a much larger role than usual (Aunt Mathilda’s involved too).  Of the supporting cast, Chief Reynolds has a good part (and a nice counterpoint in his stand-in, Lieutenant Carter, who wants nothing to do with the boys) and the criminal gang - Three-Finger Munger and his associates Leo The Knife and Babyface Benson - are played admirably straight.  There’s also a nice nod to The Secret Of Terror Castle with Zelda the gypsy (though in that book, Zelda was comrade-in-arms to Gypsy Kate).  As with all Arthur stories, the mystery is solid and well-thought out and although there are no Sherlock Holmes references this time, Jupiter does allude to a real book - Lord Chizelrigg's Missing Fortune, by Robert Barr - which is a nice touch.  With a good pace, strong atmosphere and a wonderful use of location, this is a very enjoyable read and I’d highly recommend it.

I like both of the paperback covers Peter Archer produced (different angles of the same scene), particularly because they give us a view of the junkyard which - bearing in mind its importance as a location in the series - is rarely seen in the artwork.

The internal illustrations for the UK edition were drawn by Roger Hall.

Thanks to Ian Regan for the artwork (you can see more at his excellent Cover Art database here)
Posted by Mark West at 09:00:00 2 comments:

Leonard: My Fifty-Year Friendship with a Remarkable Man, by William Shatner (a review)

In a new edition of the occasional series, I want to tell you about a book I've read and loved, which I think adds to the genre (biography, in this case) and that I think you'll enjoy if you're a fan (though if you were a fan, you've probably already read this...) 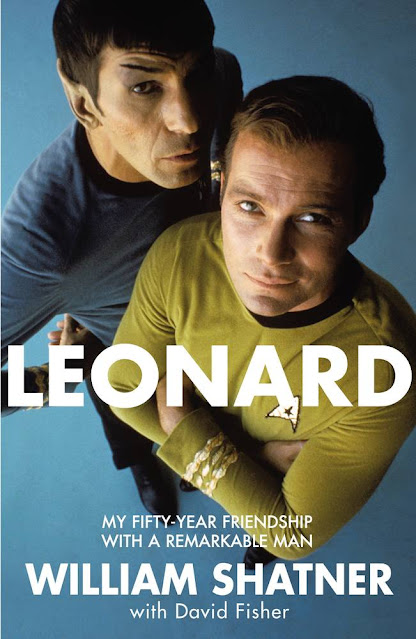 Leonard Nimoy and William Shatner first crossed paths as actors on the set of The Man from U.N.C.L.E. Little did they know that their next roles as Spock and Captain Kirk, in a new science fiction television series, would shape their lives in ways no one could have anticipated. In seventy-nine television episodes of Star Trek and six feature films, they grew to know each other more than most friends could ever imagine.
Over the course of half a century, Shatner and Nimoy saw each other through personal and professional highs and lows. In this powerfully emotional book, Shatner tells the story of a man who was his friend for five decades, recounting anecdotes and untold stories of their lives on and off set, as well as gathering stories from others who knew Nimoy well, to present a full picture of a rich life.
As much a biography of Nimoy as a story of their friendship, Leonard is a uniquely heartfelt book written by one legendary actor in celebration of another.
I wasn’t ever the biggest Star Trek fan (although I watched the TV show and enjoyed the original cast films) but picked this up after reading Shatner’s making of book for the fifth film.  I was aware of him from a great many things, but Nimoy was more of a mystery to me and I found that intriguing.  My first hint he wasn’t just Spock was reading in Starburst magazine that he was in Invasion Of The Body Snatchers (and he’s very good in it) and if him being in a horror movie was a surprise, equally so was jumping forward a decade or more to the fact he directed the very entertaining (and very successful) Three Men And A Baby.  So I took to the book not knowing quite what to expect but thoroughly enjoyed it.  Although Shatner charts Nimoy’s life from his beginnings in Boston and right up to his death, he also charts his own life (the ups and the downs, with Nimoy being of particular help when Shatner’s alcoholic wife took her own life) but this doesn’t feel crammed in and makes the friendship between the two men that much more special.  In fact, friendship is one of the driving factors of the story, with Shatner lamenting he doesn’t find it with many people and that he and Nimoy shared an extremely strong one, after a rocky start. 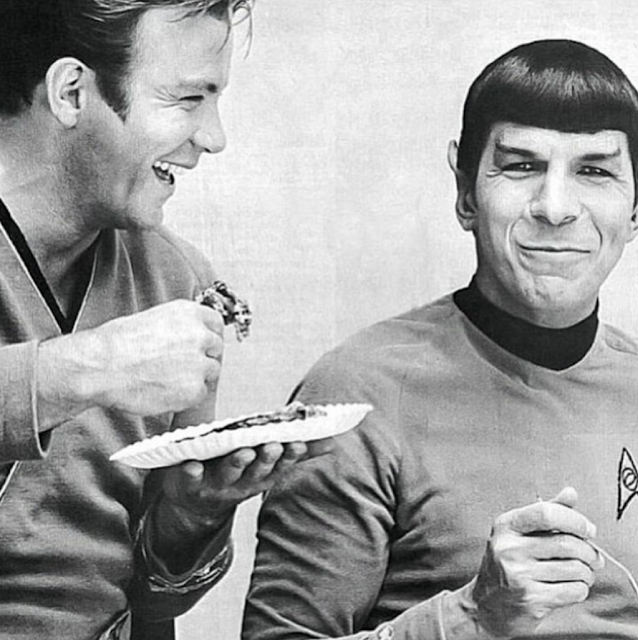 Nimoy is painted as a hugely creative and driven man (and troubled too, with alcoholism and family issues, both of which he thankfully worked through), working hard to establish himself and being true to his vision, even if it got him into trouble.  Shatner’s memories, aided by those of Adam Nimoy and other friends, paint a wonderful warts and all portrait of Nimoy, told in a brisk and breezy style (you can almost imagine him sitting across from you, having a chat) that ensures this is a quick read.
Honest with his own feelings and the issues between them throughout, in the final two chapters as Nimoy’s health worsens, Shatner reveals there was a falling out he never properly understood and it’s with this bitter-sweet realisation the book ends (he clearly laments the loss). 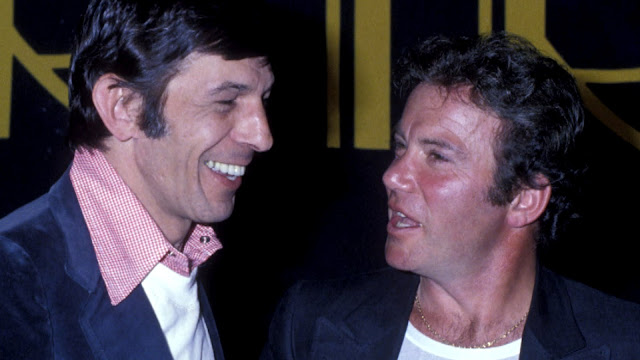 Lovingly related and very moving at times, I thoroughly enjoyed this and would highly much recommend it even if you’re not that big a Trek fan.