The End, by Gary McMahon

My friend Gary McMahon has a short novel coming out in time for FantasyCon called “The End”. I read it, to crit it for him and hands down, it’s one of the best things I’ve read in a long time. Seriously good stuff.

He’s just posted about it on his own blog here and has used some artwork I did for him as a kind of ‘placeholder image’, until the proper cover art is finalised by NewCon Press. Said artwork is to the left of this.

I’m really chuffed about this and would highly recommend the book to anyone who likes their horror fiction dark and bleak.
Posted by Mark West at 11:52:00 No comments:

I appear to be off again! I have guidelines for an anthology - no pay, but it’s for a very good cause - and I’d love to be involved. I read the guidelines again and again, no inspiration for me at all, but there was a suggestion of other stories. I read part of one, got an image of clowns chasing a man, quickly realised that the clowns weren’t really the problem (point of interest - I don’t like clowns at all) and the whole story pretty much formed in my head.
Since Friday, other key parts have dropped into place and the final piece came along this evening, just before I went in for my Fiction Factory chat. Now I just have to write it…
Posted by Mark West at 20:25:00 No comments:

A beautiful song, that tells a real story. In fact, there's plenty of imagery here that I think would lend itself wonderfully to a horror story. But there you go, that's probably just me...

Casting myself out there

“Mr Huxton Goes Camping”, my first short story in six years (how is that possible?), has just been submitted to the market it was kind of written for. I’ll be honest, I’m as nervous as hell so wish me luck.

I was also invited to contribute to an anthology and have re-worked an older story to send to that. Once again, nervous as hell about it, so any good luck you have to spare would be greatly appreciated.

In other news, Matthew & I went to get some diesel last night and he asked, out of the blue, if I could “leave black marks on the road”. Of course, said I and since we were on the back road, I did as we left the traffic lights. He was thrilled, laughing his head off and I felt good that I’d made him so happy with something so minor. Until we got home and he raced into the house with “Mummy, Mummy, we left black marks on the road!”
Posted by Mark West at 13:15:00 No comments:

My travels and some writing... 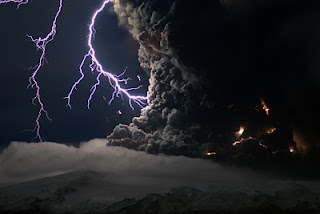 Last week, I was in Paris with work. It was an interesting trip and, on the way back to the airport, my colleague and I stopped off at Notre Dame and sat outside at a café, having a drink and watching the world go by for a while.

The next day, the volcano erupted in Iceland and closed down all air traffic in the UK. To give you an idea of it, this is a picture (which I first saw on Conrad Williams’ Facebook feed) - it’s scary stuff, isn’t it?

In writing news, my friend David has given me some excellent feedback on “Mr Huxton Goes Camping” and I think I’m going to adapt the ending, to follow some of his suggestions. I also had another idea on Sunday - Alison, Dude & I went train chasing on Sunday and stopped off at the unmanned level crossing at Harborough and the location sparked an idea for me. I’ll let you know how that goes.
Posted by Mark West at 23:49:00 No comments:

I'm writing this on our new laptop, the old one gave up the ghost yesterday. This is a weird one though - it's a new style keyboard, with the keypad alongside, so everything's shifted over slightly. I keep missing the Shift Key, meaning a lot of my sentences originally start with \

In an effort to give me a 'kick up the arse' about writing, I've joined an on-line group run by a writer I really respect - the badge is on the right hand side of the page and I'm chuffed that Conrad let me join in.

I have no real idea of what to except, but I'm excited about it all the same - joining Kettering Writers group back in 1999 gave my writing a real kick and I'm hoping that'll happen again now.
Posted by Mark West at 14:05:00 No comments:

The second draft of “Huxton” is now done and off to a handful of pre-readers and so I await their feedback. I’ll read the draft to Alison over the weekend, so I can get a feel for the story-told, as opposed to the story-written and I’ll combine my thoughts, with those of the pre-readers, to come up with the third draft.

It’s weird - after years of not writing a short, to have now created one to 2nd draft in less than a week is quite astounding!

I still don’t know about the ending though and that’s one of the strange things about writing, especially if you work in a genre that requires reaction - shock, for horror; surprise, for a mystery; a good laugh for a comedy. As the writer, you get the initial idea, then you write the first draft, which you read, then you write the 2nd draft, which you read, then you write the 3rd draft. By that time, the story has gone through the mill six times and you don’t really see the words any more, you certainly don’t get a lot of sense from them. So what was shocking as an idea, by the 3rd draft is “ho hum, now we’ll kill them with the steak knife and a warmed spoon”. That’s why the first-readers are essential.
Posted by Mark West at 14:00:00 No comments:

One of my all-time favourites songs, I love this and I don't know that I can explain why that is. I don't suppose it really matters, does it, because that's what music is all about - it's how it touches and moves you that counts.

Sometimes, I do complete stuff

I’ve just completed the first draft of a short story that has the filename of “Huxton1” (I did think of a working title - “Mr Huxton Goes Camping” - but that seems counter-productive now) and I’m really chuffed. Why? Well, this is my first short story since “Risen Wife”, back in 2004 and came about because I realised that as a horror writer, I had to write something. Since “The Day It Rained” fell over last year (30+k words in) and because I can’t quite get into “Project Gash”, I needed to do something. So on Sunday night, I was on the Net and saw some reviews for The Black Book Of Horror and it got me thinking - why not try getting back into shorts? Not as a full-time thing, but it’ll keep my hand in and I can submit them and it’d be nice to have something else accepted.

I wracked my brains but had no ideas (for short stuff, anyway) and, as ever, I worried that my short story engine was conked out. On Monday, we went to Northampton on the back-road and as we re-joined the A43, I saw the field across the way. It had been ploughed and bird-scarers put up - old white feed-bags on broomsticks. For some reason, this struck me as a creepy image and by the time I got to the Moulton Park roundabout, I had about 25% of the story in my head. By the time we’d finished in Northampton and arrived at Irchester, I had another 25%. I started writing that night, terrified but excited.

Progress was better than expected and, on occasion, I employed a technique I’d used with “The Mill”, of writing out of sequence. I don’t like to do it often, but it does sometimes make sense. I had a rough concept of the ending from the start and it evolved as the story did, but it’s not too far away now (though I’ve made it more oblique than my original idea would have had it), yet I’m not sure it works. So I’ll let this rest for a little, work on the second draft and then get some ‘first-readers’. I’ll take my kid sister and my friend David, as they pre-read virtually everything, but I might also target some fellow writers because I’m so unsure about that ending - it’s either bloody brilliant or bloody rubbish and I’m too close to tell which.
Posted by Mark West at 12:37:00 No comments:

This is the demo version of our song "Past The Witching Hour", which was recorded at Rushy End in Northampton in 2000, with Mike and I on guitars and the girls on vocals.
It's a bit rough and ready, but I like it.
The programming was done with some software on the PC which, at the time, was pretty cool but now, I'm sure, is about 1/5th of what much less expensive software is capable of today.
Posted by Mark West at 01:07:00 No comments:

Yay! The Gene genie is back

Alison & I sat rapt in front of the TV last night, as the final series of "Ashes To Ashes" (and, by extension, the Gene Hunt saga) began. It was very good.

"Is he kicking in a nonce?"

This is going back a bit but it's a bloody good song. Apparently, they used to close most of their shows with this and I like that sentiment. When we were in Passionfish, I wrote the lyrics to a song called "On The Floor" and this was in my mind the whole time. I gave the lyrics to Mike (he wrote the music) and when he played it to me later on, it sounded more like T-Rex. Oh well.