Nostalgic for my childhood (a round-up)

This year I posted a few blogs about things from my childhood with this leader:

This is a round-up of those posts, just in case you missed any of them. 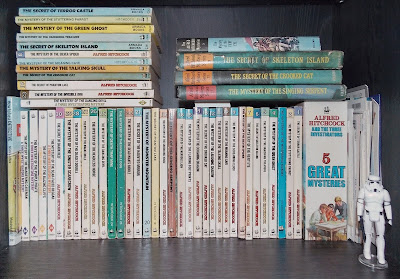 My Three Investigators collection
Seth Smolinske, a fellow Three Investigators fan, has pointed out that 2014 is the 50th anniversary of the series first being published - he has correspondence dating from August 1963 between Robert Arthur (the series creator) and Walter Retan (the series editor) discussing the series - and with that in mind I think I’ll hold off until next year my planned “Nostalgic For My Childhood” post about the Three Investigators and also the remainder of my Top 10 re-read - hey, you have to celebrate these things.  In the meantime, this is my collection. 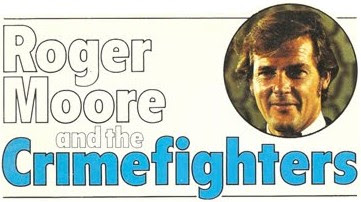 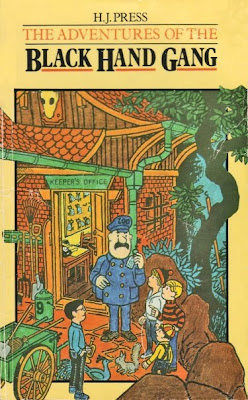 The Adventures Of The Black Hand Gang, by H. J. Press
The stories are great fun and the illustrations still have the power to transport me back in time, making it lovely to revisit them as an adult (whilst trying hard not to guide Dude into finding the clues, but letting him have as much fun with finding them as I did at his age).  My copy, 35 years old this year, still stands proudly on my bookshelf, a little beaten up (at one point, we used it as an initiation to the investigators group Claire Gibson and I were going to set up during the summer of ’78) but still much loved. 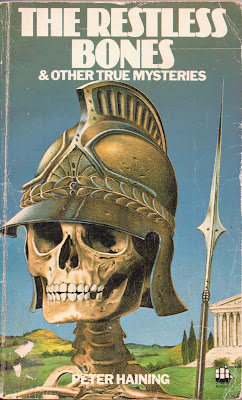 The Restless Bones, by Peter Haining
The killer story for me was “The Voice in the Graveyard”, wherein teenaged Richard, in 1964 Wisconsin, accepts a challenge to spend the night in a graveyard, all on his own.  As I write this, on a sunny afternoon in July 2013, far removed from the nine-year-old me reading it over the 1978 summer holidays, I can still remember the frisson of fear that ran through me when Richard hears a whispering voice plead, “…help us…” 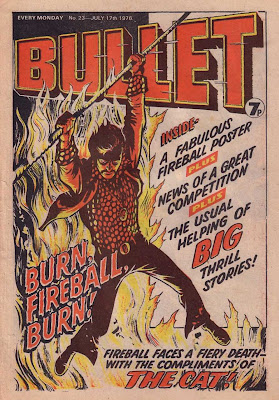 Bullet Comic
I loved Bullet at the time and treasured my pendant, though it has long since been lost to the sands of time.  I did pick up a few copies of the comic through eBay (where they are sold for considerably more than their 7p cover price) and it was a really nice, nostalgic blast reading through them (and I was amazed at how much of the artwork I could remember).  I have noticed that certain comics lines are having old strips re-published in large format editions and I’d love to see something similar happen for Bullet.
Posted by Mark West at 09:00:00