As regular readers might recall, I'm a fan of movie special effects, especially miniatures and a couple of weeks back, I posted a blog about John Richardson and his model work on the James Bond series.  Continuing that theme, this is all about a hero of mine, Derek Meddings (I wrote an appreciation of him last year which you can read here) and his sterling contributions to the Bond series. 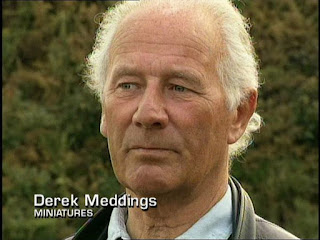 Derek Meddings was born on January 15th 1931 in London.  His father was a carpenter at Denham Studios and his mother was Alexander Korda’s secretary and an occasional the stand-in for Merle Oberon.  After attending art school, he got a job at Denham lettering credit titles and moved to the matte painting department which thrived in the 1950s as they worked for Hammer Films.  He was hired by Gerry Anderson to work on “Four Feather Falls”, “Supercar” and “Fireball XL5” before designing (with Reg Hill) the models for “Stingray” and then “Thunderbirds”, where he was given a free hand to design the series.

Drafted into the Bond franchise by producer Albert ‘Cubby’ Broccoli with 1973’s ‘Live and Let Die’, Derek struck up a working partnership that would last until ‘Goldeneye’ in 1995.  In between the Bonds, he worked on “Superman” (and won an Oscar for his efforts), “Superman 2” and “Batman” (1989), amongst many others.

He died of colorectal cancer on September 10th 1995, aged 64.  Having just finished his work on “Goldeneye”, the film is dedicated to his memory. 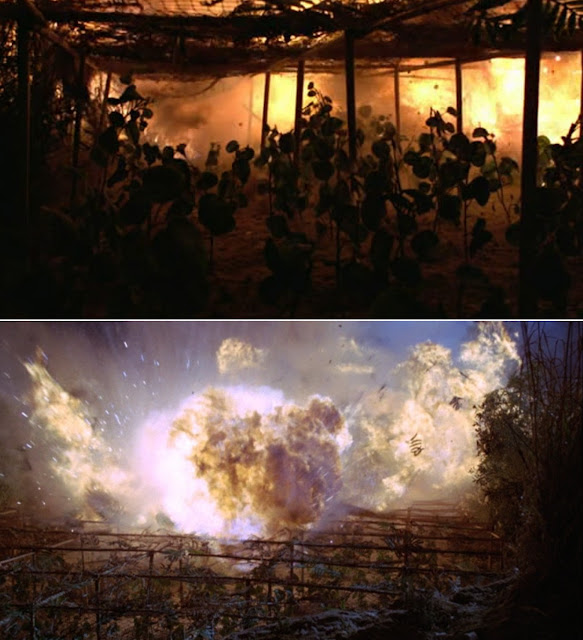 The Man With The Golden Gun (1974)
Directed by Guy Hamilton

Scaramanga's island is blown to pieces (on the Pinewood back-lot) 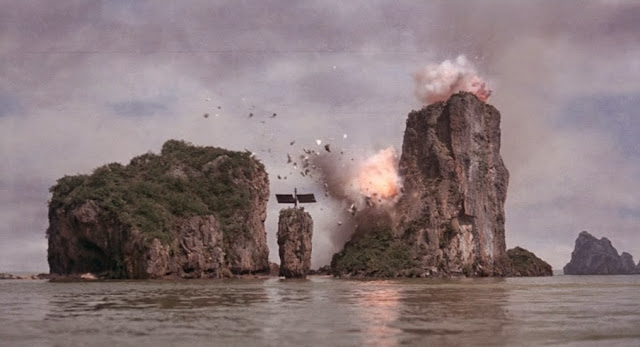 The Spy Who Loved Me (1977)
Directed by Lewis Gilbert
(for more images, see my appreciation post here)

Derek's team built the large-scale miniature of Atlantis, Stromberg's headquarters, which was filmed in the Bahamas. 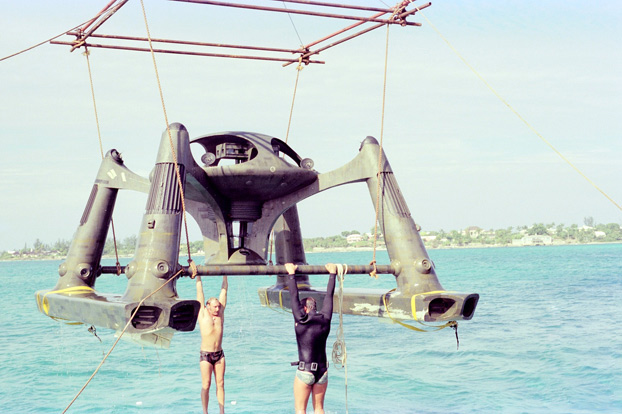 Above - two crewmen weigh the model down as it's submerged.
Below - the detail of the model was so incredible, this shot was used on one of the lobby cards 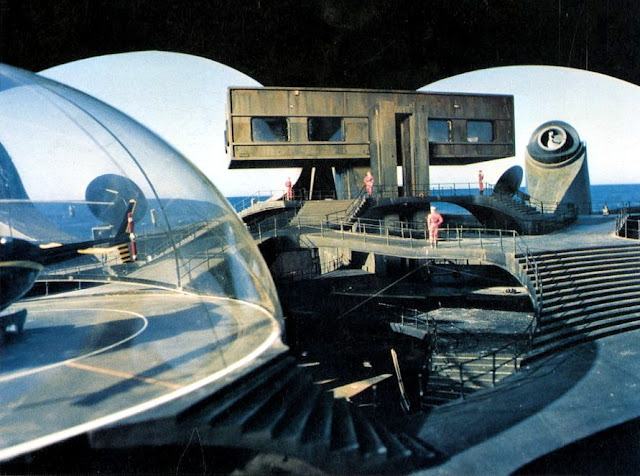 The Liparus tanker model was built in three sections at Pinewood, before being flown out by cargo plane and put back together in Nassau.  This is from Derek's interview on the DVD extras.  “The reason we built it so large was because we had to deal with submarines in the same shots [where the tanker swallows them].  Water is always a problem when you’re dealing with miniatures because you just can’t scale [it], you’ve got to be clever enough to shoot it the right way at a very high speed - the secret is to make certain you don’t create a splash which is, of course, going to produce big globules of water on the screen and immediately give the game away. Even though our tanker was sixty-three feet long, it would only create a bow wave and wash that was in scale with a sixty-three-foot launch, which is nothing like what a supertanker with its vast displacement of water would create.  Only the aft section was actually built like a boat, the rest was like a catamaran built on two floats. We had a huge 175 horsepower marlin engine in it which gave us a terrific wake though, of course, nothing near a real tankers.”
Derek and his team were also responsible for the Lotus underwater sequence, though they didn’t build the submarine version (which was constructed by Perry Oceanographic).  In the same interview, he said, “We built a special rig to fire the car down the jetty when it was being pursued by the helicopter - it was traveling at fifty miles per hour when it left the rig.”  The sinking car is a miniature and the “change from car to submarine involved five underwater model cars with each one being used to represent a different part of the transformation process, such as the wheels retracting, the fins popping up, the motors coming out the back, etc.  We also did the sequence where the rocket comes out of the back of the car, hurtles out of the water and explodes the helicopter, which was a radio-controlled model.  For the sequence where the Lotus sub approaches the base of Atlantis, which is like an oil rig structure, we again used models.”

Since the production schedule was so tight, Derek had to use a very old technique for the space scenes, where everything was shot 'in camera', winding the film back after each element had been photographed and running it again with another model.  One shot, apparently, has 48 separate elements in it, meaning the film was wound back at least 96 times.  At the time, Sir Roger Moore was quoted as saying of Derek and his team, ‘if [NASA] had our boys working for them, the real Shuttle would have been launched by now.’
For Your Eyes Only (1981)
Directed by John Glen
(for more images, see my appreciation post here)

The Severnaya radar station was completely constructed as a miniature, one for the longer shots and one for the closer work (the latter including a full-sized door, so that actors could be filmed in front of it)