The Seventh Annual Westies - review of the year 2015 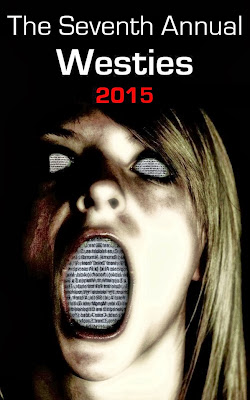 Well here we are again, with another year that seems to have zipped by and so, as we gear up for Christmas and all things festive, it's time to indulge in the blog custom and remember the good books of 2015.

Once again, it's been a great reading year for me with a nice mixture of brand new novels, a couple of classics and a fair few books that have been languishing for too long on my TBR pile.  As ever, the top 20 places were hard fought and, as with last year, I had a tie (for first place, this time) because the books were just too good to separate.  For some of these titles, I've written specific blog posts and linked to them in this list.

So without further ado, I present the Seventh Annual Westies Award - “My Best Fiction Reads Of The Year” - and the top 20 looks like this:


1= Breakfast At Tiffany's, by Truman Capote
1= The Death House, by Sarah Pinborough
3: Dead Leaves, by Andrew David Barker
4: The Hunt, by Tim Lebbon
5: The Twelve Dates Of Christmas (*), by Sue Moorcroft
6:  The Girl On The Train, by Paula Hawkins
7: The Machine Gunners, by Robert Westall
8: Starfishing, by Nicola Monaghan
9: Peaches And Scream, by Susan Furlong
10: Licence To Kill, by John Gardner
11: Winter Storm, by Anthony Watson
12: Closing In, by Sue Fortin
13: Goldeneye, by John Gardner
14: Peeper, by S J Smith
15: Horrorstör, by Grady Hendrix
16: There's A Bluebird In My Heart, by Gary McMahon
17: When The Worms Came, by Charlotte Bond
18: A Certain Smile, by Francoise Sagan
19: Leytonstone, by Stephen Volk
20: GodBomb!, by Kit Power

* = This is Sue's first book of her new Avon contract and I read it to critique, this isn't the final title and it won't be published until September 2016

1: All Those Moments, by Rutger Hauer
2: The Making Of "Licence To Kill", by Sally Hibbin
3: John Landis, by Giulia D'Agnolo Vallan
4: Le Freak, by Nile Rodgers
5: The True Adventures Of The World's Greatest Stuntman, by Vic Armstrong
6: Catching Bullets: Memoirs Of A Bond Fan, by Mark O'Connell
7: Born In The 70s, by Tim Glynne-Jones
8: The Art Of Darkness: Stephen King, by Douglas E. Winter
9: Kiss Kiss Bang! Bang!, by Alan Barnes & Marcus Hearn
10: Rebel Without A Crew, by Robert Rodriguez


All of my reviews are posted up at Goodreads here