It's finally here.  Pendragon Press have now opened pre-orders for "The Lost Film novellas", which contains "Lantern Rock" by Stephen Bacon and "The Lost Film" by me - two novellas, linked by theme.

"The Lost Film", available in a limited edition (100 copies) paperback and as an ebook, will be officially launched at FantasyCon in Nottingham, 23rd-25th October 2015.

The pre-order link is here and for a limited time, the paperback is available for £9. 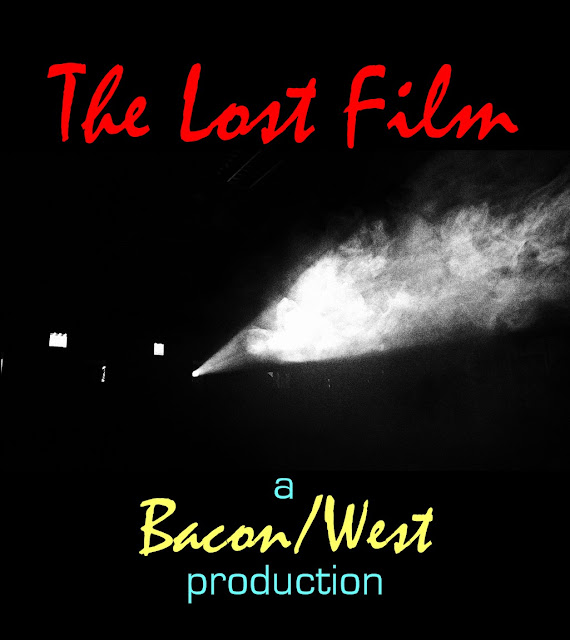 "The Lost Film"
by Mark West


“An impressive, imaginative flight of fancy. Mark West has cunningly woven the exploitation movie industry of the 70s that I experienced into a bizarre private eye yarn and thrown in sex, the supernatural and more besides. It hooked me from the first page to the final, mind-bending fade-out”
- David McGillivray,
screenwriter of "House of Whipcord", "Frightmare", "House Of Mortal Sin" and "Satan's Slave"


"Lights, camera, action...Mark's West's lost film novella will grab your soul by the sprocket holes, pull you into a dark cinematic nightmare, and then re-edit the way you look at the world. Experience it at your peril."
- Gary McMahon,
author of “Pretty Little Dead Things”

I wrote a little bit about the origins on the story and collection in a blog post (here), but the project has been around since 2010.  Steve & I had been corresponding for a couple of years (we finally met, in person, at FantasyCon in Nottingham in 2010) and enjoyed each others work.  Both of us were in a funk with our writing and joined Conrad Williams' online writing group Fiction Factory, where we also met Neil Williams, which led to the "ill at ease" projects.  I suggested Steve & I team up for a novella length project (he'd never written anything that long before and we both felt like we needed a kick up the arse) and at first we were going to go for a straight collaboration but then decided to try a story each.  As we were brainstorming ideas, he mentioned “lost film” and that was it.

I wrote my first draft from Tuesday 7th September through to Monday 29th November 2010 and it was 52,547 words long whilst the final revision, which I did earlier this year, ended up at 46,912 words.  I had great fun writing it and there was a lot of research involved - both the era and British exploitation films of the 60s and 70s - but I loved weaving true facts into the fictional ones I was littering the manuscript with.  Plus I got to read a lot of crime thrillers to get 'the voice'.

Although it's taken a long time to get here, I've had a great time working on this and I can't wait for it to make its own way into the world!


For more information, keep checking back here and at www.pendragonpress.net
Posted by Mark West at 09:00:00