Is This Love?, by Sue Moorcroft - published today! 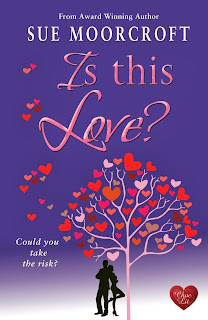 How many ways can one woman love?

When Tamara Rix's sister Lyddie is involved in a hit-and-run accident that leaves her in need of constant care, Tamara resolves to remain in the village she grew up in. Tamara would do anything for her sister, even sacrifice a long-term relationship.

But when Lyddie's teenage sweetheart Jed Cassius returns to Middledip, he brings news that shakes the Rix family to their core. Jed's life is shrouded in mystery, particularly his job, but despite his strange background, Tamara can't help being intrigued by him.

Can Tamara find a balance between her love for Lyddie and growing feelings for Jed, or will she discover that some kinds of love just don't mix?

Is This Love? returns to Sue's fictional village, Middledip, as featured in Starting Over, All That Mullarkey and Dream a Little Dream.

Sue, who won the award in 2011 with Love & Freedom, writes contemporary romantic fiction of sizzling love affairs, vibrant heroines and hot heroes. Known for developing unusual and meaningful themes, in Is This Love? Sue’s chosen to study the different types and qualities of love and how it’s affected by the needs of pivotal character, Lyddie. 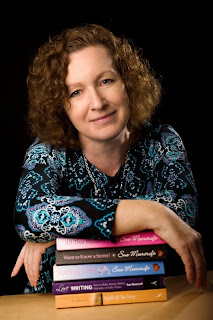 Sue Moorcroft writes romantic novels of dauntless heroines and irresistible heroes. As well as Love & Freedom winning the Best Romantic Read Award 2011, Dream a Little Dream was nominated for a RoNA in 2013. She received three nominations at the Festival of Romance 2012, and is a Katie Fforde Bursary Award winner. She’s vice chair of the RNA and editor of its two anthologies.