This came out forty years ago (it really, really doesn’t feel it) - look at the range of terrific films it covered! 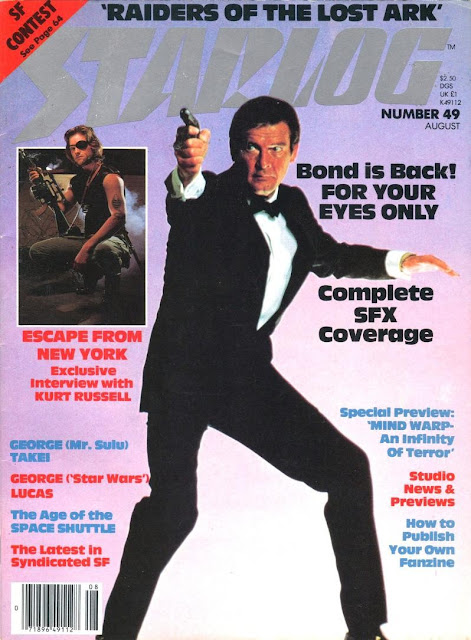 Starlog wasn’t a magazine I picked up a lot - my film reading at the time was focussed more on Starburst (which I wrote about here) - but I did when they had great covers and content like this.  I mean, any magazine that has Raiders Of The Lost Ark, Escape From New York and For Your Eyes Only on the cover has to be worth a read, doesn’t it? 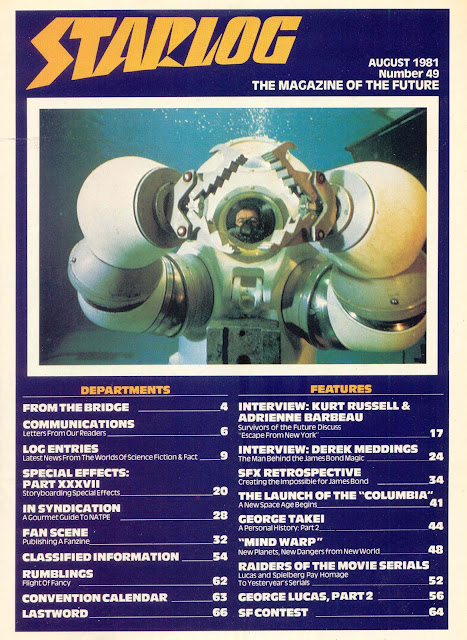 The issue features, amongst others, articles on the launch of the Space Shuttle, a guide on publishing a fanzine, storyboarding the FX sequences in Raiders with Joe Johnston, a piece on Mind Warp (a film I don’t remember at all but which had James Cameron as production designer) and a feature on previous James Bond films effects (Bond presumably being an honorary SF community member because of Moonraker).

There are also interviews with George Lucas (part 2 of 3, it's quite amusing in places), Derek Meddings on his For Your Eyes Only effects (interesting and thorough) and George Takei.


If you're intrigued, the magazine can be read online here
Posted by Mark West at 09:00:00