Kiss The Dirt (Falling Down The Mountain), by INXS, at 35

In August 1986 (a year I thoroughly enjoyed, as I wrote about here), INXS released the superb Kiss The Dirt (Falling Down The Mountain), the third single from the excellent Listen Like Thieves album. 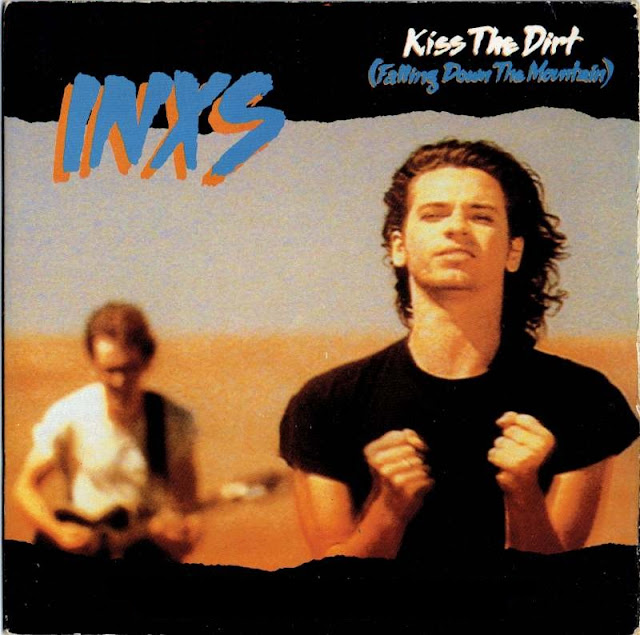 Kiss The Dirt (Falling Down The Mountain) was written by Andrew Farriss & Michael Hutchence and released in Australia on 3rd March 1986 - in the UK we had to wait until 30th August.  It was backed with Six Knots, written, performed and produced by Kirk Pengilly (it lasted 51 seconds) and The One Thing (Live), written by Farriss & Hutchence and mixed by Mark Opitz.

The third of four singles from the album (following This Time, released in 1985 in the US and Europe and What You Need in August 1985 - the first Australia/New Zealand release - and followed by Listen Like Thieves, released in the UK in 1985 but 1986 in Australia), it peaked at number 15 in Australia, 42 in New Zealand and 54 in the UK.

The video was filmed in South Australia in two locations.  The white salt lake was at Lake Heart, while the red desert scenes were filmed at Moon Plains, which was also the location for Mad Max 3.  It was directed by Alex Proyas who started his career making pop videos before moving to Hollywood and making, amongst others, The Crow (1994), Dark City (1988) and I, Robot (2004). 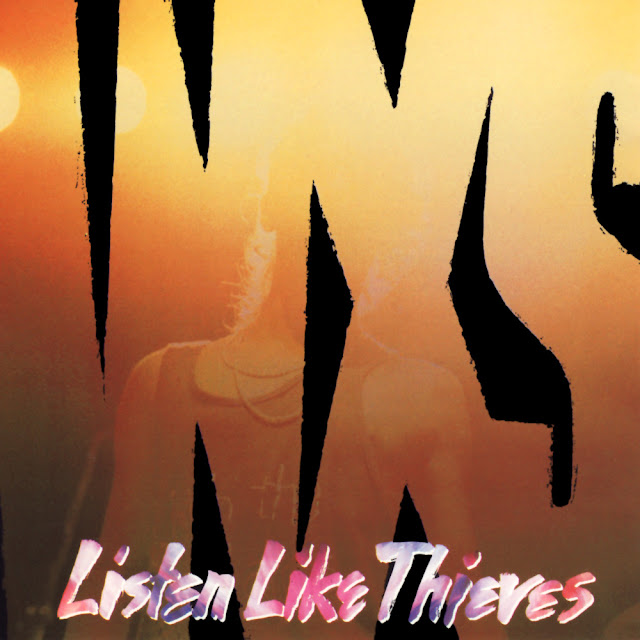 Listen Like Thieves was released on 14th October 1985 and is widely considered to be the international breakthrough album for the band.  It was produced by Chris Thomas, who had previously worked with The Beatles, Pink Floyd, The Sex Pistols (on Never Mind The Bollocks) and Elton John and of whom Richard Clapton said, “INXS met their match - he was the only producer they've ever had who told them what they needed to hear.”  Michael Hutchence later said, “This is what we've been trying to do one way or another for a few years now, that is to make an album that is purely just form and function of the songs. It has no artistic pretensions.”  The album was recorded at Rhinoceros Studios in Sydney from June to August 1985, after initial sessions in March, finishing in August 1985 and including a break for a South American tour.  The album spent two weeks at number 1 on the Australian Kent Music Report Albums Chart, peaked at number 11 on the US Billboard 200, 24 on the Canadian RPM 100 Albums and 46 on the UK charts.  I wrote about the album here, on its 30th anniversary.

The four singles released from the album all had accompanying videos.

Kiss the Dirt (Falling Down the Mountain) was directed by Alex Proyas and produced by Andrew McPhail.

What You Need and Listen Like Thieves were directed and produced by Richard Lowenstein, continuing the successful collaboration that had started on the previous album, The Swing, with his videos for Burn for You (which won the 1985 Countdown Music and Video Awards for Best Promotional Video), Dancing on the Jetty and All The Voices.  Lowenstein would go on to establish a long term relationship with the band until Hutchence’s death.