The Empire Strikes Back Letraset

The Empire Strikes Back was released in the UK over 40 years ago, on 21st May 1980.  Since I was busy celebrating Dude last week (you can see the post here) and I'd already posted about the excellent film in 2014 (you can read it here), I thought I'd try something a little different.  So here we go...
In 2017, as part of my Star Wars At 40 thread, I wrote (as you can read here) about the Letraset transfer sets.  Available as packs or given away as gifts with the likes of Look-In magazine and Shreddies cereal, these were background scenes of the film with action transfers to allow you to finish the picture off how you wanted it to be.

The four sets were Bespin Cloud City, Hoth Ice Planet, Space Battle and Dagobah Bog Planet and wonderfully idiosyncratic, which none of us would have minded at the time (and makes them all the more charming now).  Luke doesn't fight in his X-Wing (the space battle, as fans will be aware, is between the Millennium Falcon and Vader's Star Destroyer) while the transfer Yoda is based on the one in the Marvel comic, which owes a lot more to Joe Johnston's original design than the Stuart Freeborn puppet of the film. 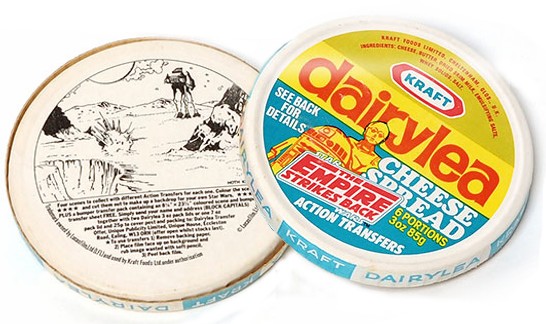 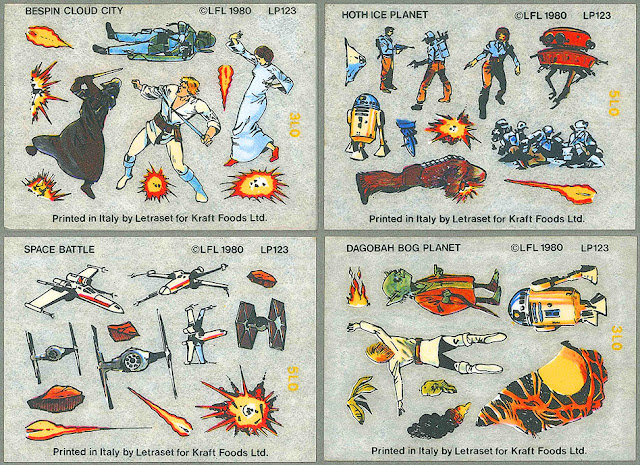 Ask anyone of my generation what Letraset is and most people will quite happily tell you they made transfers.  Back in the day, if you were making a poster, booklet or student magazine and needed a professional look, you’d buy one of their sheets of type and painstakingly rub off the letters you wanted, on a pencil line you’d carefully drawn (and would equally carefully rub away, so you didn’t accidentally rub off any of the transfer either).  The result often looked wobbly but generally very good.

Founded in London in 1959 (later moving to Ashford, Kent, it's now based in Le Mans, France), Letraset introduced ‘innovative media’ for commercial artists and designers.  In 1961, they created a revolutionary dry rub-down method and, in 1964, applied this to a children’s line called Action Transfers.  During the 1970s, Letraset bought licences for the line, including The Wombles, Super Action Heroes (DC comics), Duckhams Grand Prix, Paddington Bear, Captain Scarlet, Dr Who and Space: 1999, among others.  They also, smartly, were one of the early Star Wars licencees.  Reacting quickly to the success of the film, the first Letraset transfers (with artwork by David Clark) appeared on the back of Shreddies boxes with four scenes (Capture Of The Rebel Cruiser, Escape From Mos Eisley, Breakout At Prison Block and Escape From The Death Star), each with their own set of transfers.

Further sets were released which quickly went into second printings and John Hunt, the brand manager at the time, later said “the Star Wars sets were probably the most successful transfer set ever made.”

The company was purchased by the ColArt group in 2012.

Sources:
Action Transfers (with special thanks to Tom Vinelott)
Posted by Mark West at 09:00:00