Continuing a tradition (now in its fourth year), here's my annual look back at 2016 from a creative standpoint.

During the year I wrote four short stories (three were horror, one was a love story), one novella (The Factory, which almost went to its deadline), some book reviews and a host of essays/articles for this blog (more than beating my once-a-week posting schedule).

I had eight short stories published:
* The Sealed Window in The Hyde Hotel, edited by James Everington & Dan Howarth, from Black Shuck Press
* This Is The Colour Of Blood in Chromatics, edited by Dean M. Drinkel, from Lycopolis Press
* Photograph Of You in Tales From The Lake vol 2, edited by Joe Mynhardt from Crystal Lake Publishing
* The Goblin Glass in Thou Shalt Not, edited by Alex Davis, from Tickety Boo Press
* Deb Loves Robbie in Easter Eggs & Bunny Boilers, edited by Matt Shaw, from Matt Shaw Publications
* The Order Of Aries in The Thirteen Signs, edited by Dean M. Drinkel from Nocturnicorn Books
* Do You Believe In Ghosts? in Ten Tall Tales, edited by Ian Whates from NewCon Press
* Dreaming Of A Black Christmas in Bah! Humbug!, edited by Matt Shaw, from Matt Shaw Publications

I also had two novellas published:
* The Exercise in Darker Battlefields, edited by Adrian Chamberlin, from theEXAGGERATEDpress
* The Factory, published by Hersham Horror Books 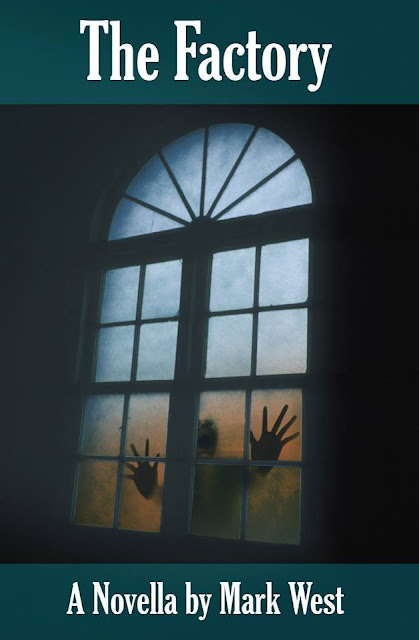 * * *
The King For A Year Project, which I curated through 2015 (and wrote about extensively here) was nominated for Best Non-Fiction in the 2016 British Fantasy Society Awards.  It didn't win, unfortunately but it was very nice to get the nomination.

In a similar vein I curated 2 Mixtapes, where-in people I respected (writers, editors, readers) chose their favourite short stories.  The Brit Horror Mixtape posted in May and featured 24 stories by British writers and this was followed in July by the American Horror Mixtape, featuring 30 stories by American and Canadian writers.

* * *
The Factory cracked the Top 10 of Jim Mcleod's "Top 20 Reads Of 2016" and I'm proud to be included alongside some distinguished - and heavyweight - company.

The Factory also made Paula Limbaugh's Top 10 List at Horror Novel Reviews.com, which was very pleasing (and, again, I'm in great company).

James Everington picked Photograph Of You for his Favourite Short Stories: 2016 round-up (and I'm thrilled to be part of such a stellar line-up).

My writing buddy Sue Moorcroft introduced me to blogger/writer meet-ups and I had great fun at the Brum ones and another, later, in London.  I also went to the NewCon Press 10th birthday bash in London and had a great time at Sue's book launch in Nottingham for The Christmas Promise.
* * *
Following a bit of a fallow period, I posted some interviews during the year and enjoyed the process thoroughly (clearly I picked good subjects).  In January I chatted with the excellent Nicola Valentine and also found time in January to chat with the gregarious Dean M Drinkel.  In February, I spoke to Alex Davis whilst in March, Stuart Young & I interviewed each other and then in May I had a chat with my friend James Everington.  Finally, to help celebrate the launch of her new novel, I interviewed Sue Moorcroft in October.

* * *
In July, I did a Talk/Q&A Session at Kettering Library with Sue for the 2nd KettFest (which I wrote about here)
* * *
Creatively speaking, 2016 has been a pretty good year.  The four short stories (and one novella) I wrote were all asked for and, of them all, I'm most proud of Dance The Blues (a contemporary - and nostalgic - drama about lost teenaged love), as I probably wouldn't have written it unless prompted.  Last years story that was looking for a home, Do You Believe In Ghosts?, was published this year by NewCon Press, in the terrific anthology Ten Tall Tales which I'm thoroughly chuffed to have been part of.
I'm feeling confident for 2017 too, as I plan to concentrate on writing a new novel which won't be in the horror field.  I'll keep you updated as to how that goes.

As always, thank you so much, dear readers of this blog, for all your support in 2016, especially those who bought, read and liked my work - I really do appreciate it.
Posted by Mark West at 09:00:00