In a new edition of the occasional series (though this time, it's not really aimed at fans of the horror genre - though it is), I want to tell you about a book I've read and loved.  If you were a teenager once, if you lived through the 80s and the home video boom and if you have even the most passing love of the horror genre, then I think you'll enjoy this. 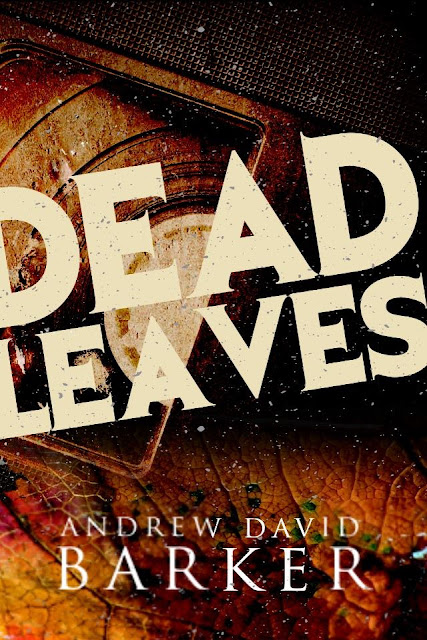 To Scott, Paul and Mark, horror films are everything.

The year is 1983, the boom of the video revolution, and Scott Bradley is seventeen, unemployed and on the dole. Drifting through life, he and his friends love nothing more than to sit around drinking, talking about girls, and watching horror movies.

But things are about to change.

As the ‘video nasty’ media storm descends, their desire to find a copy of the ultimate horror film – The Evil Dead – is going to lead them to the most significant days of their young lives. As the law tightens and their way of life comes under threat from all quarters, they come to learn what truly matters to them – and what doesn’t.

A heartfelt story of friendship, loyalty and youthful rebellion, Dead Leaves is a darkly funny and brutally honest depiction of aimless life in a Midland town, and perfectly captures the impact those first few years of video had on a generation.

It is October 1983 and the campaign against Video Nasties is really starting to bite.  Three friends - Scott, Paul and Mark - are suddenly having to face change, from leaving school and hitting the dole, to future responsibilities and the realisation that however desperately they want to see The Evil Dead, the law (as well as some local louts) are up against them.

Based on its pedigree (Andrew David Barker wrote “The Electric”, which Boo Books published) and what I knew of the subject matter, I was expecting to read a horror novella but “Dead Leaves” is something altogether more beautiful.  Yes, it is about horror and yes, it does have some unpleasant moments in it - and yes, your enjoyment may well depend on your tolerance for the nastier end of the horror film spectrum - but this novella is a coming-of-tale, set in a Midlands town around Halloween and I loved it.  Scott (who narrates the tale) and his feckless friend Paul are fresh out of school and on the dole, slowly beginning to realise it’s not the lark it’s cracked up to be, beset by parents who want them to get a career and job centre staff who threaten to cut off their money if they don’t find gainful employment.  Their friend Mark is eighteen, working on the building sites and already aware - from seeing much older colleagues - that he might be stuck doing this for the rest of his life, a realisation that causes friction with his old friends.  Compounding that is his lovely girlfriend Lindsay, who has her own place and seems, to Scott, to be much more switched on than an eighteen-year-old ought to be.  Spending their days drinking, watching horror films and listening to their beloved Heavy Metal, they keep checking at Ray’s Video Emporium, trying to scrape together the funds to buy a copy of “The Evil Dead”, the film they’re all desperate to see.  Their pursuit of this is what fuels the story, two or three nights in darkest October, as things for all of them go from bad to worse.

The characterisation is effective and Scott holds the story well.  Realising he’s going to get trapped, even as he rebels against his well-meaning parents, he discovers something over the course of the story that might give him a way out and there’s a lovely little throwaway comment, right at the end, which indicates it may have worked.  Loyal to his friends, dependable and reasonable, he’s also the one who has potentially caused the most hurt and his realisation of this - and the fall-out - is played out pitch-perfect.  You know he needs to make amends but you don’t want him to because if he does, he can’t go back.  Paul is the annoying friend, aimless and obnoxious, that we all had and tolerated, whilst Mark provides the voice of reason for all three of them, even as he’d led into events he’d rather have avoided.  Lindsay is very well realised, the only girl all the boys feel comfortable talking to, pretty and vivacious and self-aware, but also racked with doubts that are never quite articulated (and the scene with her and Scott in the pub is beautifully written).

The Derby of the story is not necessarily the Derby of 1983 reality and whilst Barker paints his hometown in loving, honest brushstrokes, it’s the streets, rundown precincts and dereliction that matter, which all of us can relate to.  I like that he uses local lingo as part of the dialogue, with no attempt to explain or translate it, more I like that as a Northants-boy, it’s really enjoyable to see the phrases “gone out” (as in query or surprise) and “jitty” (for alley), which me and my friends all used, in a novella.  The looming spectre of the future, of getting jobs and life moving on, is a dark shadow over the whole piece and echoes what most of us feel as we leave school and it ties in nicely with the Video Nasties bill, even if some of the spirited defence of the offending tapes does come across a bit preachy (especially from PC Spong).

I was fourteen in 1983, didn’t go out to pubs and I wasn’t a headbanger (what we called Heavy Metal fans around our way back then), so although my specifics were different, the general gist wasn’t.  I read Starburst back then (and Fangoria, when I could get hold of it) and we talked at school (I distinctly remember a kid we called Bogie - can’t remember why now - regaling us all in PE once about “The Evil Dead” and mostly all I took from it was that a woman got her head chainsawed off, there was lots of blood and the trees raped someone).  A friend of mine had a top-loader Betamax and we’d crowd into his house and watch whatever we could get our hands on - sometimes it was fairly innocuous, like “Poltergeist” (though I still maintain that’s a scary film), other times not so much, like the brutal “Dead & Buried” (I didn’t know who Stan Winston was at that time and when the photographer screams, we all jumped) and the very odd “Evilspeak” (“Is this really a video nasty?” I remember someone asking).  It’s hard now to explain to someone just why “Nightmare On Elm Street” was so bloody scary, after the years of Freddy turning into a comedian and those dreadful remakes, but sitting in the dark, in your house (Dad had borrowed a VHS machine for the weekend) and having this unfold in front of you was simply terrifying.  Barker manages to convey this sense superbly well through the novella, as the lads re-watch old favourites and moon over films they can’t wait to see (even if, you suspect, they already realise that most won’t match up to their promise).

I love coming-of-age tales, I love the 80s and I love horror - this was absolutely the perfect book for me and I thought it was a superb read, a paen to the teenage years of horror fans wherever they might have grown up, a “This Is England” for the Fango crowd.  Very highly recommended.