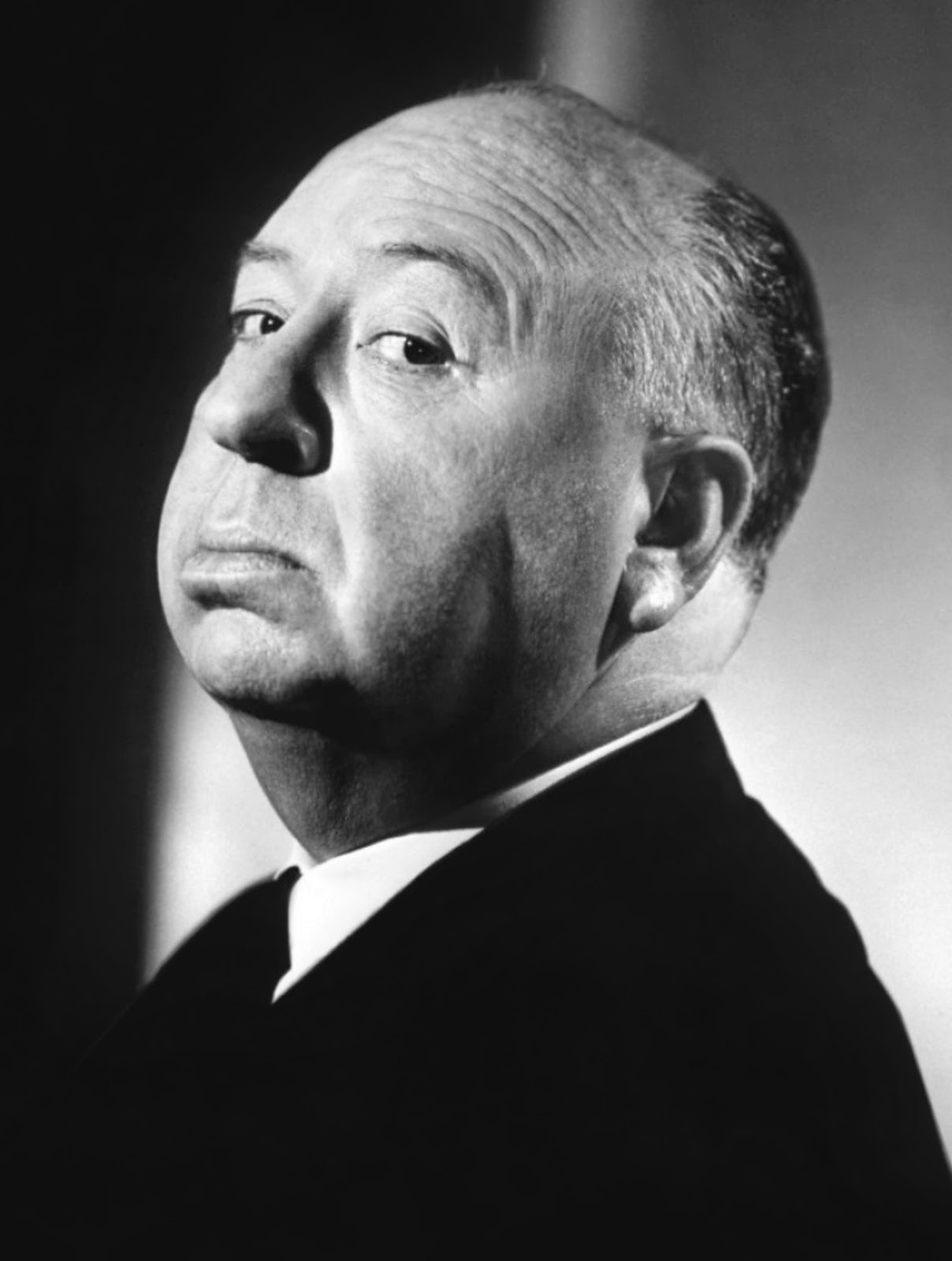 Sir Alfred (Joseph) Hitchcock, who would have been 115 years old today, was born on Wednesday 13th August 1899 in Leytonstone, London.  His father was a greengrocer and poulterer (part of the reasoning to set Frenzy in Covent Garden was to capture a way of life that his father had known and which was just about to disappear altogether) and once sent a five-year-old Alfred to the local police station with a note asking the officer to lock him away for five minutes as punishment for behaving badly.  This incident triggered a lifetime fear of policemen and harsh treatments and wrongful accusations would become recurring themes in Hitchcock's films.

His career spanned over half a century and he quickly established a distinctive directorial style, pioneering camera moves (especially POV shots, to create a sense of voyeurism), shot framing and innovative editing techniques and many sleight-of-hand effects (most noticeably his use of matte paintings, which I blogged about here).  Best known for his mystery/suspense films, often with twist endings and a blunt view of violence, he frequently used "MacGuffins", a plot device with little or no relevance.  As Hitchcock explained, "...in crook stories it is almost always the necklace and in spy stories it is most always the papers" saying to François Truffaut in their 1966 interview, "so you see that a MacGuffin is actually nothing at all."

He moved to Hollywood in 1939, feted as England's Best Director and became a US citizen in 1955.  Considered one of the most influential directors of all time, his work laid a template for suspense films that is still being followed and yet there was always a touch of humour to his work (however dark), such as his cameo appearances at the start of each film.

A major voice in film and TV, not to mention books and anthologies, Hitchcock's last film was Family Plot in 1976 and he died of renal failure on April 29th 1980.

I first became aware of Hitchcock through the Three Investigators mysteries, a series I've written about often on this blog, which was created by Robert Arthur, who also edited Hitchcock's horror/suspense anthologies.  Later, I remember seeing an advert for Psycho, which was going to be shown on TV and my Mum telling me how scary she'd found the film when she first saw it, which just sparked my curiosity.

I can't remember which of his films I saw first - I hope it was Psycho, but it was probably North By Northwest or The Birds - but I do know that I was an instant fan of his and some of his films - those already mentioned plus Rear Window, Vertigo and Frenzy - feature heavily in my list of favourites.

To mark the occasion of his birthday, here's a selection of photographs (from my favourite films) of the Master at work. 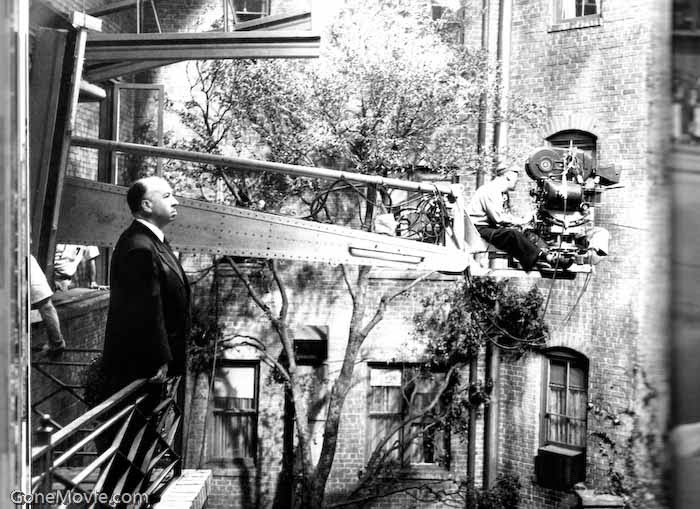 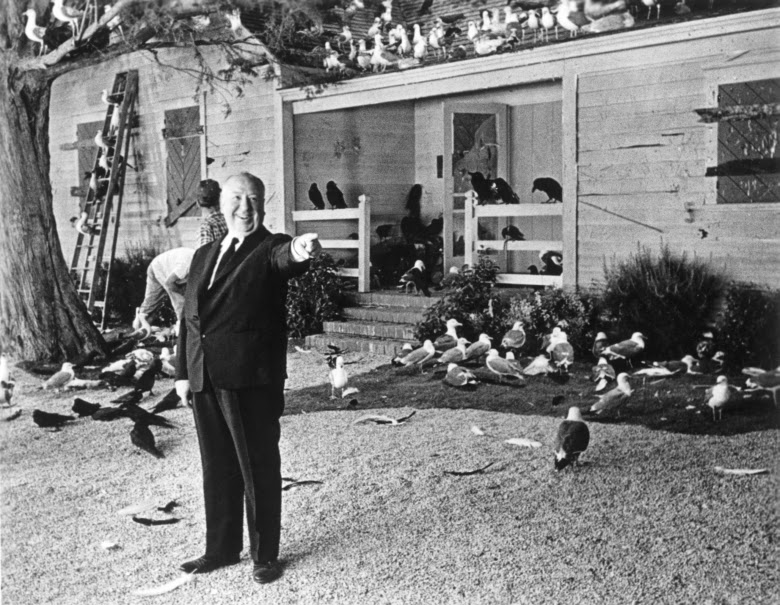 Thanks for the entertainment, good sir.
Posted by Mark West at 09:00:00