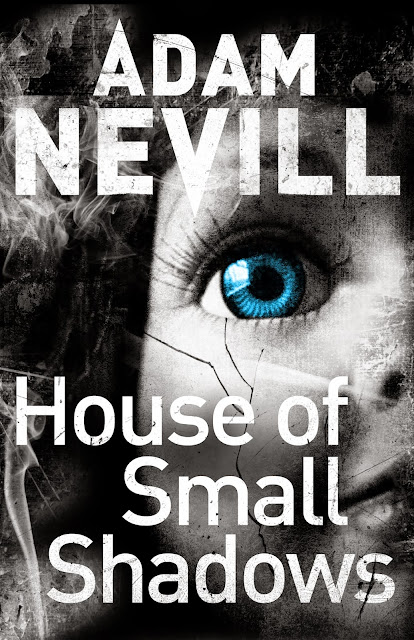 They watch you while you sleep...

Catherine's last job ended badly. Corporate bullying at a top television production company saw her fired and forced to leave London, but she was determined to get her life back. A new job and now things look much brighter. Especially when a challenging new project presents itself -- to catalogue the late M H Mason's wildly eccentric cache of antique dolls and puppets. Rarest of all, she'll get to examine his elaborate displays of posed, costumed and preserved animals, depicting scenes from World War I. When Mason's elderly niece invites her to stay at the Red House itself, where she maintains the collection, Catherine can't believe her luck. Until his niece exposes her to the dark message behind her uncle's 'Art'. Catherine tries to concentrate on the job, but M H Mason's damaged visions raise dark shadows from her own past. Shadows she'd hoped had finally been erased. Soon the barriers between reality, sanity and memory start to merge. And some truths seem too terrible to be real ...

Catherine Howard is a valuer for Leonard Osberne, Auctioneer of antiques, an old fashioned firm that suits her down to the ground.  Escaping from an incident in London - which resulted in her losing her previous job, home and friends - she’s determined to get her life back on track and with a new job and settled relationship, things are starting to look brighter.  When she’s asked to catalogue the estate of M H Mason, a renowned taxidermist, she’s excited by the possibilities, especially when she understands the extent of his cache of antique dolls and puppets.  Upon visiting Red House, Mason’s country mansion which is now occupied by his eldery niece Edith and Maude, the mute housekeeper, she discovers that it’s very close to where she grew up and suffered a terrible, bullied childhood.  And when Edith introduces Catherine to her late uncle’s dark art, shadows from those dreaded days begin to close in.

This is another stunning novel from Adam Nevill (following last years “Last Days”) and this time he uses the supernatural and unnerving possibilities of old dolls and puppets to great effect (and gives Hartley Hare, from Pipkins, a heads up in the afterword), mixing them with an out-of-the-way location and a ruined, deserted village.  On top of this atmosphere - and the book is dripping in it - he weaves the story of confused and oppressed Catherine, badly bullied as a child - “Smelly Cathy Howard, dopted, dopted” - who hasn’t managed to escape the pain or taunting which has followed her into adulthood.  In fact, the target of her uncharacteristic violence in London, Tara, manages to create ripples that run through the whole book.

Nevill creates a wonderful sense of otherworldliness about the house and some of his set pieces - looking around the village, the small faces at the window, the beekeeper where there are no bees - are genuinely unnerving whilst a sequence with Catherine, who may or may not have been drugged, trying to find light in the house is brilliantly written, playing well on our claustrophobic fear of the dark.  As with “Last Days”, he has created an intense and intricate mythology - cruelty plays - that constantly nips at the narrative and adds weight to the fantastical elements of the plot.

Superbly constructed, with vivid and often unnerving characters, this suffers a little in the pacing around the start of the final act but is otherwise a creepy masterclass of supernatural writing and, for a horror fan, highly recommended reading.
Posted by Mark West at 09:00:00