The news broke yesterday that Disney has bought Lucasfilm from George Lucas for $4.05bn (roughly £2.5bn), taking on all of the related companies such as Industrial Light & Magic (ILM), LucasArts and Skywalker Sound.  Lucas was already planning to step down from the company and had positioned Kathleen Kennedy (who produced a lot of Steven Spielberg films through the 80s and 90s, including the Indiana Jones films) to take over and she will continue to run Lucasfilm, with George taking on a creative consultant role for new Star Wars films. 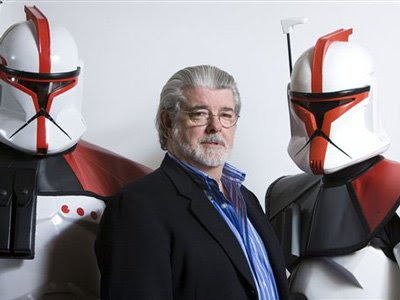 Yes, new Star Wars films.  The plan is for a new one, episode seven, to be released in 2015 which will be followed by episodes eight and nine, than a new movie every two or three years.

Lucas was quoted as saying “It's now time for me to pass Star Wars on to a new generation of film-makers”.  A treatment for episode seven has already been written by Lucas, with outlines in place for episodes eight and nine.

In Skywalking, Dale Pollock’s excellent biography of George Lucas, the evolution of the Star Wars saga is thoroughly detailed and my understanding of it was that seven, eight and nine would deal with the heroes of the original trilogy, after the Empire had been vanquished.  I can’t really see them rounding up the original cast and the “expanded universe” has worked on events after “Return Of The Jedi” (including the Timothy Zahn novels that kicked everything back off in the early 90s), so I’m not sure what they’ll be about but I imagine that there’ll be a lot of CGI bangs, bashes and crashes.

I should state that I’m a fan of the original trilogy.  It opened in this country in December 1977, so I would have probably seen it in early 1978 making me eight or nine, the perfect age to fall in love with this spectacular space saga.  And I did fall for it, in a big way, to the extent that I still rank “Star Wars” as my favourite film and I’m now busy collecting vintage toys to share with my own little boy. 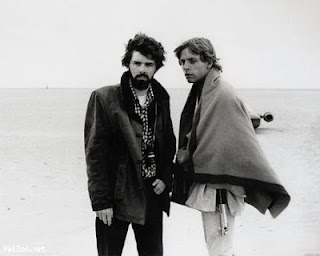 Does this news worry me?  When I saw the article yesterday, that thought did cross my mind.  I wasn’t a fan of the prequels (I didn’t like Jar Jar Binks, I wasn’t overly impressed with the CGI onslaught) but then, was I really the target audience?  Did George owe it to me and my generation to make a film that we wanted, rather than a film that would appeal to everyone including kids who weren’t even thought of when the original films came out?  At the time, I did feel like that, I felt like he’d sold out the whole saga, filling it with stupid characters and events that almost derided the quality of the original trilogy.  But did it?  Of course, the answer is no - I still love the first three films, the first three films still exist (in various different formats) and nothing can remove that.  Does it worry me that people associate Star Wars with Darth Maul or the Clone Troopers now (well, the latter does because I love the look of the Stormtroopers, but hey…)?  Not any more because the prequels were there for other people, the kids who’d missed out the first time and could buy into the hoopla this time around.

I will admit to a vague worry that since Disney now has it, the film will become more of a testing ground for merchandising opportunities and that is a concern, but all they’ll do is exploit what’s there.  Imagine “Return Of The Jedi” being made today, the gallery of grotesques in Jabba’s Palace would be a goldmine for soft toy manufacturers (whereas at the time, we had the Palitoy figures to collect - and collect them we did). 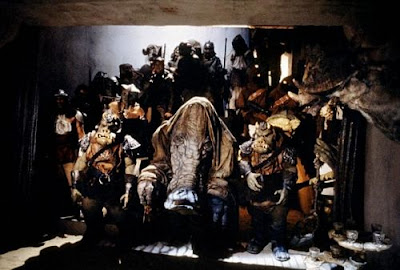 My love for “Star Wars” hasn’t been diminished by the prequel trilogy, the expanded universe or the Clone Wars cartoon and so it won’t be diminished by whatever comes in the future.  But how about, for a change, a fan of the original trilogy looks for the positive?  This news means that there will be at least three more Star Wars films made and I’ll watch them, even if they don’t touch me in the same way.  But I’ll be able to take Dude to the cinema to see them, we’ll be able to share that universe together (and he will obviously know the history of it all too) and if it opens up a whole new generation of fans, then my beloved Original Trilogy will live on even longer - and that can’t be a bad thing.