Under The Italian Sun, by Sue Moorcroft

Regular blog readers will know I've been friends with Sue Moorcroft since we met at the Kettering Writers Group in 1999 (the group leader was of a more literary bent, so we genre writers were consigned to the back of the room, where we had great fun).  Since then she's gone from strength to strength, hitting number one in the Kindle Bestseller charts (with The Christmas Promise), becoming a Sunday Times Best Seller and her 2019 novel, A Summer To Remember (which I wrote about here) won the Goldsboro Books Contemporary Romantic Novel Award 2020.  As well as featuring her a lot on blog (to see more, click this link), I'm also pleased to be one of her beta-readers and thoroughly enjoyed her latest novel, Under The Italian Sun, now available in paperback and as an e-book. 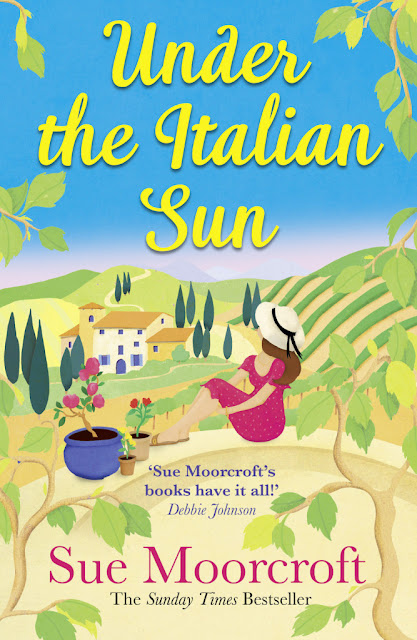 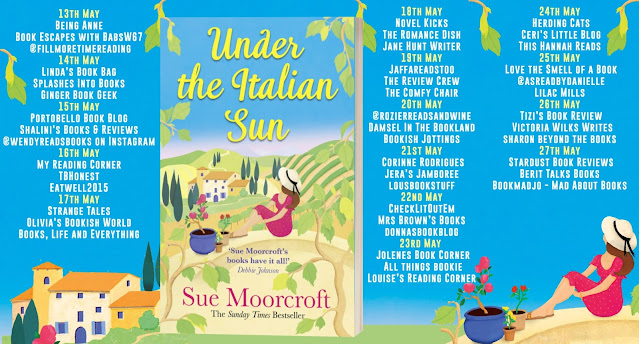 * * *
With the pandemic still here, Sue and I weren't able to have our regular get-together at The Trading Post (and oh, how I've missed that, though we did manage to fit in a socially distanced walk over Christmas), but went virtual instead as we discussed her new novel.
MW:   As always, there’s a very real sense of place in Under The Italian Sun and it’s clearly an area of the world you love.  What made you decide to “go back to Italy”?
SM:   The idea of a British woman named  Zia-Lucia, and Zia Lucia in Italian translating to Aunt Lucia, was part of it. The spark for the book, writing about someone who almost had the same name as someone she didn’t know, just hit me one day. It proved a happy chance as the pandemic would have made on-the-ground research of a new place impossible, whereas I’ve visited the region of Umbria in Italy. For the past seven years I’ve led courses and writing retreats for Arte Umbria, so I had a lot of experiences and photos to draw on. I had planned to write a chunk of the book at Arte Umbria but, of course, the retreat had to be postponed.
MW:   Your work always has a serious topic at its heart, what made you choose the family issues that dominate this one?
SM:   I’m not sure why I wrote about a woman searching for her birth father, other than it being an intriguing idea. I always knew my own dad and my lovely parents stayed together, so it’s not like I had a story of my own to tell. I was interested in the story of a friend who was adopted and I spoke to her at length on her feelings about identity. I used those feelings rather than her history because her search had different, serious consequences, which didn’t belong in Under the Italian Sun.
I do know why I wrote about postpartum psychosis. Some years ago I joined several friends for a literary lunch and as I sat down someone said, ‘Mind the baby under the table.’ I looked under the table, and there was a baby sleeping peacefully in his car seat. He was the nephew of one of my friends. She was looking after him because her brother’s wife, the baby’s mum, was suffering from postpartum psychosis. I’d never heard of postpartum psychosis and was astonished to learn of the awful effects of this rare condition. I always thought I’d write about the baby under the table at some time. It didn’t happen exactly as I’d first envisaged but that’s often the way my books develop. I explore ideas and my plotty head tells me which way to take them.
By coincidence, I saw a film called Irene’s Ghost made by Iain Cunningham  of forwardslashfilms.com. It was about his search for information about his own mum, who died when he was very young, and who had suffered from postpartum psychosis. I tweeted him to say how much I’d enjoyed the film and that I was writing about the same subject and he offered to chat. He was kind enough to offer insight into how Zia might feel to realise her past wasn’t quite what she’d thought it. 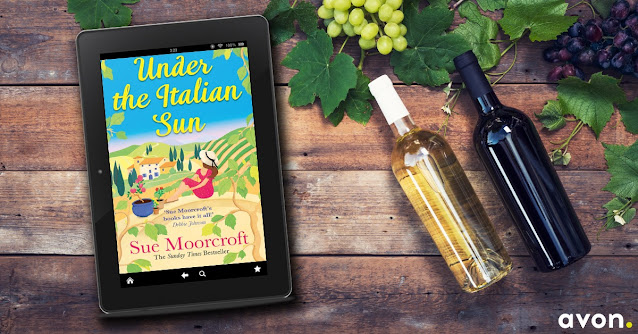 MW:   There’s a wonderfully hissable villain in this (who isn’t the person you originally suspect) and it feels like you had great fun writing him.  Was that the case?
SM:   I suppose it was! Brendon was originally just a boyfriend who’d cheated on Zia. Ending the relationship, and her redundancy, provided her with the opportunity to look into living in Italy. Finding the father she’d been told was Italian seemed the place to start because kinship could make it easier for her to obtain citizenship. There are traditional roles for ex-boyfriends. Maybe the heroine misses him; maybe she’s been bruised by him; maybe he shows her what she doesn’t want in a man. With Brendon, I decided to make his role subtler. I heard someone talk about a relationship where the guy was the one who cheated but couldn’t bear being to blame for the end of everything. He was like a kid whining, ‘I don’t want it to be my fault!’ He tried to romance the woman back because, to his mind, it would change the narrative to ‘You overreacted to a meaningless encounter.’ Then he’d feel better about himself. I thought a person like that would make a much more interesting ex.
MW:   The plot has plenty of twists and turns, can you talk me through your process a little, on how you kept track of everything?
SM:   I usually begin a book by exploring the characters of my hero and heroine and how various people in the book view them. I research themes, goals and conflicts. My brother helps me here as I send him a list of things I’m interested in and questions I need answered and he provides me with answers, links and related reading. He’s good at this and it saves me valuable time. I start working on goals and conflicts, what characters want consciously and sub-consciously, what’s going to get them together and what’s going to keep them apart. Then I make a list of things I see happening. And that’s about the extent of the plan. I start writing. I often feel like one of those people who have fifty plates spinning at once. As the book develops, I make notes on paper, notes on my notes app, notes on the manuscript itself … I’m lucky I have a reasonable memory so it somehow all comes together. In the second draft I sort out knots and stupidities then I send it to my editor to see if she can find any others. (She always does.)
MW:   So what’s next?
SM:   A winter book. It has the working title of Christmas Now and Then and is due out in the UK on 28th October 2021. It’s set in Middledip, the English village that exists in my head (there’s a map on my website, too). Laurel Hill returns to the village after an absence of nineteen years because her sister, Rea, is struggling with agoraphobia. This is making life difficult for her fourteen-year-old daughter, Daisy. Trouble is, Laurel left Middledip for a reason - and he still lives there.
Thank you for inviting me for a chat, Mark. It’s always a pleasure.

Sue Moorcroft Sunday Times bestselling author and has reached the coveted #1 spot on Amazon Kindle UK as well as top 100 in the US. She’s won the Goldsboro Books Contemporary Romantic Novel Award, Readers’ Best Romantic Novel award and the Katie Fforde Bursary. Sue’s emotionally compelling, feel-good novels are currently released by publishing giant HarperCollins in the UK, US and Canada and by an array of publishers in other countries.
Her short stories, serials, columns, writing ‘how to’ and courses have appeared around the world.
Born into an army family in Germany, Sue spent much of her childhood in Cyprus and Malta but settled in Northamptonshire at the age of ten. An avid reader, she also loves Formula 1, travel, family and friends, dance exercise and yoga.
Website: www.suemoorcroft.com
Blog: https://suemoorcroft.wordpress.com/
Facebook: sue.moorcroft.3
Facebook author page: https://www.facebook.com/SueMoorcroftAuthor
Twitter: @suemoorcroft
Instagram: suemoorcroftauthor
LinkedIn: https://www.linkedin.com/in/suemoorcroft
Amazon author page: Author.to/SueMoorcroft
Posted by Mark West at 09:00:00