I Spit Myself Out, by Tracy Fahey

To mark the publication of her next collection, I Spit Myself Out, here's a guest post from my friend Tracy Fahey 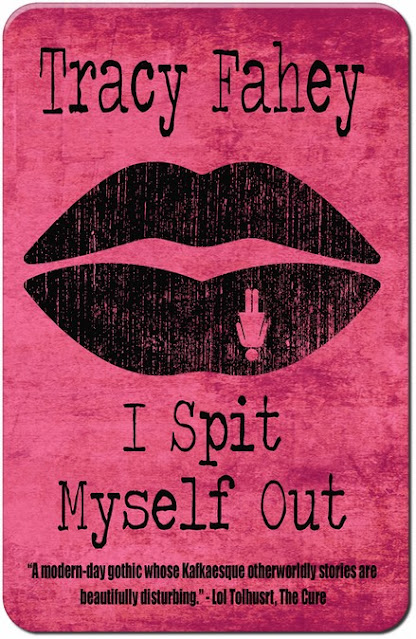 Eighteen unsettling narratives map the female experience from puberty to menopause.
I Spit Myself Out is a collection of female-voiced stories exploring the terror that lurks beneath the surface of the skin. In this collection, an Anatomical Venus opens to display her organs, clients of a mysterious clinic disappear one by one, a police investigation reveals family secrets, revenge is inked in the skin, and bodies pulsate in the throes of illness, childbirth and religious ritual.
Disturbing and provoking in equal turns, I Spit Myself Out reinvents the body as a breeding ground of terrors that resurface inexorably in the present.

This February 13th, my collection, I Spit Myself Out, is born. It’s a weird, hybrid selection of stories that respond to the themes of body-based terror and the female experience. It’s influenced by autoethnography, by female rituals of blood from puberty to menopause. But a large part of its conception lies in my abiding love for morbid anatomy, a history that goes back decades.

I grew up in superstitious, Catholic, rural Ireland, with its syncretic blend of Christian and pagan heritage. There, church rituals centred around blood and sacrifice; tales of miraculous relics, of supernatural cures and the potency of saints’ bodies. Irish people are bizarrely comfortable with the spectacle of dead bodies; coffins are routinely uncovered and exposed, the better to stand and talk around at traditional wakes, as in the story, ‘The Girl Who Kissed The Dead.’ As a child I was familiar with the miraculous properties of saints’ bodies; in the cathedral in nearby Drogheda I saw the decapitated, burned head of Blessed Oliver Plunkett, a saint who became both a symbol of colonial resistance and of Catholic martyrdom. Down the road from me in Faughurt was St. Brigid’s stone which boasted a hole burned into it by the eye she plucked out. In this collection, ‘I Kiss The Wounds’ is possibly the most overtly Catholics of these stories, centring on the cult of Padre Pio (an Italian saint from Puglia adopted by Irish Catholics) which celebrated his heavenly stigmata, his sacred wounds. The Cure’ is a testimony to the dying tradition of the holy cures passed from generation to generation.‘Noli Me Tangere’ reflects a childhood of churches, staring at the stained glass windows depicting sun-dazzled scenes from the life of Christ, while ‘Reducing’ speaks to the powerful belief in St. Anthony (yet another adopted Italian saint) beloved of older Irish people as a finder of what is lost. Later in life, I returned to this early obsession with visits to foreign catacombs; tangled and wondrous architectures of monastic bones, jewel-encrusted bodies of saints, preserved in all their glittering magnificence.

This fascination with morbid anatomy also stems from a short-lived stint I spent working in a museum of pathology in Dublin. This was a cornucopia of diseased limbs, lovingly rendered in linen and wax by 19th century artists for their medical peers to study. Within the murky waters of the glass jars drifted strange and terrifying facsimiles of legs, arms, organs, foetuses; identifiable but  completely other. This fascination led to my discovery of wax creations the Anatomical Venus and her sisters, the Slashed Beauty and the Dissected Graces – all moulded in the same spirit, to probe the boundaries of anatomy. From this obsession, the opening story of the collection unfolded, ‘I’ll Be Your Mirror,’ an exploration, step-by-step, into the secret recesses of the female body. Likewise, the closing story of chimeras, ‘I Spit Myself Out,’ is a dark reflection of those yellowed jars of strange specimens in that long-ago museum of pathology.

Morbid pathology also interests me as part my own experience of chronic illness; an apprenticeship of living in an abnormal body that is perpetually straining to conform to normal standards of health. ‘I’ll Be Your Mirror’ and ‘Love Like Blood’ both explore what it means to live in a Gothic body, forever in flux, forever fighting mortality.

And so in this collection, I draw together these myriad influences—mystical Catholicism, strange anatomy and chronic illness—to present the reader with recurrent motifs within this collection, signposts to my own strange obsession with the body and all its secrets... 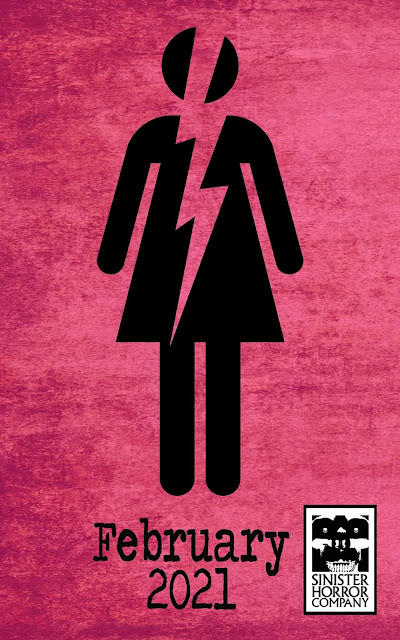 You can pre-order the collection here, or you can order directly from the Sinister Horror Company here. 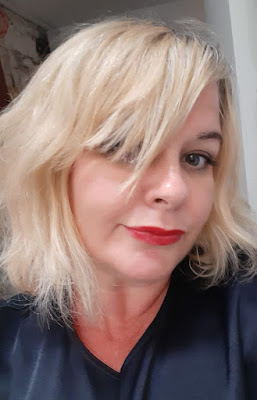 Tracy Fahey is an Irish writer of Gothic fiction.
In 2017, her debut collection The Unheimlich Manoeuvre was shortlisted for a British Fantasy Award for Best Collection. Her short fiction is published in over thirty American, British, Australian and Irish anthologies. She holds a PhD on the Gothic in visual arts, and her non-fiction writing is published in edited collections and journals. She has been awarded residencies in Ireland and Greece.
Her first novel, The Girl In The Fort, was published in 2017 by Fox Spirit Press while her second collection, New Music For Old Rituals was released in 2018 by Black Shuck Books.  Her mini-collection, Unheimlich Manoeuvres In The Dark, was published in 2020 by Sinister Horror Company.
Her new collection, I Spit Myself Out is published by the Sinister Horror Company in February 2021
Tracy can be found online here.
Posted by Mark West at 09:00:00