Into The River, by Mark Brandi (a review)

In a new edition of the occasional series, I want to tell you about a book I've read and loved, which I think adds to the genre (crime, in this case) and that I think you'll enjoy if you're a fan. 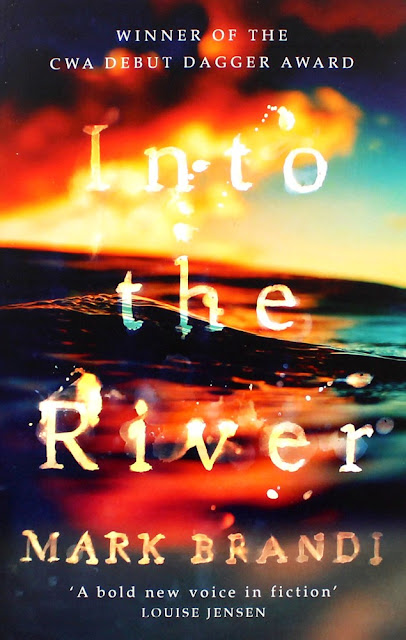 Growing up in a small country town, Ben and Fab spend their days playing cricket, wanting a pair of Nike Air Maxes and not talking about how Fab's dad hits him, or how the sudden death of Ben's next-door neighbour unsettled him. Almost teenagers, they already know some things are better left unsaid.

Then a newcomer arrived. Fab reckoned he was a secret agent and he and Ben staked him out. He looked strong. Maybe even stronger than Fab's dad. Neither realised the shadow this man would cast over both their lives.

Twenty years later, Fab is going nowhere but hoping for somewhere better. Then a body is found in the river, and Fab can't ignore the past any more.


I came to this without knowing anything about it - I was browsing in The Works and saw the cover blurb by my friend Louise Jensen - and I'm pleased about that, because if I'd known the issue at the heart of the story, I might have passed on it.  I'm so glad I didn't.

Ben and Fab are best friends, ten-year-olds growing up in a small town in Northern Australia at the tail end of the 80s (though this isn't specified until later).  They spend their days watching TV (including The A-Team, which I thought was a brilliant touch), playing cricket and yabbying in the local creek.  What they don't do is talk about how Fab’s dad hits him or how the death of Ben’s next door neighbour Daisy unsettled him, certainly once the awful rumours start.  Then someone new moves in, a loner called Ronnie with a flash car and the shadow he casts over both boys lives will be felt for a long time to come.

The situation between Ben and Ronnie is harrowing but the worst of it happens off the page which, I think, makes the drama even more intense.  Brandi captures the dry and hot atmosphere of a country town well, so you can almost feel the parched pavements and gardens and his characterisation of the ten year olds feels accurate - they’re smart, but not as clever as they think they are while their relationship is boisterous and natural.  The adults are seen through their eyes, involved but aloof and Fab’s homelife is nicely done, the violence countered by his wonderful mum (who Ben falls for).  The book is split into three parts, with the first told from Ben's POV (he knows there's a problem with Ronnie, he just can't see what it is) and once that storyline has built to its horrific conclusion, Feb takes the next part, as an adult clearly damaged by life and barely scraping by.  So when the past does return - as heralded by the prologue - things start to crumble.

I liked this a lot, it’s tense but often funny, real and harrowing but mostly hopeful, that friendships do conquer fear sometimes.  Engaging, briskly told and well paced, this is a cracking novel and thoroughly deserving of its acclaim.  Highly recommended.