Devil Inside, by INXS

Since it's 32 years old this week, I'm taking a look at INXS' Devil Inside, a single I think best encapsulates not only the excellent Kick album but also the time period. 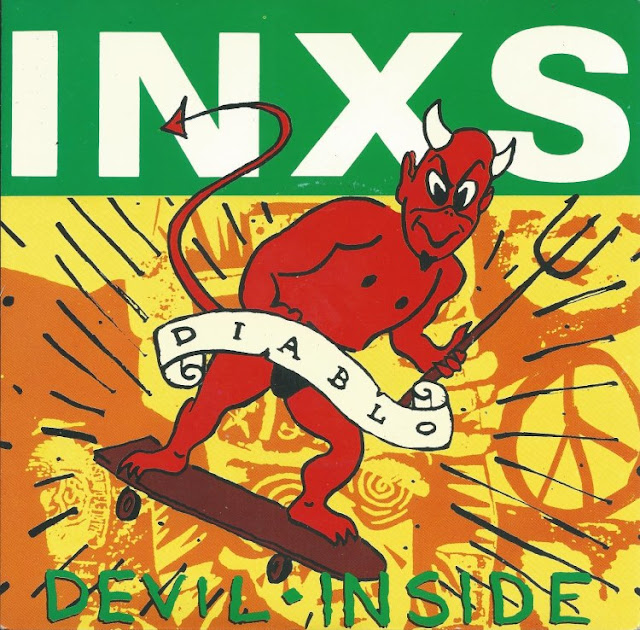 Devil Inside, the second single (following Need You Tonight) from Kick (which I wrote about here), was released on 8th February 1988 in Australia and 13th February 1988 for the rest of the world.  Recorded at Rhinoceros Studios in Sydney during 1986, it was written by Andrew Farriss & Michael Hutchence, produced by Chris Thomas and mixed by Bob Clearmountain.

It’s highest worldwide chart position was number 2, on the US Billboard Hot 100 for a fortnight (held off the top spot by Billy Ocean’s Get Outta My Dreams and Whitney Houston with Where Do Broken Hearts Go), going on to spend seventeen weeks on the chart.  It peaked at number 6 in Australia, 20 in France, 25 in Ireland and 47 in the UK (spending five weeks on the charts here).

The song, part of the first batch for Kick, was written in July while the band was on the If You Got It, Shake It World Tour in 1986.  Andrew Farriss said, “The band was staying at a hotel in Edgware Road in London.  That’s where I wrote the riff - I put it on a demo in my room.  I worked out the chords, played everything for Michael and he said, ‘That’s really good, let’s run with it.’”

The band enjoyed playing the song live - “if you know the right parts,” Farriss said, “you can pretty much play this song as a bar band” - and Chris Thomas managed to preserve that in the recording.  The song quickly became a staple of concerts and it closed the Summer XS gig at Wembley in July 1991. 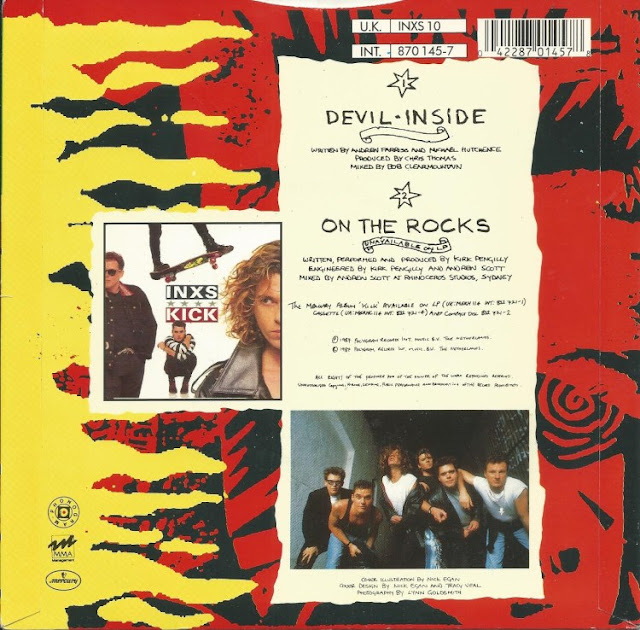 Joel Schumacher directed the video, a situation which arose from the soundtrack for his film The Lost Boys, released in 1987.  INXS contributed two songs, both of them collaborations with Jimmy Barnes - Good Times (a cover of the Easybeats song from 1968) and Laying Down The Law (co-written by INXS and Barnes) - which were originally recorded to publicise the Australian Made concerts from December 1986 to January 1987.  Since the music budget for the film wasn’t big enough but Schumacher wanted INXS, he agreed to direct a music video for them and they held him to the offer.

The video was filmed over two nights in mid-November 1987 at the Balboa Island Arcade & Boardwalk in Newport Beach, Southern California.  The production utilised three locations - the Balboa Saloon, as well as the Playland and Funzone arcades - and shot from 8pm to 4am (INXS had to leave for Canada after the second night of shooting for a concert).  The boardwalk was kept open to the public who were encouraged to be involved as unpaid extras, whilst the bodybuilders, bikers, businessmen, the fortune teller and the transvestite were all actors brought in for the shoot.

Kirk Pengilly said, in interview, that he didn’t like the video feeling it was “too American” but I love it and the song equally - both, to me, pretty much encapsulate the 80s in terms of sound and vision.

Devil Inside was nominated for Best Editing in a Video at the 1988 MTV Video Music Awards, but lost out to Need You Tonight (which swept the awards, winning five trophies). 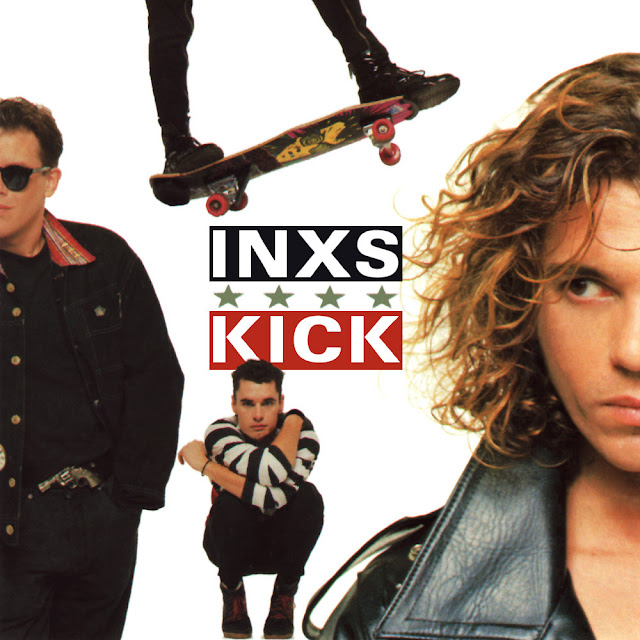 
The albums was supported by the enormous Kick World Tour which started at East Lansing in Michigan on 16th September 1987 and took in America, Canada, the UK, Europe, Japan, New Zealand and Australia.  The tour ended on 13th November 1988 at the Sydney Entertainment Centre, having played to more than 3 million people.

This performance was shot at Summer XS, Wembley Stadium, 13th July 1991 - a concert I was lucky enough to attend - and later released on the "Live Baby Live" DVD, directed by David Mallet.  Talk about a great way to close a show!