Heart Of Glass, the fourth single (following Picture This, I’m Gonna Love You Too and Hanging On The Telephone) from Parallel Lines (which I wrote about here), was released on 27th January 1979 in the UK.  Recorded at The Record Plant in New York during June 1977, it was written by Chris Stein & Debbie Harry and produced by Mike Chapman. 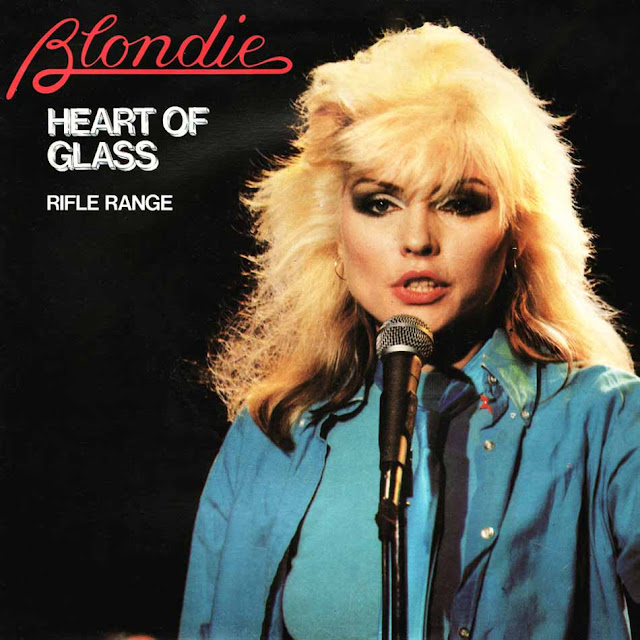 Heart Of Glass broke Blondie worldwide and was a huge hit for them.  Their first UK and US number 1, it also hit the top spot in Australia, Austria, Canada, Germany, New Zealand and Switzerland as well as making the Top 10 in Belgium, Ireland, the Netherlands, Norway, South Africa and Sweden.  In the Year End charts, it was number 1 in New Zealand, number 2 in Canada and the UK and number 3 in Australia (and ranked 32nd in the UK chart for the whole of the 1970s).  It has sold over 3.5m copies to date and was certified Gold in France, Germany and the US, Platinum in the UK and 2xPlatinum in Canada.

The basis of the song, then known as Once I Had A Love, was written by Debbie Harry & Chris Stein between 1974 and 1975.  “[It] was one of the first songs Blondie wrote,” Debbie told Dave Simpson of The Guardian in April 2013, “but it was years before we recorded it properly. We’d tried it as a ballad, as reggae, but it never quite worked.”  As work progressed on Parallel Lines, producer Mike Chapman “asked us to play all the songs we had.  Sheepishly, we said, “Well, there is this old one.”  Chapman liked it (“he thought it was very pretty,” said Debbie) and the band started to work on it.

Chapman credits Debbie with giving it a more disco twist, she says he convinced her and Stein of it.  In an interview with the NME (dated 4th February 1978), Debbie mentioned she liked Giorgio Moroder’s disco work - “It’s commercial, but it's good, it says something, that's the kind of stuff that I want to do” - and Blondie covered I Feel Love (written by Moroder and Donna Summer) at a benefit for Johnny Blitz in New York on 7th May 1978. 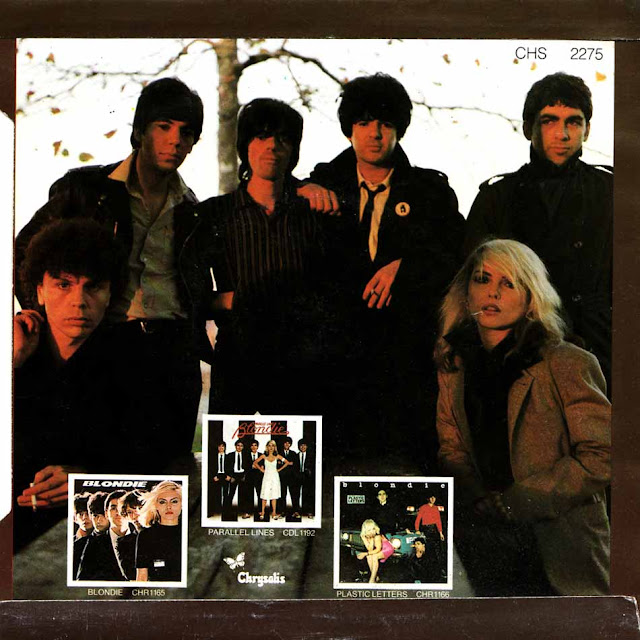 “The boys in the band had got their hands on a new toy,” Debbie told The Guardian.  Stein and keyboardist Jimmy Destri often visited a music shop on in Manhattan and had picked up a Roland CR-78 drum machine.  “They came back with this little rhythm box,” Harry said, “which went 'tikka tikka tikka'.”  Mike Chapman heard them experimenting with it, liked the sound and decided to build the song around it.  The CR-78 was first introduced in 1978 and Heart Of Glass was one of the first uses of it in popular music (it was also unusual at the time for a rock band to use a drum machine).  The decision was made to combine it with Clem Burke’s live drumming and the machine was also used to send a trigger pulse to the early synthesisers Destri used, which became a distinctive electronic/synth element of the song.

“The lyrics weren’t about anyone, they were just a plaintive moan about lost love,” Debbie told The Guardian.  “I was tired of hearing girls singers write or sing about being beaten by love,” she told Q.  “So I said, well listen, there are also a lot of girls who just walk away.”

Heart Of Glass was originally released as a 12” single in a 5:50 version but there were objections from radio stations to the “pain in the ass” lyric, which the 7” version cut down on.  “At first,” Debbie told The Guardian, “the song kept saying: 'Once I had a love, it was a gas. Soon turned out, it was a pain in the ass.'  We couldn't keep saying that, so we came up with: 'Soon turned out, had a heart of glass.'  We kept one 'pain in the ass' in - and the BBC bleeped it out for radio.”

As well as being a hit, the song created some controversy because of its disco sound and Blondie, at the forefront of ’s growing new wave music scene, were accused of selling out.  “People got nervous and angry about us bringing different influences into rock,” Debbie told The Guardian.  “Although we'd covered Lady Marmalade and I Feel Love at gigs, lots of people were mad at us for 'going disco' with Heart of Glass.”  Stein said, “As far as I was concerned, disco was part of R&B, which I'd always liked. The Ramones went on about us "going disco", but it was tongue-in-cheek. They were our friends.”

Although it includes a shot of the legendary nightclub Studio 54, the video - directed by Stanley Dorfman - was filmed in “a short-lived club called the Copa or something,” said Stein.  Opening with footage of a nighttime , it then becomes a performance piece, focussing on Debbie (often with that wonderful disinterested expression she has) but also showing a lot of the band, especially in the wide shots.  “I wanted to dance around,” she told The Guardian, “but they told us to remain static, while the cameras moved around.  God only knows why.  Maybe we were too clumsy.”  Her dress was designed by her friend  Stephen Sprouse, while she created the bands T-shirts.  “Everyone says I look iconic and in control,” she said, “but I prefer our other videos.”

The song was issued as a single both as a 7” (backed with Rifle Range (Stein, Ronnie Toast) in the UK and 11:59 (Destri) in the US) and 12” (Rifle Range again and the Heart Of Glass instrumental in the UK, while the US version only included the instrumental).

sources:
UK chart positions
"How We Made Heart Of Glass" in The Guardian
Cover art
Posted by Mark West at 09:00:00