Live And Let Die, the eighth James Bond film in the official EON series (and the first to feature Roger Moore in the lead role), opened in the UK on 6th July 1973 (following its premiere on 5th July).  It was directed by Guy Hamilton, produced by Albert R. “Cubby” Broccoli & Harry Saltzman and written by Tom Mankiewicz.  Ted Moore was the director of photography, Syd Cain was the production designer, Derek Meddings supervised the visual effects and George Martin wrote the score (Paul McCartney & Wings supplied the theme song).  On a budget of $7m, the film has made almost $162m to date.

I wrote a retrospective of the film for it's 40th anniversary, which you can read here. 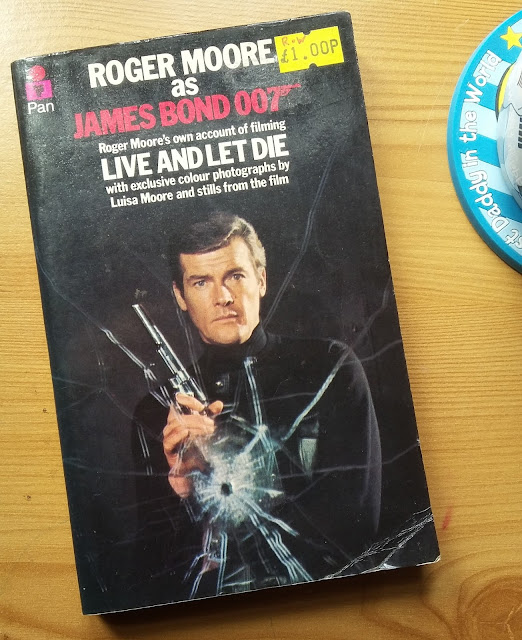 As regular readers of this blog will know, I was (and remain) a huge fan of the late, great Sir Roger Moore. I picked this book up in 2003 at a Toy Fair, read it then and loved it.  Last year, on hearing of his passing, I decided to read it again and what a treat it was.

This is Roger Moore’s diary of his time making Live And Let Die - we don’t get anything from before production began and we don’t get anything after production ended, but we get absolutely everything between those two points. Where now a lot of behind the scenes material (which I love to read) is either tactful or adheres to the company line, this takes no notice of that. Moore discusses race relations (both on set and with the locations), needles his producer for being cheap, gets on well with the crew and his fellow actors (most appeared to have worked with him in the past) and yet isn’t afraid to portray himself honestly - he loses his temper on occasion (sometimes at the production, more often at himself) and argues with his wife. Remarkably candid and told with the wit he showed in his autobiography and his live shows (two of which I was lucky enough to catch), this presents a man who enjoys what he does (and realises how lucky he is), wants the best for people (he’s often aghast at how Harry Saltzman treats people in restaurants), clearly loves his kids and takes great pride in his charity work for the Stars Organisation For Spastics (of which he was patron). Being a diary, we also get a glimpse into his social life as he entertains (or is entertained by) various famous people and even gets star-struck himself (such as meeting Deborah Kerr in a restaurant).

Funny, insightful, smart and informative, this is a fantastic read and if you can get hold of a copy, I’d very much recommend it. 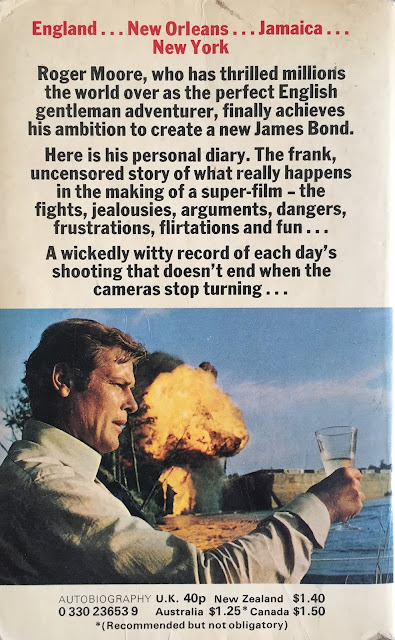 In his autobiography, Moore writes about signing for the role:

A little later my phone rang, with a message for me from Broccoli’s co-producer, Harry Saltzman: "Cubby thinks you need to lose a little weight."

Well, I’d been filming the TV series The Persuaders with Tony Curtis, whose love of the good life had rubbed off on me. ‘OK,’ I said, and started a strict diet.

The phone rang again: "Cubby thinks you’re a little out of shape."

So I started a tough fitness regimen.

Again the phone rang, and this time it was Cubby: "Harry thinks your hair is a little too long."

"Why didn’t you just cast a thin, fit, bald fellow in the first place and avoid putting me through this hell?" I replied. 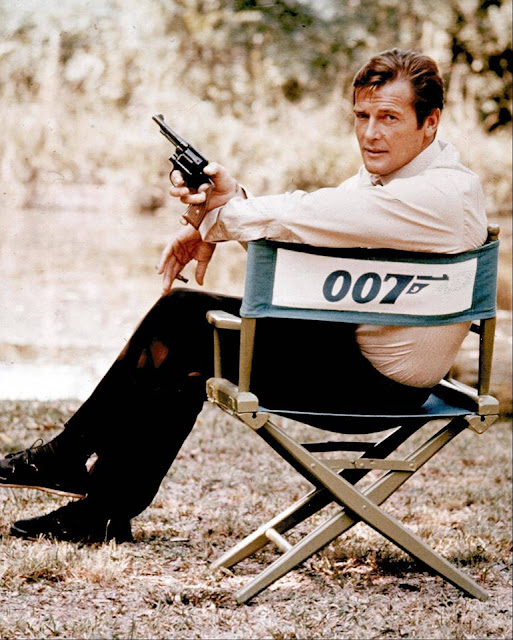 “As Bond," he writes in the diary, "I make love to Rosie Carver, played by beautiful black actress, Gloria Hendry, and Luisa [Moore’s then-wife] has learned from certain Louisiana ladies that if there is a scene like that they won’t go to see the picture.  I personally don’t give a damn and it makes me all the more determined to play the scene.”
Moore writes; “It may seem like money for jam pressed close to the beautiful Madeline Smith and taking her clothes off into the bargain, but on the twentieth take your arm is aching, you've got cramp in your left foot and your right knee is going to sleep. When I got home the children asked me what I did today and I wasn't quite sure what to tell them.”
Moore writes; "I wound up in a heap on the floor, clutching my mouth, my knee throbbing, my shoulder numb and what felt like fifty-four thousand teeth in my mouth all at once being slowly mangled up into little bits of gravel.  The only thing flashing before my eyes was that here I was just about to start playing Bond with no teeth.  How on earth did I get myself into this situation?"
Moore writes; "I agreed but an hour later saw that the film camera crew had built a hide to protect themselves from the blast and flying debris.

'Why are you hiding behind there, fellows?' I asked foolishly.

'Well Rarge,' said one of the American crew, 'they say there's gonna be a little blast.'

I sat there, through the countdown, clutching a glass of chilled white port with the photographers on my right and all hell to be let loose on my left.

The bang came and I don't know if it blew me or I jumped four feet in the air, somehow without spilling one drop of wine.  As a cool-in-a-crisis Bond shot it could have been a disaster, but most of the photographers leapt a bit higher than I did." 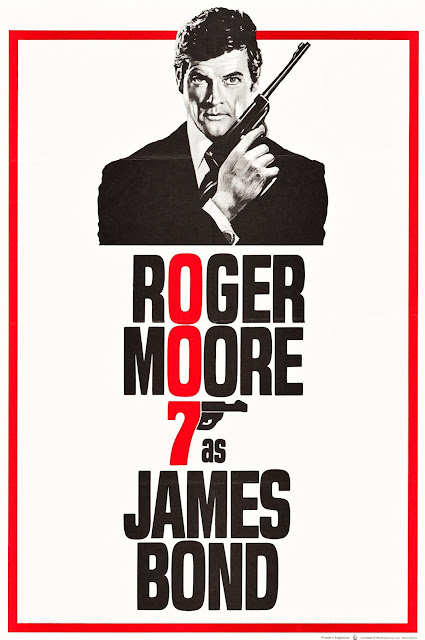 The children arrive tomorrow and I wonder if Geoffrey will realise that I am Bond when he sees me in action.  Just before we left England he asked:

"Can you beat anybody, including a robber?"

"Daddy is going to play James Bond," I explained.

"I know that," he sighed, impatiently.  "I mean the real James Bond, Sean Connery."

The book has been re-released (after being 'out of print for over forty years') by The History Press as The 007 Diaries: Filming Live and Let Die with a new introduction by David Hedison (Moore's friend who plays Felix Leiter in the film).