Things We Leave Behind

I'm pleased to announce that my second collection, Things We Leave Behind, will be published by Dark Minds Press and launched (alongside Laura Mauro's excellent novella Naming The Bones) at Edge-Lit in Derby on Saturday 15th July.
This second volume of short stories (following Strange Tales, which was originally published in 2003) features eighteen tales spanning the length of my published career to date (the earliest here, All The Rage, appeared in 1999).

It's been a pleasure working with Anthony Watson & Ross Warren at Dark Minds on this (I approached them back in 2016 to see if they'd be interested and was nicely surprised that they were), though Ross continually mocks my two-spaces-after-the-full-stop technique.  Searching through my back catalogue was fun, the editing process was interesting (re-reading a story that's seventeen years old and having to resist the urge to re-write it all is hard) and the cover (with art by Neil Williams) is perfect (and it's good to see Mr Stix make an appearance).  To top it off, Johnny Mains offered to write the introduction and that was the icing on the cake.

The book will be available as both paperback and ebook editions. 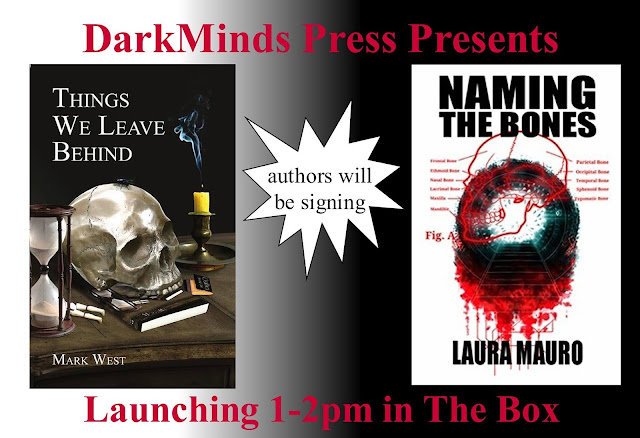