There are a lot of things I love about Star Wars - as you might have already guessed - but one thing in particular is the iconic Stormtrooper.  It’s a love clearly shared - there’s a lot of Trooper merchandise available (and I own quite a lot of it, including an army of almost 90 vintage 3.75" Palitoy figures) - though I can't put my finger on exactly why, except I think they look very cool.

For this month's Star Wars At 40 entry, I thought I'd take a look at them...
Stormtroopers are elite shock troops fanatically loyal to the Empire and impossible to sway from the Imperial cause. They wear imposing white armor, which offers a wide range of survival equipment and temperature controls to allow the soldiers to survive in almost any environment. Stormtroopers wield blaster rifles and pistols with great skill, and attack in hordes to overwhelm their enemies.
- www.starwars.com
The Stormtrooper design was based on an original concept painting by Ralph McQuarrie, with Liz Moore and Nick Pemberton sculpting designs for the helmet.  The body armour was sculpted by Brian Muir and initially cast in plaster, before being produced in vacuum formed ABS plastic by Andrew Ainsworth.  Fifty stunt helmets were produced for the film (in white-painted HDPE, a type of polyethylene plastic), along with six ‘hero’ helmets (in white ABS).  The designs are slightly different in the eye and mouth area and the 'hero' helmet has more of a frown.
The Stormtroopers gun (known as an Imperial BlasTech E-11) was created by Bapty & Co, an armorer who created most of the weapons for Star Wars and The Empire Strikes Back and was built around a standard Sterling sub-machine gun, along with some custom dressing.  Six grips were added to the barrel (the same material used as grips on Luke's lightsaber), a 1942 M38 Azimouth scope (from a tank), a Hengstler Corporation counter box on the side and two small cylinders on top of the magazine well (which had been cut down significantly).  Although most of the guns were props, firing versions were also used and are identifiable by the smoke they emit when shot.

“And these blast points, to accurate for Sandpeople.  Only Imperial Stormtroopers are so precise”
- Obi-Wan Kenobi, Star Wars
The Stormtroopers were played by stuntmen and extras, who all had difficulties with the costume - the helmets were difficult to see out of and the shoes (which, according to costume designer John Mollo, were Chelsea boots sprayed white) slipped on the shiny Death Star floors.  Mark Hamill confirmed on his Twitter feed in May 2016 that Luke’s line “I can’t see a thing in this helmet” wasn’t scripted, he thought the cameras had stopped rolling when he said it to Harrison Ford.  “My memory,” he wrote, “is it was an ad-lib I did that George liked and kept in. Those helmets were very restricting of one's vision.”

One of the most famous troopers is the one who bumps his head on the Death Star doorway.  Played by Laurie Goode (who also portrayed an X-Wing pilot in the briefing sequence as well as a cantina patron), he apparently wasn’t feeling too well on the day and since no-one called “cut” he assumed he was out of shot.  Rather than correct the mistake, George Lucas drew attention to it in later re-releases, adding a sound effect and line of dialogue (“see to him”).  In the prequel Attack Of The Clones (2002), Jango Fett - from whom the original troopers were cloned - bashes his head on Slave-One.  On the DVD commentary, Lucas says, “I thought, ‘Wouldn’t it be funny if that’s a trait that Jango has?’ When he puts his helmet on he can’t really see that well, so he’s constantly bumping his head – and that trait gets cloned into all the Stormtroopers.” 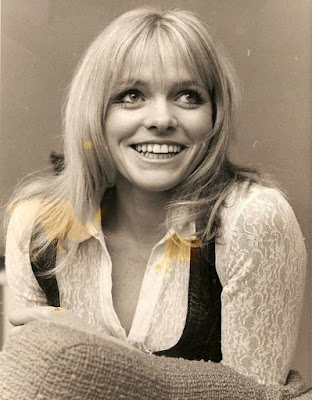 Elizabeth “Liz” Moore  was born in 1944 and began studying at Kingston Art School in London in 1961.  Moving on to a 3 years National Diploma of Design course, she chose Fine Art as her specialist subject and her work was chosen for the National Diploma Show at the Royal Academy of Art in 1965.

Aside from some of her painting featuring as props in The World Of Suzie Wong (1960), her first film work was Stanley Kubrick’s 2001: A Space Odyssey (1968), for which she created the Star Child model and also assisted Stuart Freeborn in the creation of the ape-men masks.  She was never officially credited for the film but Kubrick requested she work on building props for his next film, A Clockwork Orange (1971), for which she sculpted the nude female milk dispensers and tables at the Korova Milk Bar.  She and Kubrick also worked together on his next film Barry Lyndon (1975).

John Barry, who had been Production Designer for A Clockwork Orange, drafted Liz in to work on his next project, "a space opera to be called Star Wars".  She only worked on the film for a few months, but sculpted several concepts as well as the final approved suit for C3PO.  She left the production in late January 1976 to join her boyfriend in Holland but Barry contacted her again, as the schedule called for Stormtroopers to be on location in Tunisia in March 1976 and the design wasn’t finalised.  Working from a temporary workshop her boyfriend set up, she sculpted the helmet and returned to Elstree Studios where, after a few minor changes, George Lucas okayed the final design.

Liz Moore was tragically killed in a car accident on 13th August 1976 while working on Richard Attenborough’s A Bridge Too Far (1977).  She was only 32 and never got to see her iconic Star Wars designs on screen. 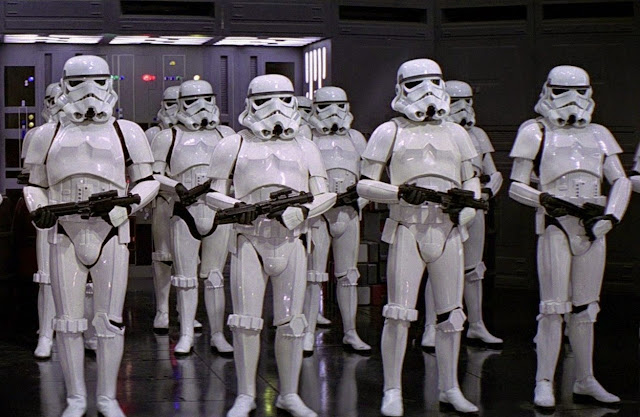 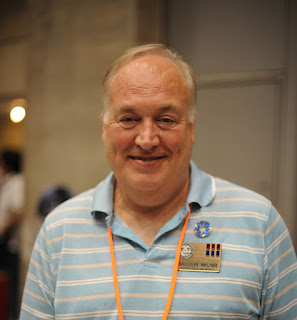 Brian Muir  was born on 15th April 1952 and began a four-year apprenticeship in woodwork and sculpture design at the Associated British Production Corporation at Elstree Studios in 1968.  After completing his apprenticeship, he went to work for Bradfords of London where he designed a Coat of Arms for the Crown Court and a Plaque for the New London Stock Exchange, which was unveiled by the Queen of England.

In 1976 he was asked to go back to Elstree Studios and said, in interview, “Although I had a secure job and was told that it may only be six weeks work on Star Wars, I felt it was worth the risk as I would be back doing the work I loved. As it turned out I was on the production for five months and the gamble certainly paid off!”  He sculpted the original Darth Vader mask, working from designs by Ralph McQuarrie, Norman Reynolds and John Mollo, as well as the Stormtrooper armour, the droid CZ3 and helped on the C3PO costume.

He has been much-in-demand in the film industry since, working with Lucasfilm again on Raiders Of The Lost Ark (1981) (co-creating The Ark Of The Covenant) and Indiana Jones And The Temple Of Doom (1984),  he co-created the Space Jockey in Alien (1979) and worked on the Bond series from The Spy Who Loved Me (1977) up to Skyfall (2012).  He also worked on the latest Star Wars film Rogue One (2016).