The fourth, in an occasional thread, of blog posts celebrating those cheesy, sleazy old-school pulp paperbacks from the 70s and 80s, which are now mostly forgotten.  Yes, we’re not talking great art here but these books have their place - for better or worse - in the genre and I think they deserve to be remembered.

This time around, I'm looking at a novel set on the east coast of England...

The Norfolk coast made for a perfect holiday - as long as the sun still shone.  But when the rain came, the creatures left the shadows...

Spectres from the past tortured James Hildebrand's mind.  His blackest nightmares were crowded with malevolent, coiling images of decay.  Then, suddenly, he knew the threat was real.

The dead alone could not quench their hunger.  And, for the living, the horrors that fed and multiplied in the darkness of the night became more terrible with the dawn...

James Hildebrand is in his early fifties, hen-pecked and locked into a joyless marriage with a wife who can’t stand him.  During a disastrous boating holiday on the east coast, he spots a ramshackle cottage he’d love to move into but his wife hates it.  As they walk across the marshes one day, he contrives that she falls in and drowns.  Now a murderer, he has to do everything he can to keep it quiet, whilst also worrying about the number of worms he keeps finding that might have something to do with the power plant being built on the marsh.

This was great fun, a really entertaining read that is mis-sold by both its blurb and it’s tag-line - “When the nightmares ended, the real horror began…”  Yes, it does feature killer worms (much later in the book than you’d expect), but it’s very well written in a precise style (an emulation, perhaps, of M R James?) and is more of a very dark comedy than an out-and-out monster novel.   The characters are well defined (it’s told in first person by Hildebrand), the handful of death scenes are nicely constructed, there’s a good pace and an excellent use of the atmospheric marshes and coast out of season.  As for the locations used, I loved them - starting in Potter Higham (I bought the book in nearby Great Yarmouth) and taking in Hunstanton, I found this really pleasing and mention of the Eastern Electricity Board made me smile too.  In addition, any book that features the line“The worms of hell.  They rear in pursuit of the souls of the deceased” is alright by me.

Your liking of this will depend entirely on your taste for cheesy horror, but mine was very much satisfied so for fellow fans, I’d recommend it!


I didn't realise it when I bought the novel that Montague was, in fact, the pseudonym of novelist and screenwriter Christopher Wood, who wrote my favourite Bond film "The Spy Who Loved Me". 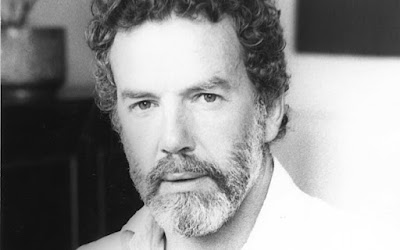 Christopher Hovelle Wood was born on 5th November 1935 in Lambeth, South London and evacuated to Norwich during the Blitz.  He read Economics and Law at Cambridge, graduated in 1960 and did his National Service in Cyprus, an experience that inspired his second novel “Terrible Hard, Says Alice” (1970), which fellow Bond novelist William Boyd favourably compared to Joseph Heller’s “Catch-22”.  His work for the UN in Cameroon during the 1960 plebiscite inspired two more novels, his first “Make It Happen To Me” (1969)  and “A Dove Against Death” (1983).

The first of these, “Confessions Of A Window Cleaner” (1971), published as written “by Timothy Lea”, was a huge success and went through multiple editions.  Wood took his inspiration from tall tales he heard while working as mason’s mate and part-time postman in his teens and each novel was written in five weeks.  In a 2013 Penthouse interview, he said “they were funny then and they are funny now.  Then again, I always did like smut.”

He also created two series featuring female protagonists (again published under the characters name).  “Confessions Of A Night Nurse” (1974) kicked off nine Rosie Dixon novels (the first was made into a 1978 film, for which Wood wrote the screenplay) and “The Stewardesses” (1973) began a five book run featuring Penny Sutton.

With the success of the Confessions books, Wood quit his advertising job to write full-time and moved his family to France.  He intended to write more literary fiction but found the demands on his time were too great and decided the ‘serious writing’ would have to wait while the Confessions books were selling.

He wrote the comedy “Seven Nights In Japan” (1976) for director Lewis Gilbert who co-opted his services for his next film “The Spy Who Loved Me” (1977), which had already gone through a lot of writers.  Wood later said “I just wanted to do a good job for everybody” and praised the producer Cubby Broccoli saying “everybody on the movie lived in style”.  His light approach fitted the Roger Moore characterisation of Bond perfectly (“One of the keys of writing a Bond movie,” he later said, “is to do the same thing, just differently”) and he went on to write “Moonraker” (1979), also for Gilbert.  He wasn’t a big fan of the idea though, saying “It seemed to me that we were copying Star Wars [and] I also found the idea of space slow in filmic terms.”  Since Fleming had sold only the title for “The Spy Who Loved Me”, Wood novelised his screenplay and also wrote “James Bond And Moonraker” since the film and original novel were so different.  Kingsley Amis, writing in the New Statesman, said “Mr Wood has bravely tackled his formidable task, that of turning a typical late Bond film, which must be basically facetious, into a novel after Ian Fleming, which must be basically serious. ... the descriptions are adequate and the action writing excellent.”

Judging by the timings, Wood must have written “Worms” between the two Bond screenplays.

Christopher Wood died at his France apartment on 9th May 2015, though it wasn’t widely reported until Sir Roger Moore published the news on Twitter on 17th October, acknowledging “he wrote two of my best.”  Wood, whose marriage was dissolved, was survived by a son and daughter, another son had pre-deceased him.

Previous entries in the series can be found at this link
Posted by Mark West at 09:00:00