It's been a while since I did a post about my writing (last August, other than stories being published, which you can read here), so I thought it was about time I did a bit of an update. 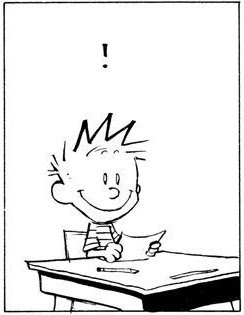 Things are pretty good, I’m pleased to say and 2016 is shaping up well on the writing front.

I’ve also managed to keep up the pace with my writing, having completed two shorts - The Order Of Aries (featuring my recurring character Mike Decker for A Zodiac Of Horror, again from Dean M Drinkel) and the gruesome love story Deb Loves Robbie (for Easter Eggs & Bunny Boilers, edited by Matt Shaw).

Aside from some essays and articles for the blog (which I’m thoroughly enjoying researching and writing), my next project is a novella for Hersham Horror Books (Peter Mark May’s publishing imprint, for whom I edited the Anatomy Of Death anthology back in 2013).  He’s been asking me to write him a novella for ages but, for one reason or another, I haven’t been able to do anything.  I got an idea late last year that excited me so I pitched it to him and he liked it and that’s what we’re going with.  Currently untitled, it’s a gruesome, action-packed horror story featuring a group of friends and what they find in an old, abandoned factory that has a less than pleasant history to it.  It will be launched, along with novellas by Steve Bacon, James Everington, Phil Sloman and a collection from Marie O’Regan at FantasyCon-by-the-sea in Scarborough, this coming September.

After that, I’ve been invited to contribute a story to a charity anthology based around the music of a very famous singer, which I’m thrilled (and nervous) about (and will let you know more when I’m able).  I’m not sure what I’m going to do yet (truth be told, I’m a bit scared) but I’m looking forward to it.

Following that I’m going to start planning a new novel, which I’ll hopefully begin work on during the summer.  Following the success of Drive and the novella I’ll discuss in a minute, I’ve decided to edge slightly out of horror and into dark thriller territory with it.  I don’t have a lot of the plot worked out yet - apart from the main character and her situation, as well as a gruesome murder set piece - but I talked it through with my friend Sue Moorcroft as we sat on a train at Leicester station and she liked it.

My final piece of writing news is a project that I hope you’ll be hearing a lot more about in the weeks to come.  Last year, Neil Buchanan of Stormblade Productions emailed me, asking if I’d like to write something for them to be published in print, as an ebook and also as an audiobook.  I liked the sound of that - I’ve never been ‘audiobooked’ before - and even better, it would be narrated by Carrie Buchanan, who’d done an excellent job on Everett Smiles.

Knowing I'd be writing for Carrie to read, I decided to make my lead character a woman and then heard “New Sensation” by INXS which gave me the idea for an event that would lead my protagonist to Paris.  I pitched the idea to them at FantasyCon in October, wrote the first draft through November and the second during December.  I let it sit for a while and did the third draft, taking in pre-reader comments, in mid-January and Neil accepted it a couple of weeks later.

The novella is called Polly, it’s a thriller (complete with a couple of creepy moments and some messy violence) and I’m really pleased with how it’s turned out.  More details as we get closer to the publication date.

Like I said before, 2016 is shaping up very nicely indeed... 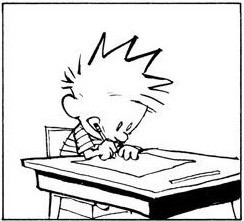