Following on from my other blogs last year about matte paintings (here, here (the Return of the Jedi one), here, here and here) which seemed to go down well and which I enjoyed doing, I've had great fun tracking down some more bits and pieces.

The Spy Who Loved Me (1977)
artwork by Alan Maley
The Blues Brothers (1980)
artwork by Albert Whitlock and Syd Dutton
Ghostbusters (1984)
artwork by Matt Yuricich
Aliens (1986)
artwork by Robert and Dennis Skotak (the opening shot, all painted) 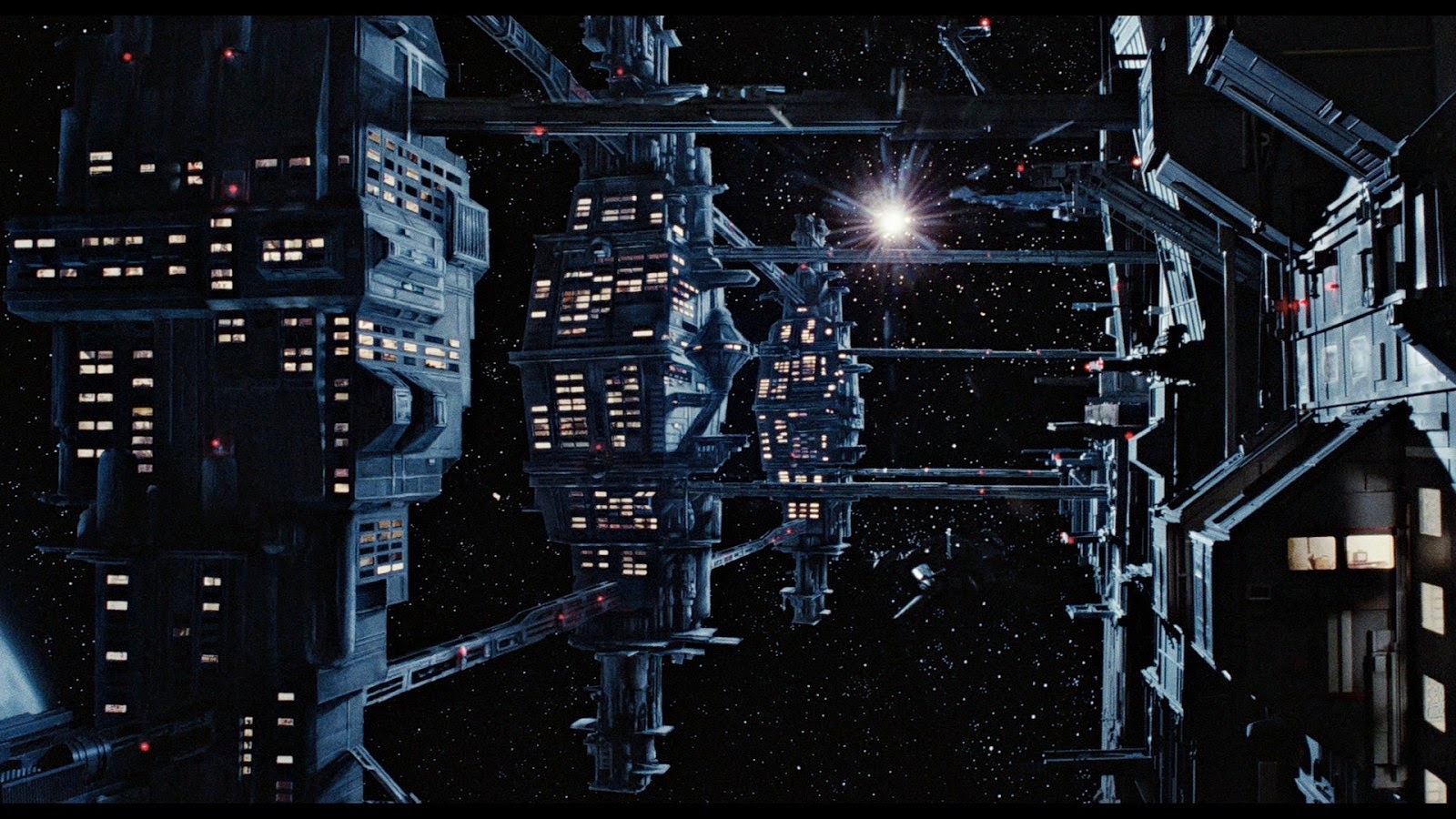 Who's That Girl? (1987)
Artwork by Mark Sullivan
This Madonna/Griffin Dunne comedy featured several pieces of wonderfully 'invisible' art.  In this sequence, Dunne is hanging out of his car which, in turn, is hanging out of a building.  The building is painted, the car is a large scale miniature and the actor is replaced by a small articulated puppet.  Note how the painting and model are precisely lined up, whilst Sullivan stop-motion animates the puppet. 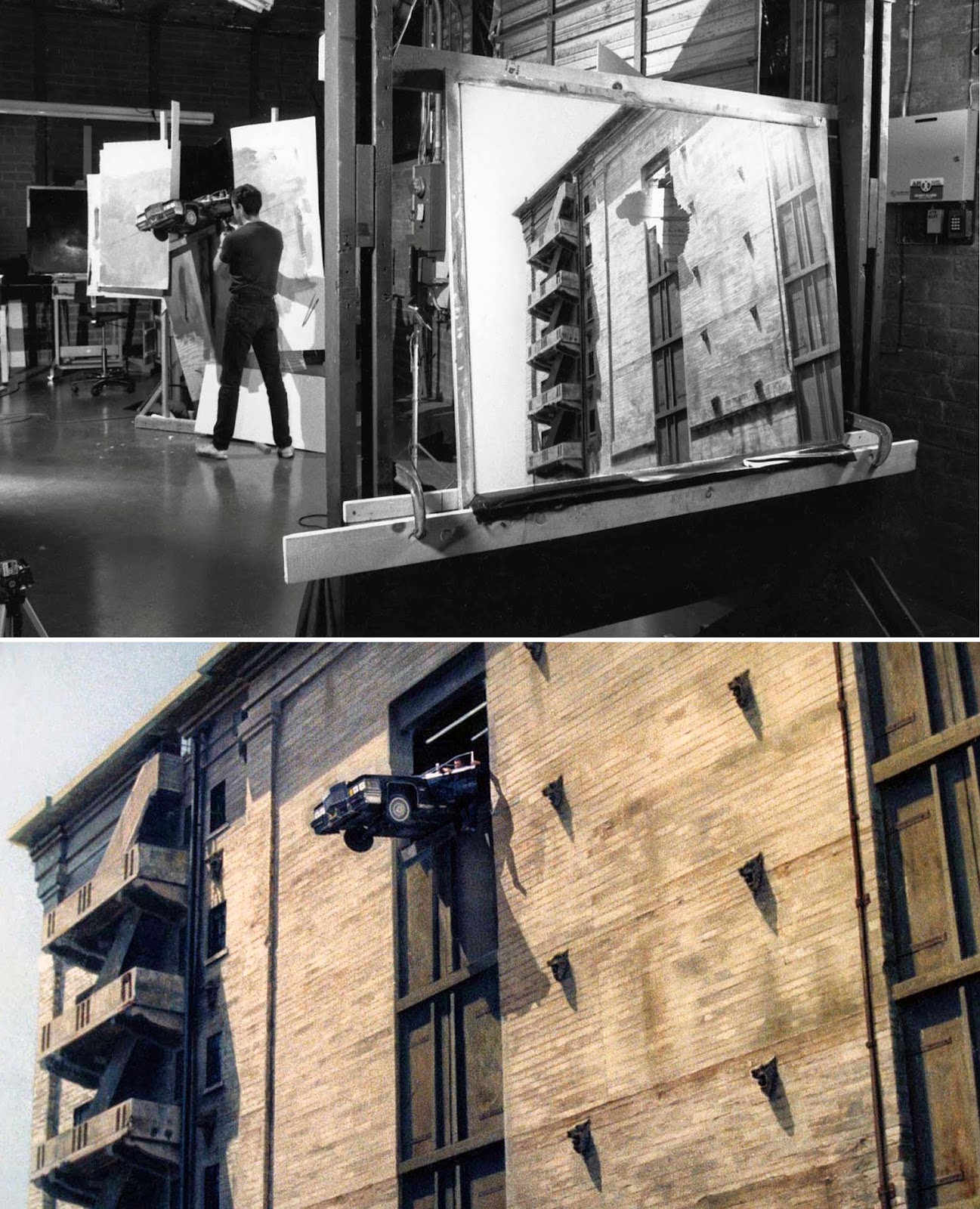 Robocop (1987)
Artwork by Mark Sullivan
The matte shot was combined with a stop-motion animated puppet of Ronny Cox's Dick Jones, falling to his death.

The Doors (1991)
Artwork by Mark Sullivan 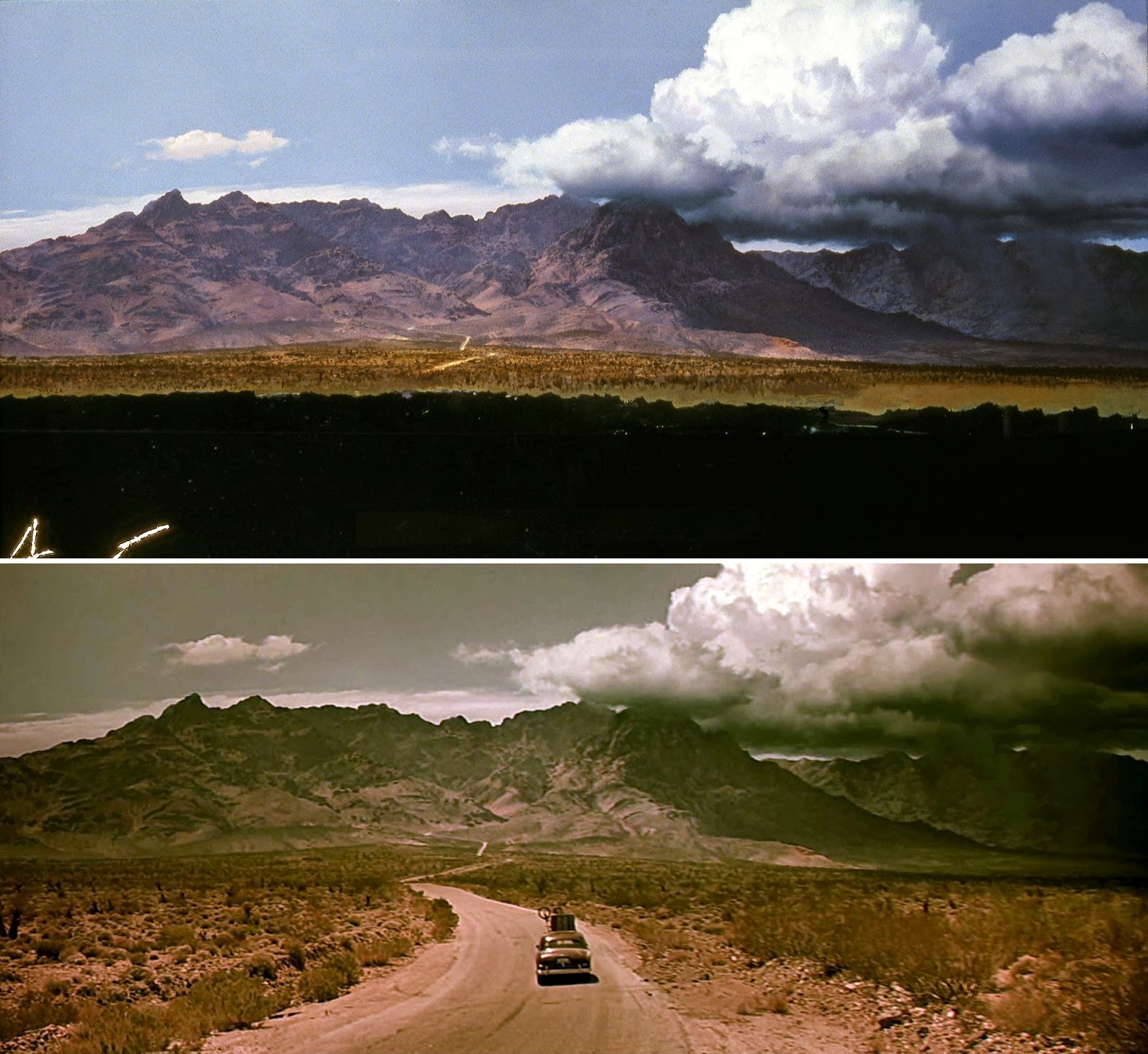 And simply because I adore it (and this is a much better quality image than any I've seen before), here's Albert Whitlock's wonderful painting of Covent Garden by night, from Hitchcock's "Frenzy" (1972)
thanks again to http://nzpetesmatteshot.blogspot.co.uk
Posted by Mark West at 09:00:00

Email ThisBlogThis!Share to TwitterShare to FacebookShare to Pinterest
Labels: behind the scenes, films, matte paintings