The Sixth Annual Westies - review of the year 2014 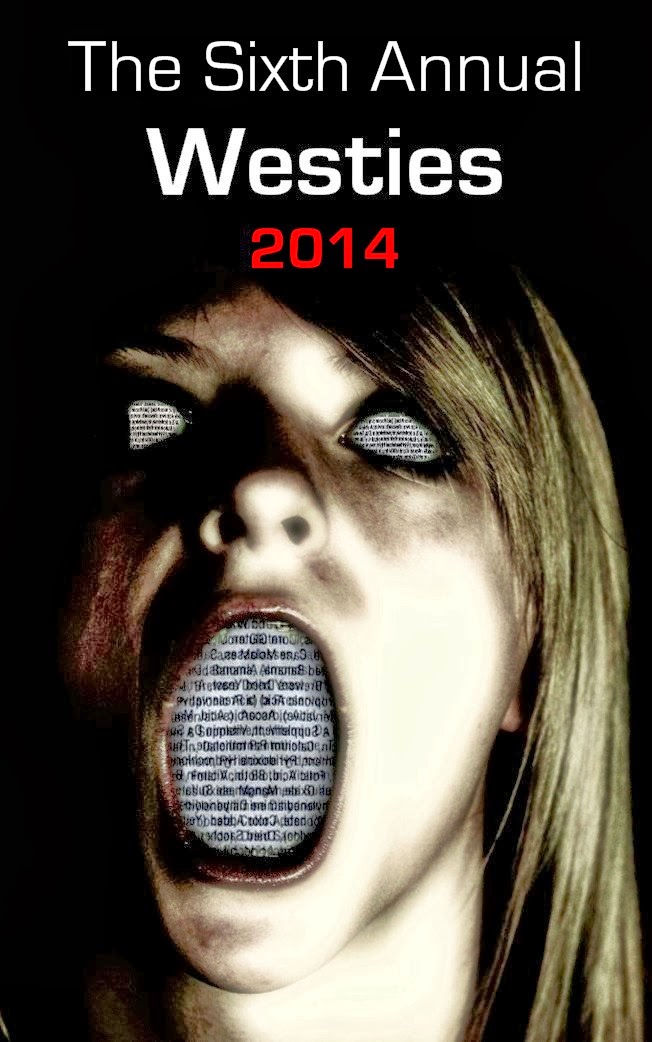 Well here we are again, with another year that seems to have whipped by (bit more of a bumpy ride than usual, I have to say) and so, as we gear up for Christmas, it’s time to indulge in the blog custom and remember the good (and not so good) books of 2014.

Once again, it was a great reading year for me, not only with my position as jury member for the BFS Best Horror Novel Award (free hardbacks!) but also because I decided to enrich my genre understanding and read some true classics.  As ever, the top 20 places were hard fought and, as with last year, I had a tie (for second place, this time) because the books were just too good to separate.  For some of these titles, I've written specific blog posts and linked to them in this list.

So without further ado, I present the Sixth Annual Westies Award - “My Best Fiction Reads Of The Year” - and the top 20 looks like this:


1: The House Next Door, by Anne Rivers Siddons
2= Something Wicked This Way Comes, by Ray Bradbury
2= Psycho, by Robert Bloch
2= Carrie, by Stephen King
5: The Shining Girls, by Lauren Beukes
6: The Happy Man, by Eric C. Higgs
7: The Stepford Wives, by Ira Levin
8: The Wedding Proposal, by Sue Moorcroft
9: Burnt Offerings, by Robert Marasco
10: Pastime, by Robert B. Parker
11: The Night Just Got Darker, by Gary McMahon
12: The Weight Of The Ocean, by Paul M. Feeney
13: Home And Hearth, by Angela Slatter
14: Crimson Joy, by Robert B. Parker
15: Cold Turkey, by Carole Johnstone
16: Casino Royale, by Ian Fleming
17: The Unquiet House, by Alison Littlewood
18: Beside Me, by Carolyn Henderson
19: Incubus, by Ray Russell
20: Dead Gone, by Luca Veste


(it should also be noted that Gary McMahon's short novel "The End" was published this year.  I first read it, as a critique, back in 2010 and it easily secured 2nd place in my list of that year as it should have done, it's a wonderful piece of work.  So really, this list has two McMahon entries, one you can see and also a 'ghost' one).

The Top 5 in non-fiction are:

1: Last Man Standing, by Sir Roger Moore
2: Simple Goalkeeping Made Spectacular: A Riotous Footballing Memoir about the Loneliest Position on the Field, by Graham Joyce
3: The Making Of The Empire Strikes Back, by J. W. Rinzler
4: The Making Of Return Of The Jedi, by J. W. Rinzler
5: Crab Monsters, Teenage Cavemen, and Candy Stripe Nurses: Roger Corman: King of the B Movie, by Chris Nashawaty

Of the 57 books, the breakdown is thus: