Making a tradition of something I started last year, here’s a look back at 2014 from a creative standpoint (and yes, it might be a bit self-indulgent but this is, after all, my blog…)

During 2014 I wrote 5 short stories, a novel pitch, a load of book reviews, created some book covers and trailers (via Rude Dude Films) and wrote a dozen or more essays/articles for this blog.  I also suffered a heart attack, which put paid to my creativity through the summer (we now refer to it in our house as being my “Fall Guy Summer”, since Dude & I worked our way through the first two series of that early 80s TV show whilst I recuperated).

I had 2 short stories published:
* The Ilizarov Apparatus in Voices From A Coma #1, edited by Shaun Hamilton from Imaginalis Publishing
* Rhytiphobia in Phobophobias, edited by Dean M. Drinkel, from Western Legends Publishing 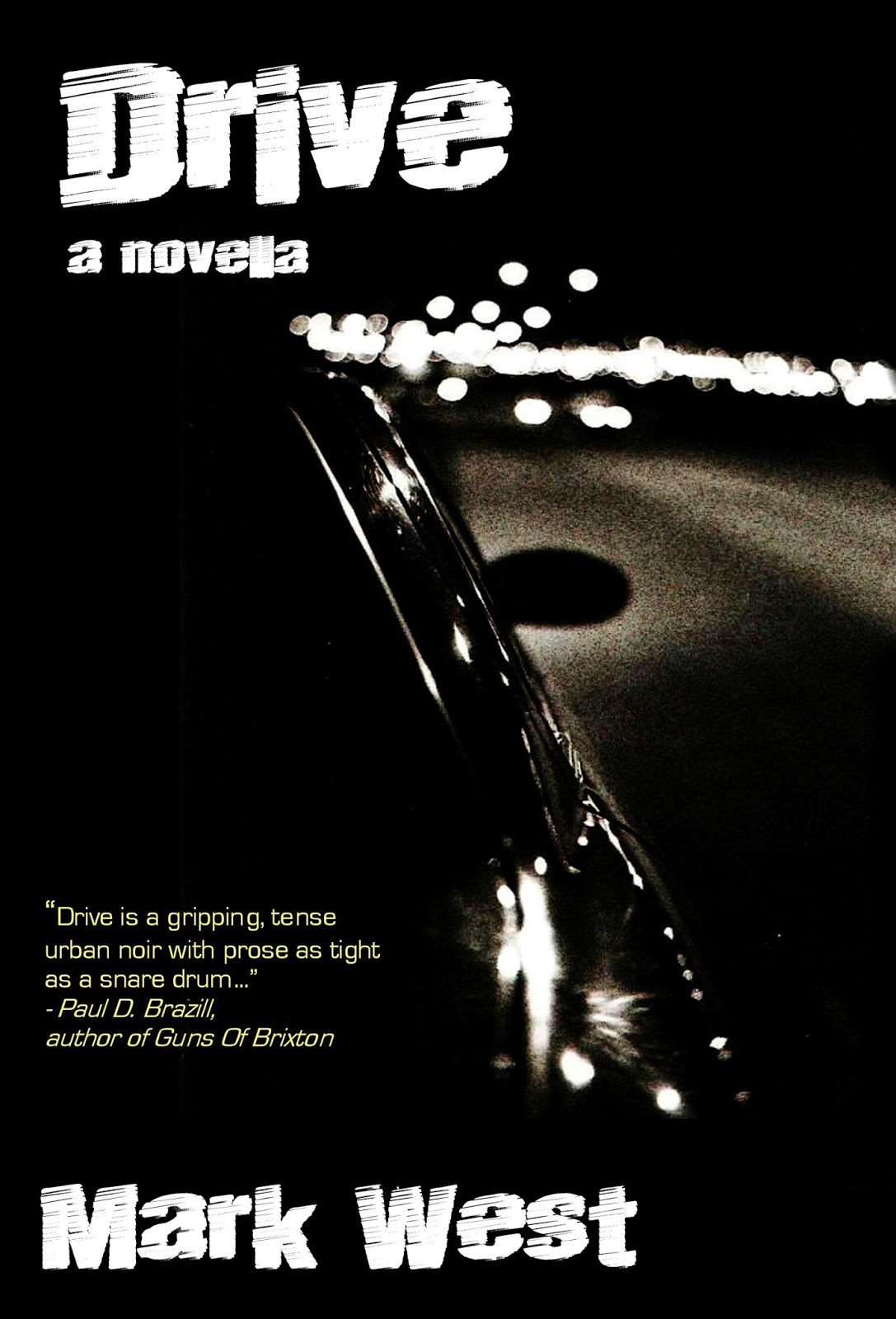 My novella Drive was published in print and digital editions by Pendragon Press and is available from Amazon.  Thankfully, it was very well received (including an excellent review in Black Static).

The Bureau Of Lost Children, which appeared in last year’s ill at ease 2, received an Honorable mention from Ellen Datlow.

My novel pitch for “The Witch House” was rejected and I was gutted.  However, I’m pleased to say that I’m back working on it now.

* * *
James Everington included "The City In The Rain" and "A Quiet Weekend Away" (both from my collection Strange Tales) in his Favourite Short Stories of 2014 round-up.

Kit Power, in his "What Kind Of A Year Has It Been?" round-up, awarded "Drive" an honorable mention in the Novella Of The Year category (which was won by Stephen Volk's masterpiece "Whitstable", itself my top read in 2012).  He said "Recommended as a one sit read, this one grabs you by the scruff and drags you though the intense narrative at a breathless pace."

Jim Mcleod at The Ginger Nuts Of Horror included "Drive" in his annual "Best Horror Of 2014" post, saying "While this is strictly not horror, Drive...is still a brilliant tense and fast paced story of urban horror."

Matthew Fryer at Welcome To The Hellforge included "Drive" as one of his three top novellas 'that linger...' and says "A true edge-of-your-seat cinematic experience that doesn’t let you pause for breath."

Anthony Watson, in his annual "Dark Musings" round-up included "Drive" in his novellas category with "a tense, white-knuckle chase through darkened streets that will keep you gripped to the last page."

* * *
Creatively speaking, 2014 hasn’t been bad at all, from the wonderful acclaim that Drive has attracted, the great projects and collaborators I’ve been involved with and the terrific Cons I’ve attended, though it was all tempered somewhat by my cardiac episode and the novel rejection.  Thankfully, 2015 is shaping up quite nicely with four short stories due for publication (as I write this) along with The Lost Film novellas (with Stephen Bacon) finally seeing the light of day and, as I mentioned before, I’m back working on the novel.

So all in all, a pretty good year and I’m feeling optimistic about 2015.  Thank you for your support in 2014, especially to those who bought, read and liked my work - I really do appreciate it.
Posted by Mark West at 09:00:00