Regular readers of this blog will know that I'm a big fan of behind-the-scenes stuff in films (my various posts on matte paintings can be found here, here (about Return of the Jedi), here, here and here) and one which continues to fascinate me is the use of miniatures (as seen in my post on Derek Meddings).

These are scale models (often shot with high speed photography and occasionally combined with matte paintings) used to represent things that aren't there, are too expensive or difficult to film in reality, or which can't be damaged (by fire, flood or explosion) in real life.

Although they're now largely replaced by (often-appallingly-obvious) CGI (ILM, now completely digital, got rid of its model-shop and they struck out on their own for a few years - as Kerner Optical - but have since gone bankrupt), some threads of this fine art still exist.  Christopher Nolan, for example, is a huge fan of miniature work and uses them extensively in his films (such as the chase sequence in "The Dark Knight").

Rather than show the obvious here (you've all seen people making models for "Star Wars"), I thought I'd highlight films and effects where it's not immediately obvious that you're looking at a miniature.

Black Narcissus (1947, directed by Michael Powell and Emeric Pressburger)
This wonderful film is filled with terrific examples of matte paintings but the one shot I'm going to highlight combines live-action, a large background miniature and a matte painting. 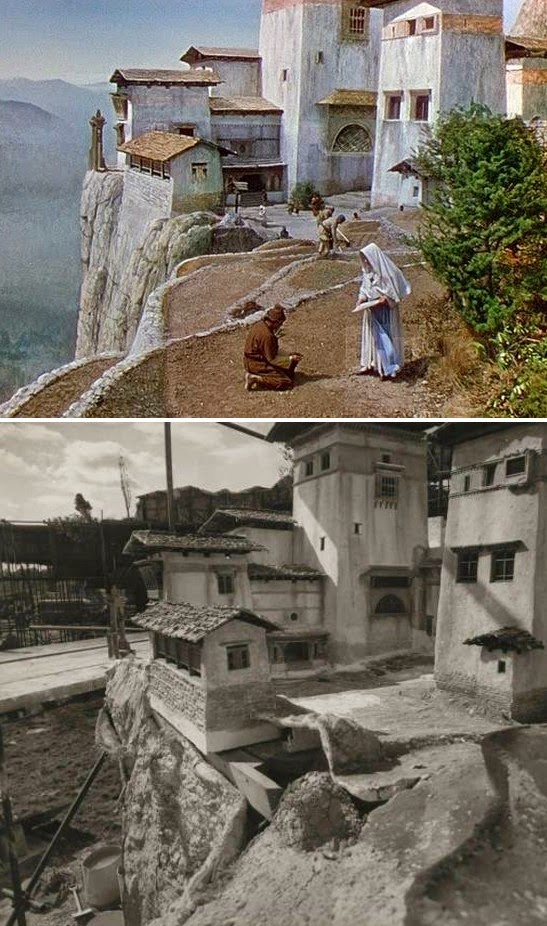 For Your Eyes Only (1981, directed by John Glen)
special effects supervised by Derek Meddings (for more details on him, see my post here)

The next "Movie Miniatures" post will be a celebration of ILM and their non-Star Wars work
Posted by Mark West at 09:00:00