I'm pleased to announce that my novella Drive is being published by Pendragon Press and launched at Edge-Lit 3, held at the Derby Quad, on Saturday 19 July 2014.

Chris Teague, of Pendragon Press, says that the novella is "a departure from Mark's horror writing, though still quite terrifying: a fast-paced thriller set in the darkness of Gaffney's streets."

I wrote the first draft in 2008 (before I knew of the James Sallis novella or, indeed, the film, so the title might change).  It was inspired as I drove down the M1 at 3am on my way to Luton airport and realised I was the only person on the road.  Chris picked it up in 2009 and I've revised it a couple of times since then.

It tells the story of David - who finds himself in Gaffney on a course - and a woman called Nat - a friend of a friend - he's giving a lift home to.  All is well until they have a run in with three thugs, who are cruising the town in a stolen Audi and looking for trouble.  Before the night is over, someone is going to get hurt.

There were still a few pedestrians in the city centre but hardly any traffic, other than taxis and so they didn’t have too many hold-ups.Apart from occasionally pointing out the dress sense of people they saw, they’d fallen into a comfortable silence, which David partly regretted - Nat was good company and nice to talk to.
She directed him into Dryden Street and he drove to the end of it, stopping at the traffic lights.  A group of women were at the kerb and a couple of them looked towards the car and waved, as if they couldn’t seem to decide if he was waiting for them or about to go.
He ushered them across and one of the women, wearing a denim skirt and jacket, her hair teased up into an approximation of a beehive, waved at him, smiling broadly.
"Blimey,” said Nat, “now that’s loud music.”
David looked in his rear view mirror and saw a red Audi coming towards them, in the next lane.
"He’s moving,” he said.  “Do you think he doesn’t know the road?”
Nat twisted around in her seat.  “It’s a one-way street, so he might be going right, but he’s tanking it.”
David looked at the crossing.  The women were about halfway across, apparently oblivious to both the flashing green man and the car heading towards them.  He checked the rear-view mirror.  The Audi wasn’t slowing down.
David looked at Nat, then at the women and honked his horn twice.
Some of the women looked over, their annoyed expressions fading away as they saw the Audi.  The green man disappeared completely as the women at the back of the group pushed their friends forward.  The last woman on the road dived for the safety of the payment as the Audi slid by, brakes screeching and tyres smoking, before turning right and disappearing from sight.
“Shit,” said David.
“Should we check they’re alright?” asked Nat.
Most of the women were now on their feet.  A couple were crying but none of them seemed injured, apart from ripped tights and a couple of bloody knees. 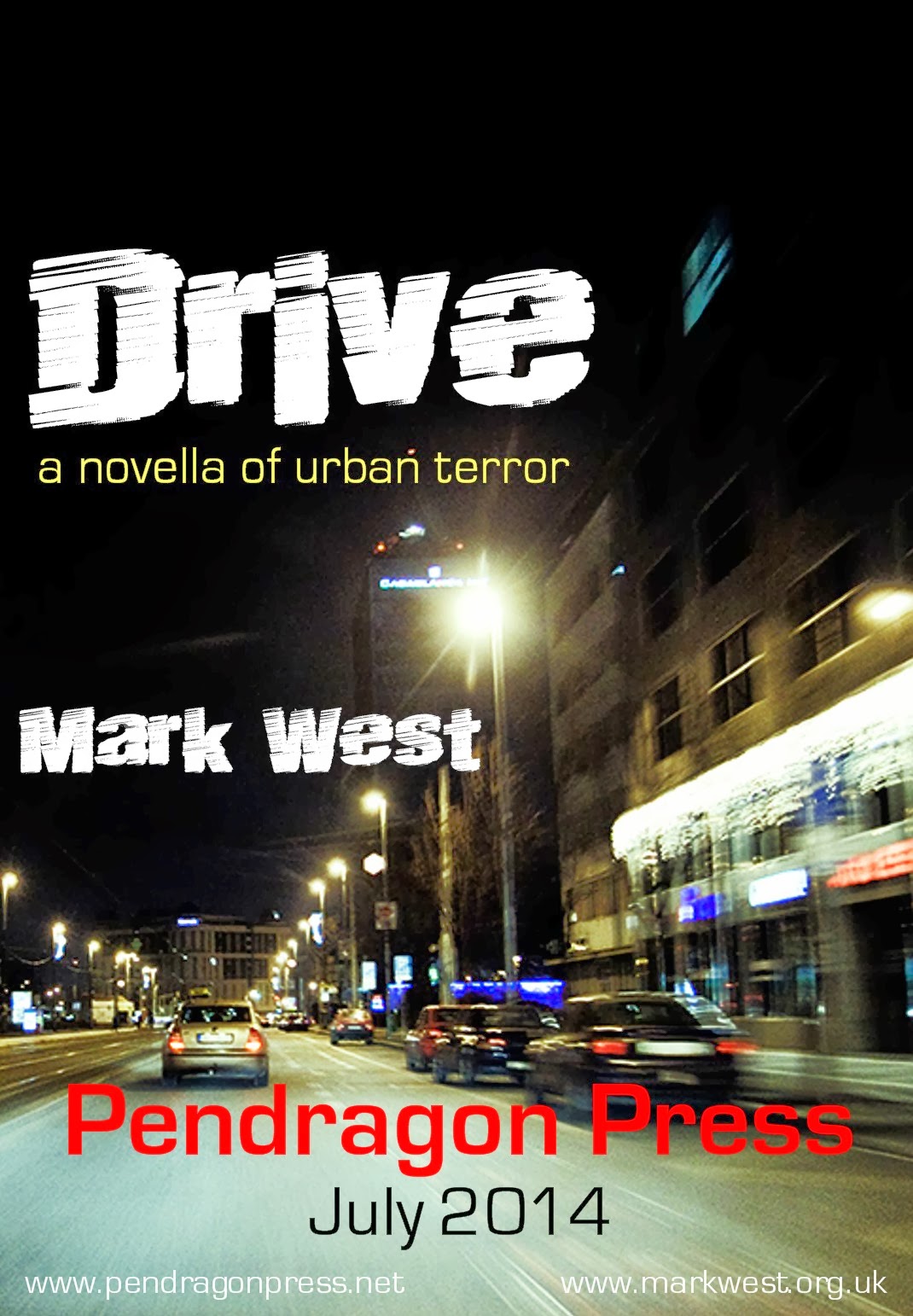 For more information, go to the Pendragon Press website or keep checking back here for more details as and when I get them.
Posted by Mark West at 09:00:00