The story behind "The Mill"

I got an email yesterday from Tim C Taylor, my publisher at Greyhart Press (and also my friend from the Northampton SF Writers Group), that my novelette “The Mill” had crept back into the Amazon Top 20 list.   Naturally - even though those statistics are only snapshots and don’t really mean much, bearing in mind the volumes - I was thrilled and I thought that rather than put together a post extolling the virtues of the book, I’d explain something of its genesis (and then extol its virtues!). 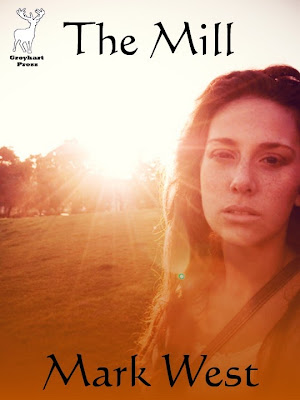 I’ve been writing fiction for a long time and discovered the world of the small press in 1998, with my first publication following the next year.   I enjoyed writing, I sold a few stories, my novel “In The Rain With The Dead” came out from Pendragon Press, all was good.

In 2005, my son was born and I was whacked by a writers block that took me a long while to climb over.   What helped was a friend of mine, Gary McMahon, asking me to contribute a story to a forthcoming anthology he was editing (I later found out that it was all lies - he felt bad for me, asked for a story, then realised he was going to have to put something together).  I wrote “The Mill” (which ran to approximately 15,000 words) and it duly appeared in Gary’s “We Fade To Grey”, which featured four other cracking stories and was short-listed for the BFS Best Anthology in 2009 - and my block had started to fall.  Things still aren’t right, all this time later, but I’m writing again and enjoying it and publishing,

In August 2011, Tim asked me if I’d be interesting in publishing “The Mill” as a standalone piece and - very proud of the book and what it represents - I agreed.  It appeared in a new edition at the end of September 2011 and has been selling fairly consistently ever since, picking up some very nice reviews along the way and I remain very proud of it, especially because of the boost it gave my confidence.

So where did “The Mill” come from? I'm a strong believer in the school of 'write-what-you-know', in so much as you can place your characters in the most outlandish situations but they should always react how you - or your friends - would.  I first started getting building blocks of ideas for the tale in the early noughties, the concept of a ghost story that wasn't really about ghosts but more about the place though it didn't matter what I did, I couldn't get the story to fly.

It took a while, after Gary’s request, to realise that what I actually wanted to write about was something that I did indeed know, that had been rattling around in my head for a long time.  In 2003, after six months of illness, my younger sister passed away (my novel “Conjure” is dedicated to her) and I was still - four years later - trying to process my thoughts and feelings.  So why not exorcise it all in a story, get down on the page what I thought and how I felt? And that’s what I did, though for the sake of dramatic licence I changed the bereavement to the lead characters wife.

“The Mill” was a difficult story to write, as you can imagine.  Although there are moments of brevity in it and some flashbacks to a more pleasant time, it’s about bereaved partners who would do anything to spend more time with their departed loved ones.  I ploughed a lot of my thoughts into Michael, the lead character and conversations he and his peers have are ones that I had with friends.

The story was a big departure for me - whereas before, in my short stories and my novel, I used gore as a tool and used it gladly, my sensibilities had changed considerably (this is also noticeable in “Conjure”).  I didn’t want to gross people out, I wanted to scare them and make them think and make them cry.  In that sense, I think “The Mill” marks a step-change in my writing career - I’m still a horror writer, make no mistake about that at all, but I now want to move the reader without splashing blood and body parts around.  I will still spill blood, I will still lop off limbs, but that hopefully won’t be the bit that chills the reader.

As with most of my work, a lot of the places in the story are real.  I grew up in a small town called Rothwell and if you take a walk down Shotwell Mill Lane (which we always called 'The Folly'), you’ll see in real life exactly what’s described in the book.  There was a mill at the bottom of it, though only the cellar areas now remain and when we were kids, we’d go there in the summer holidays to play war and a variety of other games.  The cellars are still there now, but massively overgrown. 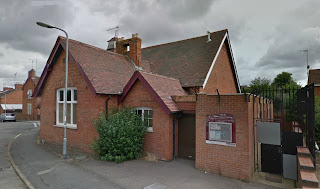 The hall where the group meets is based on the community centre in Melton Street in Kettering.  By day it was a nursery, whilst in the evenings the side room was hired out by various different parties.  I attended my first writing group there (and met Sue Moorcroft).

The cafe is based on the Fuller Coffee Shop in Newland Street, which my parents like to frequent (and my son loves it too).

The story is set in Gaffney, which is the location for most of my stories.  It’s an amalgamation of Rothwell and Kettering (where we lived when I started publishing) and other places - Northampton and Leicester - pop up as and when required.  I started using the town in the early days because I didn’t want to inadvertently kill someone in a particular street and then discover that someone of that name did actually live there.  Once I’d started publishing the stories, I realised I had to create a reality of the town, so there is a basic layout - in my head - to Gaffney.  To that end, it doesn’t matter if you read a short, the novel or this, the main streets are the same, the town has the same layout and the cinema is always on Russell Street (though I added a railway line to the town in “What Gets Left Behind”, my chapbook from Spectral Press).

“…An amazing novellette that is packed with more emotion and feeling than you could imagine would be possible in a story of this length.  The Mill cements Mark West's place in the ranks of the new wave of quality UK horror authors, who are turning out intelligent, thought provoking and extremely well written stories.” - Jim Mcleod, Ginger Nuts Of Horror

"West treats what could be difficult subject matter with a delicate, reverential touch and it shows. Subtle and affecting, this is a captivating read." - Paul Holmes, The Eloquent Page

"THE MILL is a haunting tale about loss and grief and the lengths people might go to just to spend one more minute with their dearly departed. A ghost story in the Susan Hill mould, THE MILL is gentle in its writing, offering respect for the subject matter as opposed to continuosly heading for the gullet." - Shaun Hamilton, The Horrifically,Horrifying Horror Blog

"The Mill is a heartbreaking ghost story that has a freshness to it that raises it above the recognisable genre tropes that are inevitable in a gothic story of guilt and loss. The prose is a delight but ultimately it is the well developed characters which enable this story to tug at the heart-strings and ensure its place amongst the very best in the ghost story tradition." - Ross Warren, This Is Horror

Available from Smashwords here
Posted by Mark West at 09:00:00