On June 2nd, it will be the 30th anniversary (I know, where does that time go eh?) of "Return Of The Jedi" being released in the UK.  I saw it at the cinema that year, I remain a big fan of the original trilogy and I will be re-reading the novelisation in homage this year (and I'm looking forward to it).

On the 2nd, I'll be posting a blog about my thoughts on the film but in the meantime - and for no other reason than the 30th anniversary of the US release was yesterday, May 25th - here are some of Ralph McQuarrie's phenomenal concept art paintings.  Unfortunately he died in March 2012 but his vision and artistry helped shape the enjoyment and imagination of generations. 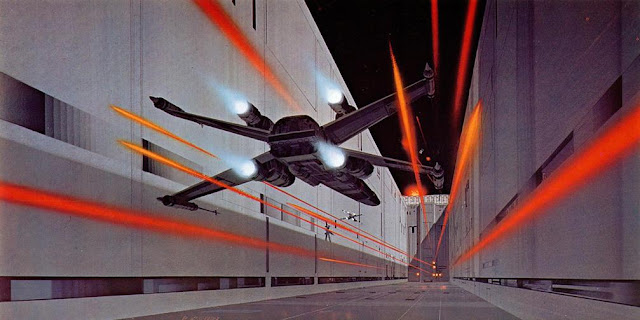 Star Wars
released in the UK on December 27th 1977