My novella "Drive" is now, indeed, coming soon with Chris Teague at Pendragon Press announcing that it's scheduled to be launched in June 2013.

Chris said of the story that it's "a departure from Mark's horror writing, though still quite terrifying: a fast-paced thriller set in the darkness of Gaffney's streets."

I wrote the first draft of this in 2008, inspired by a drive I made heading for Luton airport at 3am and finding I was the only person on the M1 and Chris picked it up a year or so later.

I'm looking forward to doing another quick read-through (and polish) and getting re-acquainted with David & Nat and their night of hell. 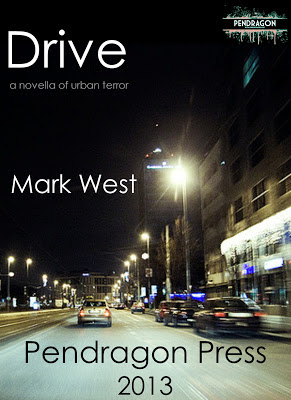