The Nunsploitation story went well and will appear in the anthology that asked for it, hopefully later on this year (ebook first, then as a print edition), so more details as and when. I have to say, I’m really pleased with it, as I am about the following news.

Now available on Amazon and all good on-line stores. From the publisher who brought you Alt-Dead & Fogbound From 5, Hersham Horror Books is proud to bring you 21 Alternative Zombie stories. 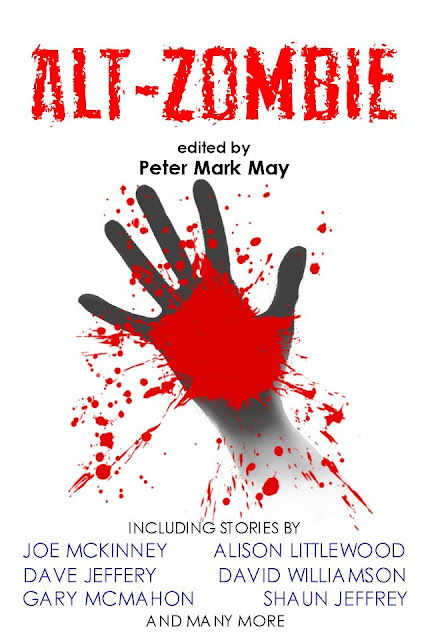 Includes zombie stories from a UK #1 bestseller, British Fantasy Award winners, a Bram Stoker Award winner and a writer from the original Pan Book of Horrors....

Hersham Horror Books, we don’t do reprints only newly written works of horror fiction. This book may also be used as a weapon in the event of a zombie apocalypse.


Really pleased to see this, since it not only features my story “In Cars” but I also contributed the cover art.

In fact, I thought it might be of interest to follow the path of the artwork. After discussions with Pete, I came up with a ‘dead face’ concept and worked through several variations, which he liked but ultimately felt was just a little too creepy. 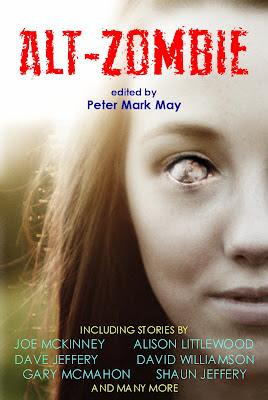 Coming up with some other ideas quickly, I found a picture of a bloody hand and that was the Eureka! moment. I re-created the picture with new elements (the test was a found photograph) and that’s what you see as the final result. 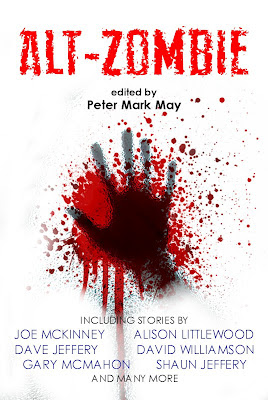