It's now public and official, so I can announce that Chris Teague's Pendragon Press will be publishing my 'dark urban thriller' "Drive", probably next year. I have a real soft spot for this (which was inspired when I was driving to Luton airport at 3am to catch a plane for a business trip and found I was the only person on the M1).

Chris writes, "A departure from Mark's horror writing, though still quite terrifying: a fast-paced thriller set in the darkness of Gaffney's streets."

This is the cover art test I did back in 2008 (when the novella was written), which is obviously subject to change, but I quite like it and thought I'd give it an airing!

Very chuffed about all of this, as you can probably tell!

More news as and when I have it. 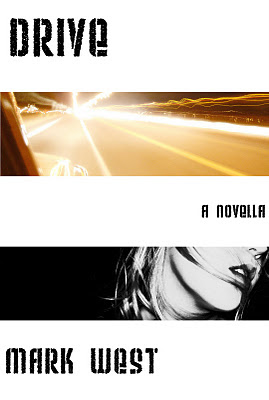