Regular blog readers will know I've been friends with Sue Moorcroft for a while, having met at the Kettering Writers Group in 1999 (the group leader was of a more literary bent, so we genre writers were consigned to the back of the room, where we had great fun).  Since then she's gone from strength to strength, hitting number one in the Kindle Bestseller charts (with The Christmas Promise), becoming a Sunday Times Best Seller and her novel from last year, A Summer To Remember (which I wrote about here) won the Goldsboro Books Contemporary Romantic Novel Award 2020.  As well as featuring her a lot on blog (to see more, click this link), I'm also pleased to be one of her beta-readers and thoroughly enjoyed her latest novel, Christmas Wishes, now available in paperback and as an e-book. 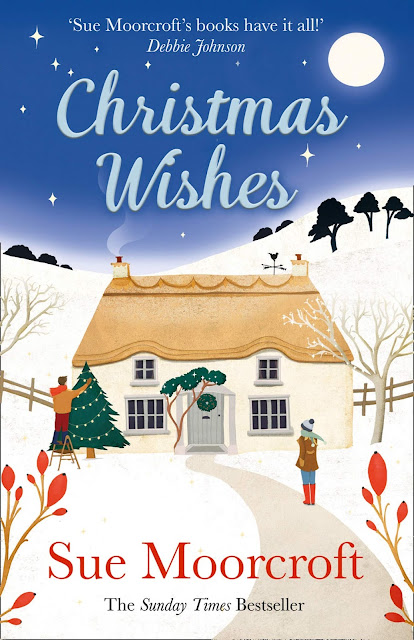