The Six Million Dollar Man, at 45

The Six Million Dollar Man was an American TV series that ran (in the US) from March 1973 through to March 1978 over five series and 99 episodes (plus six TV movies) and was shown in over 70 countries. 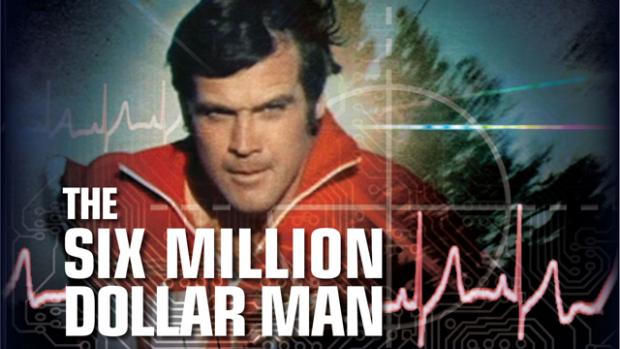 Steve Austin first appeared in Martin Caidin’s 1972 novel Cyborg, which was quickly followed by three sequels, Operation Nuke, High Crystal and Cyborg IV.  The first TV movie, based on Cyborg, aired in 1973.  Written by Howard Rodman (it was nominated for a Hugo Award), it made several changes to the novel - plot modifications and Austin was now a Colonel in the US Air Force - and proved very successful, leading to two more ‘Movie Of The Week’ presentations, Wine, Women And War (in October 73) and The Solid Gold Kidnapping (in November 1973).  The weekly hour-long series began in January 1974 (it began 5th September 1974 here in the UK) and was very well received, introducing several pop culture references of the 1970s such as the opening catchphrase (“We can rebuild him...we have the technology”), the slow-motion action sequences and the related bionic sound-effects.  It also made an icon of Lee Majors, who played Colonel Steve Austin.

The crash shown in the opening sequence was real, an M2-F2 grounded on 10th May 1967 (test pilot Bruce Peterson survived) and the dialogue spoken by Lee Majors is based on Peterson’s communications.  The later narration, by initial series producer Harve Bennett, serves to identify our hero - “Steve Austin, astronaut, a man barely alive” - before Richard Anderson, as Oscar Goldman (Steve’s boss), says, “Gentlemen, we can rebuild him.  We have the technology. We have the capability to make the world's first bionic man. Steve Austin will be that man. Better than he was before. Better... stronger... faster.”  This is heard over images of the bionics being fitted, before we see Austin running to the rousing theme music, composed by Oliver Nelson. 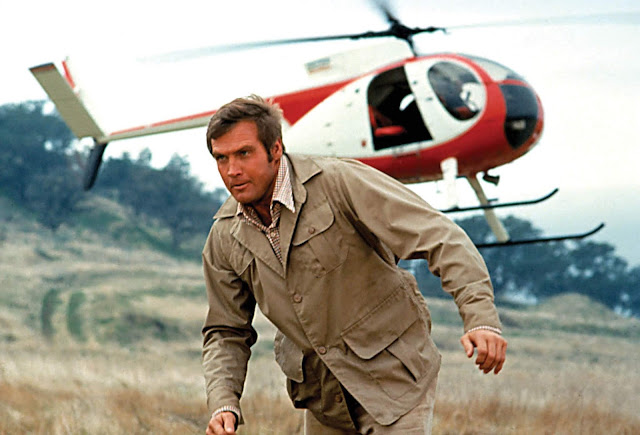 The Six Million Dollar man’s bionics had limits set by producer Kenneth Johnson to maintain plausibility in the show.  He said, in interview, “When you’re dealing with the area of fantasy, if you say, ‘Well, they’re bionic so they can do whatever they want,’ then it gets out of hand, so you’ve got to have really, really tight rules. They can jump up two storeys but not three. They can jump down three but not four.”  Steve was fitted with a bionic left eye, bionic legs (allowing him to run at 60mph and make huge leaps) and a bionic right arm (left in the Cyborg novel), though the implants are shown to fail in extreme cold.  To indicate when Austin was using his bionics, sequences were presented in slow-motion and accompanied by electronic sound effects - to the delight of kids (such as myself at the time).  When the bionic eye is used, the camera zooms in on his face, followed by an extreme close-up of his eye and his point-of-view includes a crosshair.  For his running and jumping, in slow-motion, the sound effects were originally used by the clone of Major Fred Sloan (John Saxon) in Day Of The Robot.  Jaime Sommers (Lindsay Wagner) was introduced as “The Bionic Woman” in 1975 and given her own series in 1976.

I’m sure it wasn’t designed to be but the series had great appeal to children and the show was far less violent than the source novels.  Lee Majors, who’d already made a name for himself in The Big Valley, among other series, became hugely popular, helped by his movie-star looks and charm (he was also married to the world’s number one pin-up, actress Farrah Fawcett-Majors, which didn’t hurt) - he also became my hero.  The show sparked a merchandising extravaganza and here in the UK Denys Fisher produced a twelve-inch-tall action figure, dressed in a red tracksuit and trainers, which had a bionic eye you looked through (though it made your own eye ache to do so) and a bionic right arm (covered with an elastic, skin-like material that hid a removable bionic module).  The figure also came with an engine block to lift (there was a ratchet motion on the bionic arm) and there were other accessories, including a ‘bionic transport and repair station’ that I really wanted but never got.  There were also two board games, produced by Parker Brothers (I got them for Christmas though they weren’t as exciting to play as the box cover suggested) and snap-together models.

Look-In magazine (which I blogged about here) featured a weekly comic strip version written by Angus P. Allan and drawn by Martin Asbury, full of action and excitement and there were four annuals produced too (I have all but the last one).  In addition to the Caidin novels, several episodes were novelised with most writers choosing to base their character on the literary Steve Austin, rather than the TV hero.  Mike Jahn wrote four (Wine, Women and War,  The Rescue of Athena One, The Secret of Bigfoot and International Incidents), while Evan Richards and Jay Barbree contributed one each (Solid Gold Kidnapping and Pilot Error respectively). 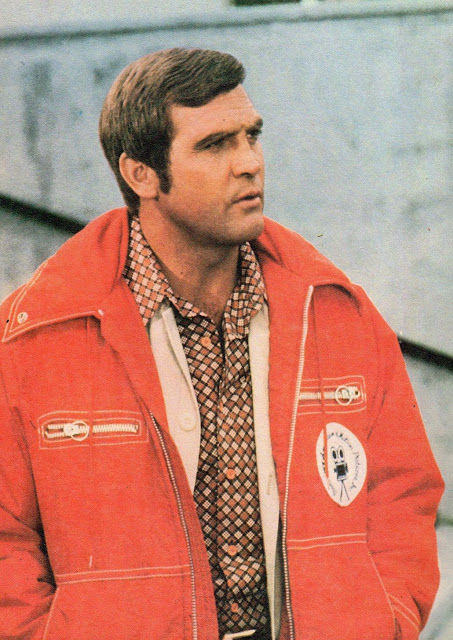 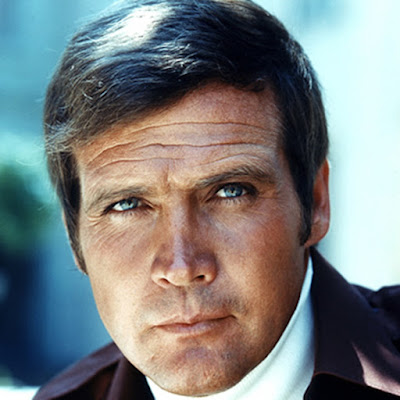 Lee Majors was born Harvey Lee Yeary in Wyandotte, Michigan on 23rd April 1939.  His parents, Carl and Alice Yeary, died in separate accidents (before his birth and when he was one, respectively) and he was adopted, aged two, by an uncle and aunt in Middlesboro, Kentucky.  Earning a scholarship to Indiana University, he transferred to Eastern Kentucky University in Richmond in 1959 where a severe back injury left him paralysed for two weeks and ended his college athletics career.  He turned to acting before he graduated, in 1962, with a degree in History and Physical Education.  Moving to LA, he worked at the Los Angeles Park and Recreation Department while studying acting and picked his stage name as a tribute to his childhood hero Johnny Majors.  After some television guest appearances he was cast in The Big Valley in 1965, making films in the downtime and when the show was cancelled in 1969 signed a long-term contract with Universal Studios.  He won the role of Colonel Steve Austin in 1973, making his directorial debut in 1975 with the sports-themed episode One Of Our Running Backs Is Missing.  Following the cancellation of the series he made several films (including the wonderful Killer Fish in 1979) before moving back to television with The Fall Guy in 1981 (I also wrote about the series here), another huge success.  That series finished in 1986 but Majors has worked steadily, on television and in film, ever since.  Married four times (Farrah Fawcett was his second wife, married in 1973, they divorced in 1982) and has four children.

Martin Caidin was born in New York City on 14th September 1927 and began writing in 1957, publishing more than fifty fiction and non-fiction books as well as more than one thousand magazine articles.  Cyborg (1972) was his most famous novel and he wrote three sequels Operation Nuke, High Crystal and Cyborg IV.  He died in Tallahassee, Florida on 24th March 1997.

Kenneth Culver Johnson was born in Pine Bluff, Arkansas on October 26, 1942 and graduated from the Carnegie Institute of Technology.  Working almost exclusively in television, he produced The Six Million Dollar Man and created The Bionic Woman (1976), The Incredible Hulk series (1977), V (1983, the TV movie as opposed to the series) and the TV adaptation (1989) of Alien Nation, among others.

Email ThisBlogThis!Share to TwitterShare to FacebookShare to Pinterest
Labels: 70s, annuals, behind the scenes, lee majors, look-in, nostalgia, nostalgic for my childhood, retrospective