Becoming a Hybrid Author, a guest post by Jane Isaac

To mark the publication of her latest novel, After He's Gone, here's a guest post from my friend Jane Isaac. 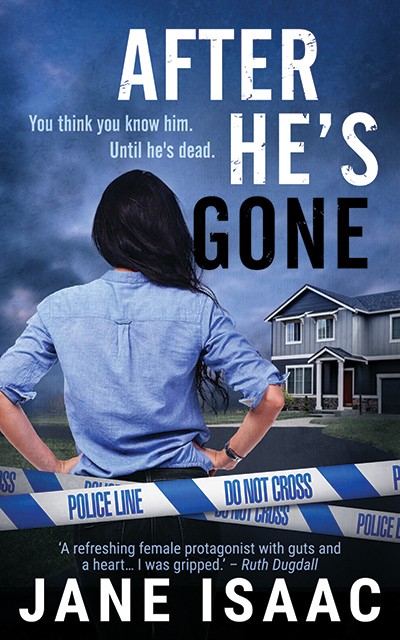 Thank you so much for inviting me onto your blog, Mark! This marks the publication of not only a new book for me, but also the start of a new crime series and a slight change of course in my publishing journey.

Those who’ve read my previous work will know that I currently write the DCI Helen Lavery series and the DI Will Jackman series, both published by Legend Press. While I will still be working with Legend on my backlist, as well as possibly more titles in future, I decided to dip my toe in the water of self-publishing this year to see if I could follow the process myself and become a hybrid author (a term used for those who mix traditional and self-publishing, although it conjures up pictures of roses and horticulture more than books to me!). For that purpose, I wrote a new crime series introducing Family Liaison Officer, DC Beth Chamberlain.

It can be a difficult decision to change series, especially when readers have invested so much in your characters, but I see it more as a break. I’d love to work with both Helen and Will again in the future, but wanted to try something different for the moment, to keep the stories fresh.

This new series has been an interesting one to research and write as it offers a different perspective on murder investigations, focusing on and around the victim’s family. Family Liaison Officers are deployed to support families of victims of serious crime like homicide, road death and other critical incidents. They spend a lot of time updating them on the investigation and feeding back information and often get very close. And since most people are killed by someone they know or someone close to them, it affords the opportunity to unravel some really intriguing secrets!

Self-publishing has certainly presented a huge learning curve – now I really know what goes on behind the scenes in the publishing world! I followed the same process I’ve been through many a time in traditional publishing, but this time I had to hire my own help along the way. Like many self-published authors, I spent a long time choosing the right structural editor, copy editor, proofer and formatter for my book so that the end product was a quality piece of work. I also had great fun working directly with the cover artists!

For me, it seems it’s all about the team you have around you and the timetabling. As long as you source good recommended people to work with and stick to a rigid timetable it seems that everything falls into place. I’m not saying there weren’t any nail-biting or pulling-your-hair-out moments, because there definitely were(!), but it’s like learning anything new – you have to do the training. I think next time I embark on a self-published title I will feel certainly feel more experienced and more organised, although I’m the first to admit that I still have a lot to learn.

I’ve just completed the first draft of the second DC Beth Chamberlain novel which is scheduled for release at the end of this year. One of the joys of writing a series is that, by the end of the first book, you know the character implicitly and it’s wonderful to challenge and stretch them in other directions. Plus, I get the chance to follow my self-publishing journey again as I start to prepare it for release. Watch this space there!

‘The safety catch on the Glock snapped as it was released. Her stomach curdled as she watched the face of death stretch and curve. Listened to the words drip from his mouth, ‘Right. Let’s begin, shall we?’

You think you know him. Until he’s dead.

When Cameron Swift is gunned down outside his family home, DC Beth Chamberlain is appointed Family Liaison Officer: a dual role that requires her to support the family, and also investigate them.
As the case unfolds and the body count climbs, Beth discovers that nothing is quite as it appears and everyone, it seems, has secrets.

If you'd like to know more about Jane, you can read an interview I conducted with her on the blog here. 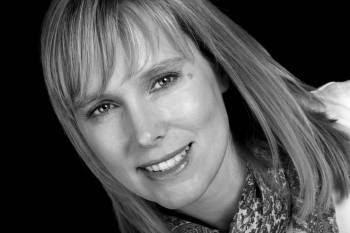 Jane Isaac lives with her detective husband (very helpful for research!) and her daughter in rural Northamptonshire, UK where she can often be found trudging over the fields with her Labrador, Bollo. Her debut, An Unfamiliar Murder, was nominated as best mystery in the 'eFestival of Words Best of the Independent eBook awards 2013.' The follow up, The Truth Will Out, was nominated as ‘Thriller of the Month – April 2014’ by E-Thriller.com.