Launch of The Christmas Promise

Last Thursday saw the official paperback launch of The Christmas Promise, the latest novel by my fine friend and critiquing buddy Sue Moorcroft.  The ebook was released on the 6th but, since Sue was in Nottingham to run a writing course, her publisher - Avon Books - arranged for Waterstones to have the first of the paperback stock. 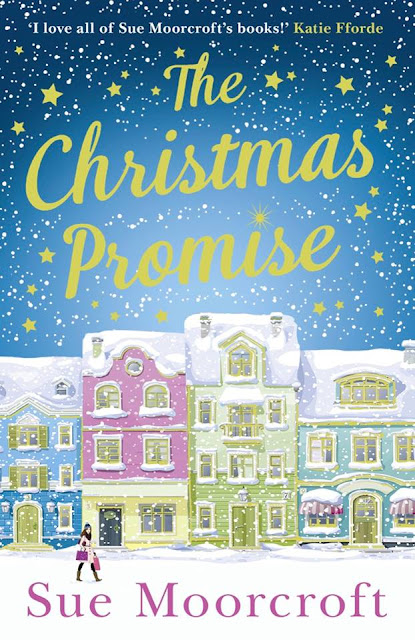 I’m a big fan of Sue’s writing (you can read my latest interview with her here) and was happy to help her celebrate the launch of this novel, the first in a two-book deal with Avon that will hopefully see her become much more successful.
I caught the train up (and used the travel time to get into C. L. Taylor’s The Lie, which is excellent), had a wander around the centre and grabbed a quick bite to eat before heading to Waterstones on Bridlesmith Gate.  It’s a huge shop and I had a good look around as I worked my way up the stairs (no escalators for me!) to the Events Room on the fifth floor (admiring the rooftop vistas of the city on the way).
I arrived at 5.45 and there were already plenty of people milling around.  I said hello to Christina Courtney, who I first met at the Writer/Blogger meet-up in London (see here) and finally met fellow Team Sue Moorcroft member John Jackson in person.  I then saw Mick Arnold, who I first met at the Brum Writer/Blogger meet-up (see here) who also supported (and photographed) mine and Sue’s KettFest talk (which you can read about here).  We chatted for a while then mingled and I finally got to meet Lizzie Lamb, having been Facebook friends for some time.
We were told to take to our seats so I went to sit on the front row with Mick and he introduced me to Morton Gray and Alison May, both fellow novelists (Alison & I thought we’d met before and, after a while, realised we had, in Birmingham).  Just before it began, Wayne Parkin (my friend and Con buddy) arrived from work for a fleeting visit and it was good to see him again (FantasyCon feels so long ago). 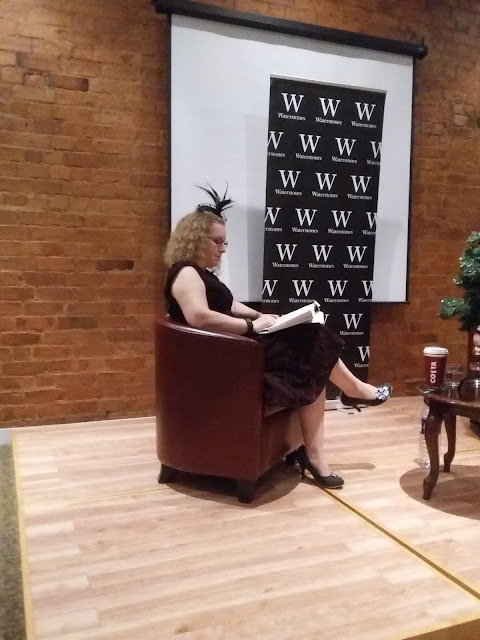 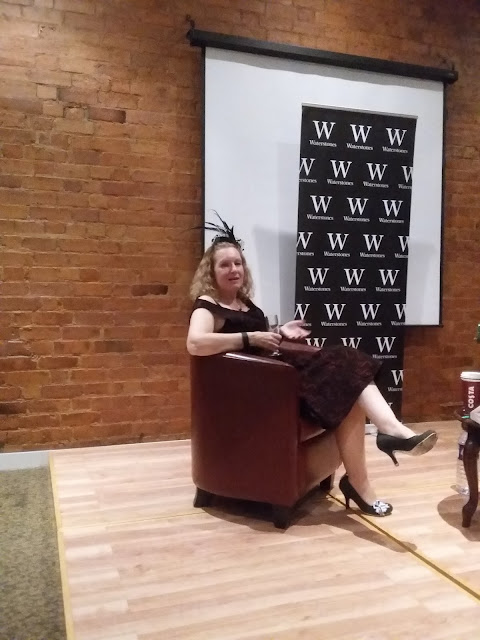 The launch kicked off at 6.15 and, after Dan the Events manager did his little intro, Sue read a brief passage from the book, featuring Ava (the heroine) and Sam (the hero).  It’s been a while since I read it (I critiqued it back in 2015 - it’s very odd reading a Christmas novel out of season) but listening to Sue made me want to revisit it.  Dan interviewed Sue briefly (the revenge porn aspect of her plot has seen an article she wrote appear on The Huffington Post, before being picked up by The Independent) and then it was thrown open to the floor.  There were several questions (I asked one too) which elicited some great answers, then it was time for photographs and picking up advance copies.  I stood chatting with Wayne and Andrea Crellin (Sue’s friend, who I met at the KettFest event) and by the time I’d got to the book table, they’d all gone (a superb result for Sue, not so good for me!).
After chatting with various folk for a while, Mick & I headed back to the train station and talked writing and reading for the entire journey home.

All in all, it was a great evening for a great writer (and friend) and I hope The Christmas Promise is hugely successful for her.