As regular readers will know, I'm fascinated by the behind-the-scenes process on films, especially special effects work with miniatures and/or matte paintings.  Back in October 2014 I posted my first miniatures blog (which you can read here) and have subsequently written ones about the James Bond series (featuring John Richardson and Derek Meddings, the latter of whom also got a special 'appreciation' post) and ILM.

Miniatures are scale models which are used to represent things that aren't there, are too expensive or difficult to film in reality, or which can't be damaged (by fire, flood or explosion) in real life.  They've now largely been replaced by (often terrible) CGI but the old ways, the fine art, does seem to be making something of a comeback.

I decided it was time to post about them again and hopefully I can highlight films where it's not immediately obvious that you're looking at a miniature. 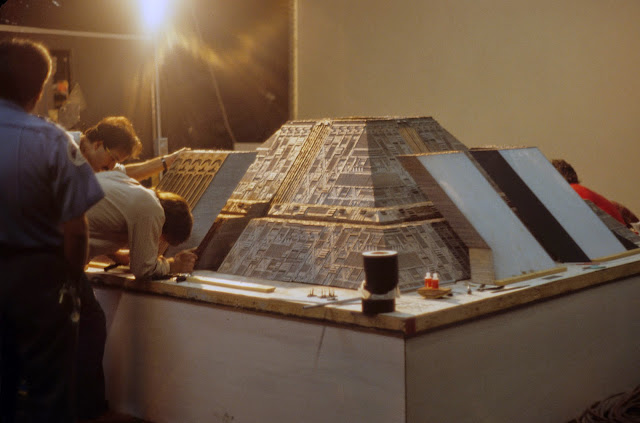