Drive nominated for a BFS Award! 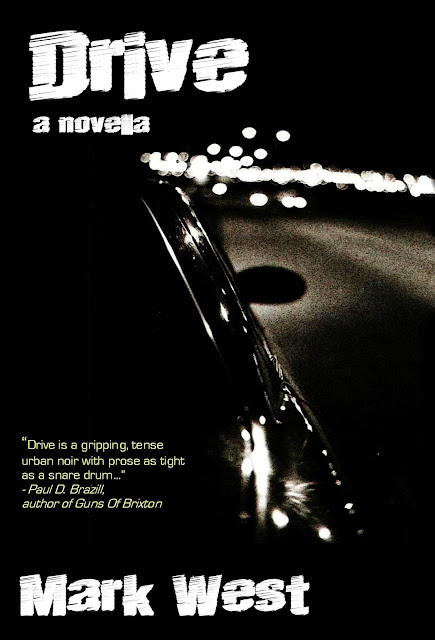 I wrote the first draft of “Drive” in early 2008, the germ of the idea coming to me as I drove to Luton in late 2007 on my way to the airport.  I’d left home at 3am and didn’t see another car until I got to Northampton and that feeling of dislocation triggered a series of images I bullet pointed as I waited in the departure lounge.

Chris Teague, at Pendragon Press, took the story late in 2008 and it finally saw publication in August 2014.  Since then, I’m pleased to say, it’s not only picked up some cracking reviews, it’s sold well too.  The story is a bit of a departure for me - I said we should market it as an urban chiller, since it’s a horror story of real life, rather than featuring supernatural frights - but I thoroughly enjoyed writing it.

Thankfully, it appears other people got it enough that it’s been nominated for the British Fantasy Society Award for Best Novella 2014, the shortlist of which was announced this morning.

It should go without saying that I’m thrilled to have been included - it’s long since been my ambition to get onto the BFS shortlist on my own and to have done so with this story, against such a strong field (and in such excellent company), is brilliant.

I was already looking forward to FCon, now my excitement levels have gone up a notch!

Thank you to everyone who voted for “Drive” (and Chris, for taking it on), good luck to my fellow nominees and bring on the awards!


(for more information on "Drive", it has a dedicated page here)

The full list of nominees can be found here
Posted by Mark West at 09:40:00