Conjure, a novel by Mark West 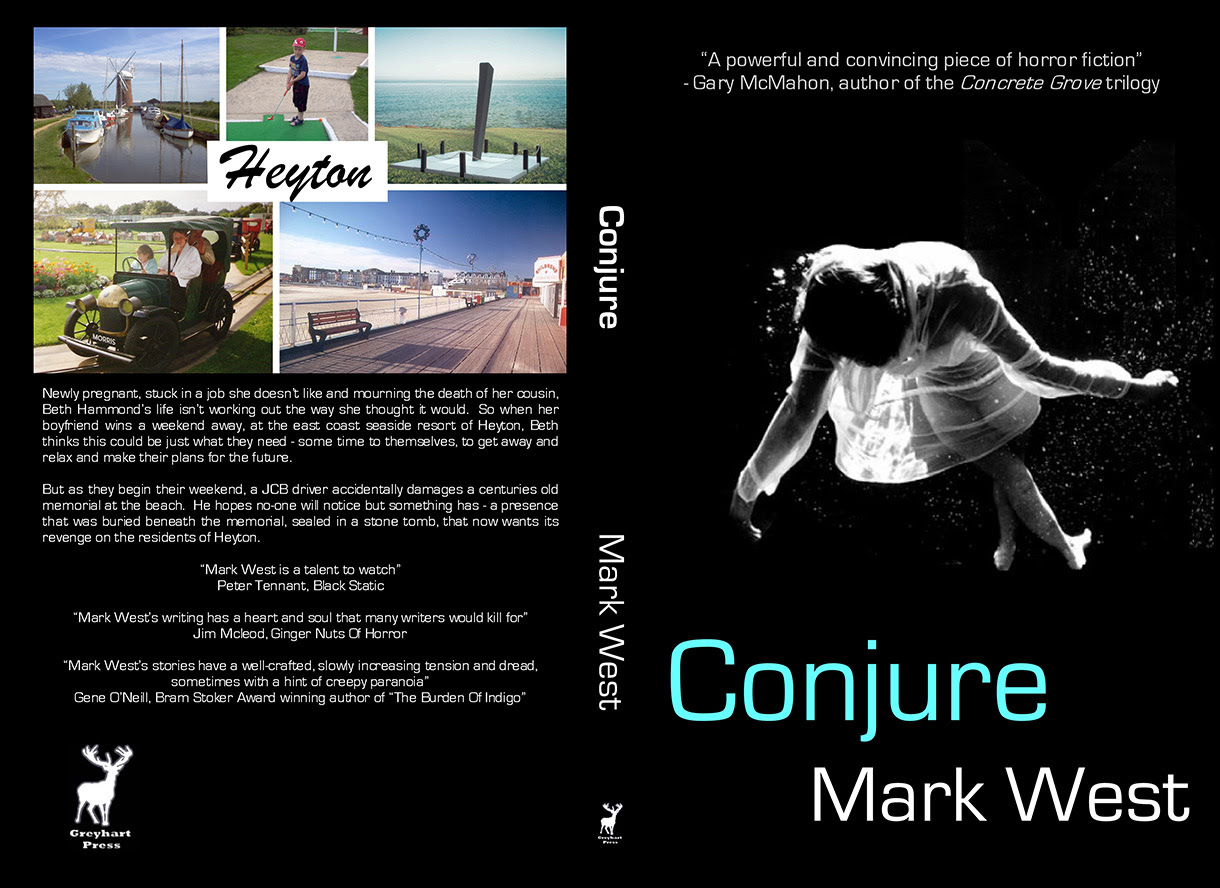 Newly pregnant, stuck in a job she doesn’t like and mourning the death of her cousin, Beth Hammond’s life isn’t working out the way she thought it would. So when her boyfriend wins a weekend away at the seaside resort of Heyton, Beth thinks this could be just what they need — to get away, relax, and make plans for the future.

But as they begin their weekend, a JCB driver accidentally damages a centuries-old memorial at the beach. He hopes no one will notice, but something has… a presence that was buried beneath the memorial, sealed in a stone tomb. Now that presence wants its revenge on the people of Heyton.

“Mark West’s writing has a heart and soul that many writers would kill for.” — Jim McLeod, Ginger Nuts of Horror

“Mark West’s stories have a well-crafted, slowly increasing tension and dread, sometimes with a hint of creepy paranoia.” — Gene O’Neill, Bram Stoker Award winning author of The Burden of Indigo

"Conjure flaunts some genuinely spooky moments [and] the supernatural element works so well because the author merges it with fears we understand, such as abduction and infanticide."
- Matthew Fryer, The Hellforge