Just For The Holidays - an interview with Sue Moorcroft

As regular readers of the blog will know, I’ve been friends with Sue Moorcroft for a while (we met in 1999 when I joined the Kettering Writers Group) and it’s been my pleasure to interview her several times (you can read them here, here and here).  Last year, as part of her 2-book deal with Avon, she published The Christmas Promise (I wrote about the launch here) which became a Number One Amazon Bestseller (and none of this sub-category business for Sue, this was in the general chart) and I was really chuffed and proud of her.

Just For The Holidays is her second Avon novel and it was published last Thursday.  A summer tale, set in France and England and featuring the holiday from hell, it’s an excellent read and I would highly recommend it. 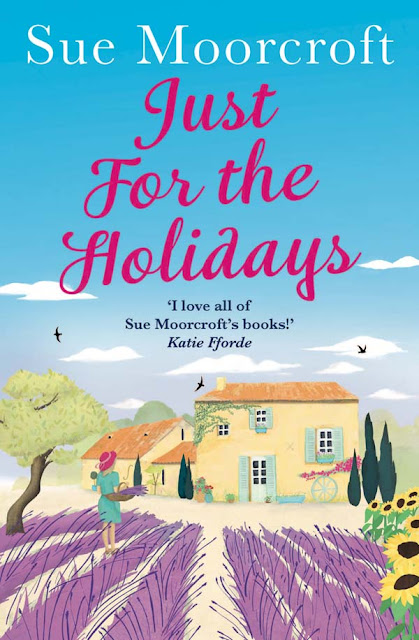 Sue’s a great Con-buddy (most of my UK horror writing chums will have met her at FantasyCon or Edge-Lit) and to help celebrate her latest publication, she & I sat down at The Trading Post to have a chat.

MW:  So how did you end up coming along to FantasyCon (her first one was WFC in Brighton, in 2013)?

SM:  At the time, I was teaching creative writing a lot more than I am now. I was invited to the Historical Novel Society conference and I not only enjoyed it but found it helpful when working with students writing books set in the past. You’d always seemed to enjoy FCon so I thought I’d repeat the experiment for the speculative genres. I hadn’t anticipated enjoying it quite so much!

MW:  What was your impression of the horror genre and those people you met in it?

SM:  Very friendly. This was perhaps covered by you knowing just about everyone there (it seemed like) but I was made welcome. I was also bowled over by the creativity but I suppose those who write in the speculative genres need to be highly imaginative. I enjoyed the general wit and humour, and the support people exhibited for one another. I know the horror genre has had its fair share of friction and commotion on Facebook but, from my experience, it hadn’t transferred to the conference.
MW:  I always think it’s nice to see how people who don’t normally read in your genre have embraced you and what you write.

SM:  I agree! There are a few who give me cautious smiles as if to say ‘What are you doing here?’ but with no ill will. Well … I do always feel I’m a handicap when it comes to CurryCon. I love curry but it’s spiteful towards me and I feel guilty when people change their choice of restaurant to accommodate that.

MW:  What do you enjoy about conferences and conventions?  Any tips for people who’ve always wanted to go to one but never plucked up the courage?

SM:  I love being with other writers. It’s like finding your tribe. You can talk and be understood. For example, I don’t find myself trying to put over what I do to promote a book on Twitter to someone who doesn’t read, write or tweet. When I attend the talks and panels of others I’m always interested, always prepared to expand my knowledge.


Sue’s con tips:
• If you’re not keen on going into big gatherings of people you don’t know, try and make friends on social media with people who are likely to attend. That way, you have reason to go up and shake hands (everyone wears name badges). Better yet, speak to them on social media and tell them you’re new and they’ll probably agree to meet you and introduce you to others. It’s only a tiny barrier and you’re soon over it.
• Take money, especially if you like alcohol.
• Wear comfy shoes. (The first year I was to attend FantasyCon I asked on Facebook what the shoe code would be. This would have been a valid question at a lot of conferences I’ve been to but was met with ‘Um, wear some?’)
• Take more money, for books.
• Just kick back and enjoy it.

MW:  Back when we were in Kettering Writers, we hatched this plan to swap genres for one story.  Did you still fancy doing that?

SM:  It didn’t work well, did it? We each got half way through a story and lost interest. I did find my story recently and I enjoyed what I’d written but realised it was going nowhere. I wasn’t interested enough in the genre to have that light bulb moment so I’ll probably file this idea under ‘too busy’, if you don’t mind!

MW:  Your new book, Just For The Holidays, came out last Thursday and, as you know, I love it.  Where did the idea come from?

SM:  Thank you! A friend told me about her holiday from hell. I immediately asked to be allowed to use the premise of a single woman being roped in to help her newly separated sister on a family holiday. It was a couple of years before the idea came to the top of my pile but then I just had to focus the vague premise and make it work. Luckily for me, there were several conflicts – Leah’s single and husbandless by choice yet she ends up looking after her sister’s children and husband. She barely speaks French and she’s in France. The sister, Michele, though her marriage is over, is not only pregnant but experiencing health problems. Alister, the husband from whom Michele is estranged is hurt. The children are distraught. Alister asks to be allowed to come on the holiday as he paid for the gîte before the split and he and the children are unhappy apart. Leah tries to bail but Michele doesn’t let her … That’s enough material for any novelist, I think!

MW:  How enjoyable was the research?

SM:  Very. I not only spent four days with a friend who lives in Alsace but was taken up in a helicopter, which the pilot pretended to crash (more properly known as autorotation). It was awesome. NB There is a forced landing in the book – he didn’t just show me the autorotation manoeuvre on whim.

MW:  Did you find the process different from writing The Christmas Promise?

SM:  The actual process of writing? Not really. I’d been on a course run by Robert McKee, the screenwriter, just before I planned Just for the Holidays so I probably paid more attention to questions such as what the characters want consciously and whether it’s different to what they want subconsciously. (I find the best answer to this is ‘yes, it is different’.) I wasn’t pushed for time when I wrote Just for the Holidays. Now that my publishing schedule has tightened up I am taking more risks with the first draft and have adopted the ‘write quickly, edit slowly’ approach.

MW:  How did it feel hitting the top of the chart and becoming a genuine Amazon Best seller?

SM:  Wow. It was truly amazing. I’d been euphoric enough when The Christmas Promise entered the top ten. When it got into the top three …! It stayed at either #2 or #3 for quite some time but when I finally saw it at #1 I had trouble believing my eyes. I literally screamed. I broke into a sweat, I began to shake, I cried (tears of joy, of course!). And then I went onto Twitter to tell everyone. My editor had beaten me to it so we had a joyfest. Others came on to congratulate me, I texted my agent. And after a while I remembered to tell my family. It stayed at #1 for about five days in the week before Christmas and it definitely made me like Christmas more than usual.
MW:  Does the success of The Christmas Promise set up an expectation for you, with regards to Just For The Holidays?

SM:  Yes, there is that. But you can look at things in two ways. Negatively: ‘Wow, I’ll never do that again. We’ll never beat that. Nothing can ever live up to it.’ Or positively: ‘It might happen again! We have the last success to build upon! Amazon has the contact details of everybody who bought The Christmas Promise so can send them all emails about Just for the Holidays!’ I choose to be positive but I’m a realist so I know I can’t take a single thing for granted.

What both The Christmas Promise and Just for the Holidays did was set up was a great working relationship with Avon Books UK.

SM:  I’ve sent in Give Me Till Christmas to my editor, which is scheduled for publication for Christmas this year. And I’ve begun (just) my summer 2018 book, provisionally entitled The Summer of Finding Out. Those two books are the first of a new three-book deal – and I’ve just signed the contract!

MW:  Congratulations on the new contract and, as I've just read it to critique, I can say I was very impressed with Give Me Till Christmas and I'm sure your fans will love it! 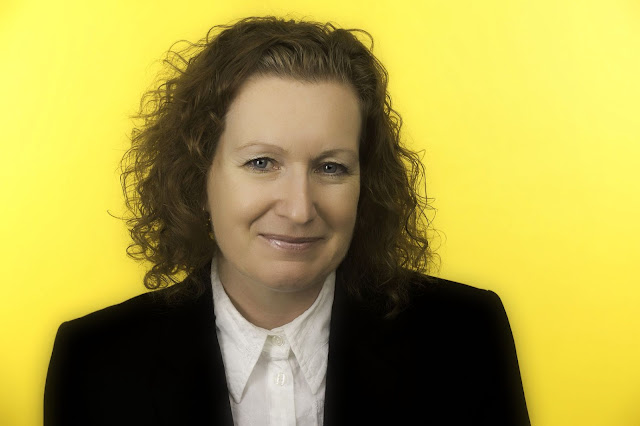 Just For The Holidays
is published by Avon Books UK, HarperCollins


The #1 bestselling author returns for summer! Grab your sun hat, a cool glass of wine, and the only book you need on holiday…

In theory, nothing could be better than a summer spent basking in the French sun. That is, until you add in three teenagers, two love interests, one divorcing couple, and a very unexpected pregnancy.

Admittedly, this isn’t exactly the relaxing holiday Leah Beaumont was hoping for – but it’s the one she’s got. With her sister Michele’s family falling apart at the seams, it’s up to Leah to pick up the pieces and try to hold them all together.

But with a handsome helicopter pilot staying next door, Leah can’t help but think she might have a few distractions of her own to deal with…

A glorious summer read, for you to devour in one sitting - perfect for fans of Katie Fforde, Carole Matthews and Trisha Ashley.