Robert B. Parker and Spenser 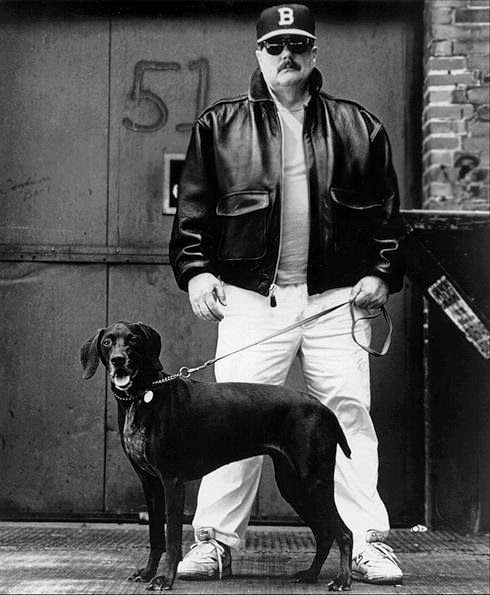 In the late 80s, after seeing “The Long Goodbye” on Moviedrome, I began reading Raymond Chandler and quickly fell in love with crime fiction.  I got into the Sara Paretsky “V I Warshawski” series, the Hannah Wolfe novels of Sarah Dunant and various stand-alone titles, mainly by American writers.  One day I was browsing in the crime section of W H Smiths in Kettering and a title caught my eye.  It wasn’t the best designed cover in the world (see below) but it was published by Penguin and it sounded cool and so I bought it.

The book was “Promised Land” by Robert B. Parker, the fourth in the Spenser series, which was originally published in 1976 and won the Mystery Writers Of America association’s Edgar Award for best novel.

I loved the book, I loved the character, I loved Parker’s style of writing.  This is a review I posted to Goodreads of the novel, when I last re-read it in 2009:

Promised Land, by Robert B. Parker
The first Spenser novel I ever picked up (back in the late 80s), this seemed like an ideal book to dip back into the series with.  It’s been a long time since I last read it and I’d forgotten just how tight a writer Parker could be, with dialogue that literally zings along and the occasional, beautifully observed moment.

This has a lot to offer - clever plot, great characters, a keen sense of location and atmosphere - and even though it’s over 30 years old, it’s only very minor areas that date it - fashions and revolutionary ideals, mainly. A great book, crackingly well told and with a wonderful sequence on the beach in the dark, listening to someone else’s old records, that is almost worth reading the book for alone.

I can’t recommend this highly enough.

Penguin was busy reprinting all the books and I duly picked them up.  I can’t remember now if I read them in order (probably not) but I got through them as quickly as I could.  I loved the earlier ones, when I think Parker was at his hard-boiled best, but as the series moved from the 70s and into the 80s, he really seemed to hit his stride, with great mysteries and characters.  Beyond that, sadly, I thought the books started to flag and the white space on each page seemed to get bigger - I finished the series with “Double Deuce” (book 19, published in 1992), which felt to me more like a novella - and I drifted away from the Boston private detective (“Spenser, with an S.  Like the poet…”).  Since then, as it happens, I’ve read “Hugger Mugger” (book 27, published in 2000) and whilst I enjoyed it - and its wonderful evocation of southern heat - I did have a problem in not knowing who some of the key players were (Parker keeps a continuing cast).

For all that, the books are brilliant and Spenser is an inspired character - firmly rooted in Boston, he enjoys life, keeps in shape, is a gourmet cook and his best friend Hawk was a one-time mob leg-breaker.  Spenser was committed to his long-term girlfriend Susan Silverman, though as the years and books progressed, their relationship took several believable twists and turns (they broke up at one point, before reconciling a couple of books later).  He was loyal to his friends (whichever side of the law they were on), beholden to no-one and fiercely independent, though he could be as ruthless as was needed if the situation called for it.  Even in the novels that I felt didn’t quite work, Parker continued to explore his recurring literary themes of love, loyalty, friendship and honour with skill and aplomb.

The Godwulf Manuscript, by Robert B. Parker
The book that began the series, this is perhaps the most hardboiled Spenser I’ve read.

Setting the scene perfectly and quickly, Spenser is hired by a university to find the eponymous stolen manuscript but his trail quickly takes in mob connections, drug dealing, murder, cults and parents who mistake giving money for showing love.  It’s surprising to see how much the Susan Silverman character softened the series (for the better, in my opinion) - this has Spenser sleeping with both a mother and daughter (at separate times) and he kills two people - but this also includes items that aren’t mentioned often in future (his carving and some childhood memories).  A nice touch is Brenda Loring though, introduced here - and brought in at the melancholy finale, to add a touch of hope - and mentioned in “The Judas Goat”.

This is an excellent crime novel, bracing and harsh and amusing, that is well worth a read.
(reviewed after a 2010 re-read)


I think it’s fair to say that whilst Parker had his detractors, it cannot be doubted that he led the way for a lot of crime writing that came after him.


“To me, [Early Autumn] shows the modern mystery at its finest - a true novel.”
- Robert Crais, interviewed in 2005

“I read Parker’s Spenser series in college. When it comes to detective novels, 90 percent of us admit he's an influence, and the rest of us lie about it.”
- Harlan Coben, interviewed in 2007 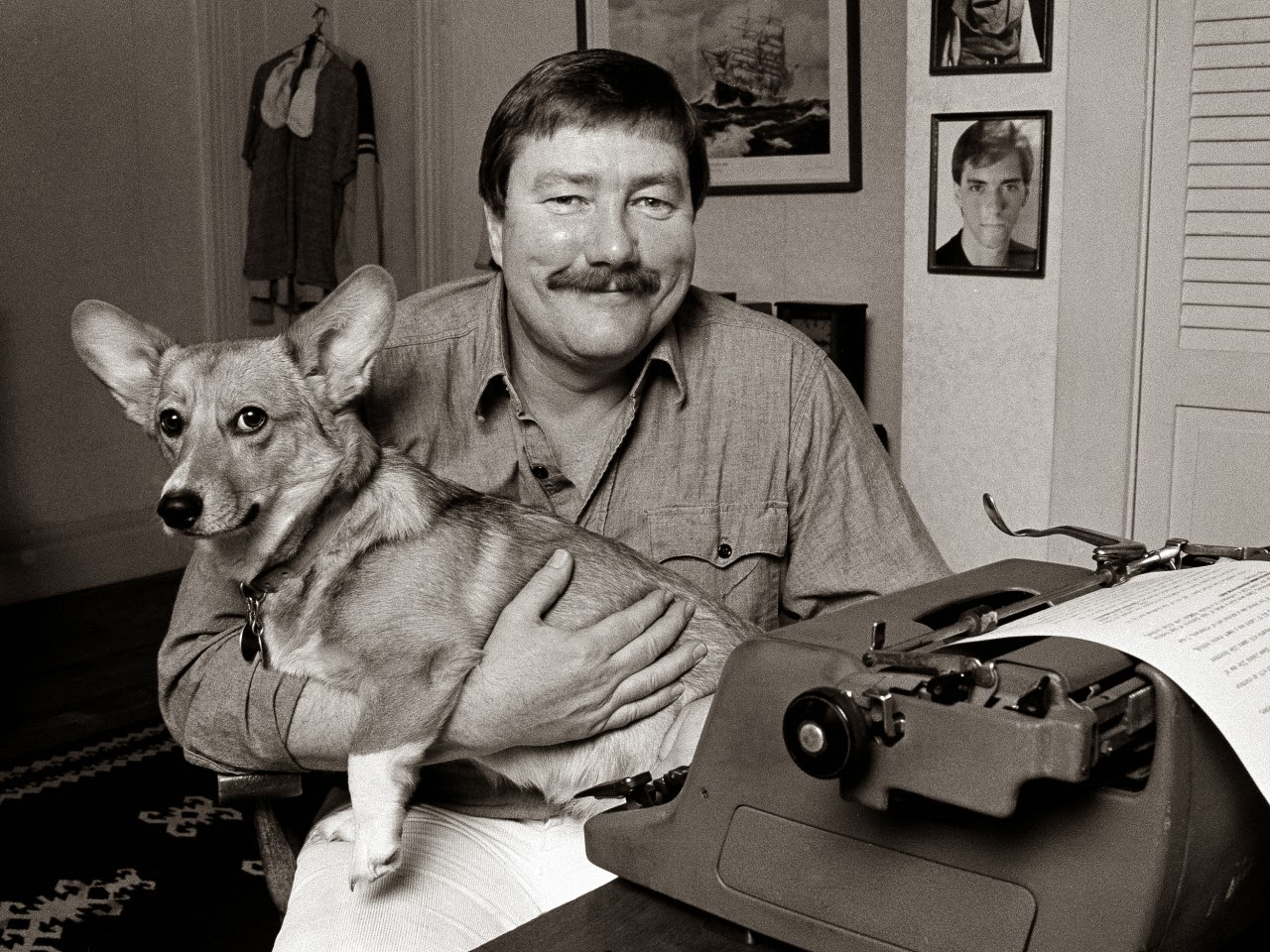 Robert Brown Parker was born in Springfield, Massachusetts on September 17th, 1932, the only child of Carroll and Mary Parker.  After earning his BA from Colby College in Maine, Parker served in the US Army in Korea and in 1957 earned a Master’s degree in English Literature from Boston University (BU).  He worked in advertising and technical writing and earned a PhD in English Literature from BU in 1971 with a dissertation titled “The Violent Hero, Wilderness Heritage and Urban Reality”, which discussed the exploits of fictional private-eye heroes created by Dashiell Hammett, Raymond Chandler, and Ross Macdonald.  He wrote his first novel in 1971, became a full professor in 1976 and turned to full-time writing in 1979 after five Spenser novels had been published.

He said, in interview, that he met his wife Joan when they were both toddlers, but they did grow up together and were married in 1956, having two sons, David and Dan.  The Spenser character was originally going to be called David but since Parker didn’t want to favour one son over the other, the name was omitted and Spenser’s first name remains unknown.

The Spenser novels are also known for including characters of varied races, sexuality and religions, which critic Christina Nunez believes give his writing “a more modern feel”.  The homosexuality of Parker’s two sons, again according to Ms Nunez, gives his writing “[a] strong sensibility [toward gay people].”

The books formed the basis of the series “Spenser: For Hire”, which ran from 1985 through to 1988 and was successful in the US (I didn’t know anybody, at the time, who watched it in the UK).  Whilst it had the benefit of a good cast and made great use of Boston locations, it was squashed to fit the standard TV format with ‘the cool car’ and funky apartment (a firehouse at one point) which were never in the books.  Robert Urich made an excellent Spenser and he, Barbara Stock (Susan) and Avery Brooks (Hawk) always appear in my minds eye (and Hawk’s “Spen-sah!” is how I read his greeting too).  Richard Jaeckel and Ron McLarty played the homicide detectives Lt. Martin Quirk and Sgt. Frank Belson respectively, though McLarty was missing the heavy five-o’clock shadow Parker always comments Belson on having.  Whilst I never saw it (perhaps it didn’t reach the UK), Hawk also got his own series, “A Man Called Hawk”, that ran for 13 episodes in 1989.

As well as continuing the Spenser series, Parker was asked by The Raymond Chandler estate to complete Chandler's last, unfinished Marlowe novel, “Poodle Springs”. He did so, in 1989 and followed it up the following year with “Perchance To Dream”, a sequel to Chandler's first Marlowe novel, “The Big Sleep”.

Starting in 1997 with “Night Passage” and taking in nine novels, Parker created a series featuring Jesse Stone, a flawed, alcoholic Californian detective who tries to start a new life as the Chief Of Police in a small Massachusetts town.  The books became the basis of a series of TV movies starring Tom Selleck.  Parker also created the character of Sunny Randall (a Boston-based private eye who began life initially as a possible project for the actress Helen Hunt) and wrote six novels, starting with “Family Honor”, from 1999 to 2007.

His prolific output (he refused to romanticise the act of writing and was quoted as wondering why plumbers never came down with plumber’s block) also took in several stand-alone novel and a popular Western series (including the acclaimed novel “Appaloosa”).

The Judas Goat, by Robert B. Parker
Hired by a rich businessman, disabled in a terrorist attack that killed his wife and children, Spenser is soon on the trail of the Liberty group in London.  Discovering they are part of a larger group, with plans to liberate South Africa for the whites, Spenser calls in Hawk and goes after the unit, from London to Copenhagen and Amsterdam and finally to the Olympics at Montreal.

Told with brazen wit, a keen eye for detail in location and character (and there are some terrific characters in here), this is prime Spenser.  The interplay between him and Hawk - and Susan - is wonderful and undercuts the violence and bloodshed nicely (there are several deaths here, plus a massive fight at the end that might be cartoon-ish in someone else’s hands).

Very enjoyable and very highly recommended.
(read in memory of Mr Parker, who died 19/1/10, the day before I started reading this)


I didn’t know anyone else who read the series until I’d been published myself and, chatting with fellow writer Stuart Young at a gathering somewhere, we discovered a mutual love of Spenser.  Over the years since we’ve talked a lot about the books - and other crime writers - and although he’s read the Jesse Stone novels (and even got some for me), I’ve never read them or the Westerns (not really my genre).  I did read “Shrink Rap” (2002) featuring Sunny Randall but didn’t particularly enjoy it.

I won’t argue that all of the Spenser novels are brilliant, but even the weakest of them are wonderfully readable, with Parker's clipped, breezy style quickly pulling you along (and, generally, he always delivers the story well).

Parker received three nominations and two Edgar Awards from the Mystery Writers of America, the first for “Promised Land”, the second being the Grand Master Award Edgar for his body of work in 2002.  In 2008 he was  awarded the Gumshoe Lifetime Achievement Award.